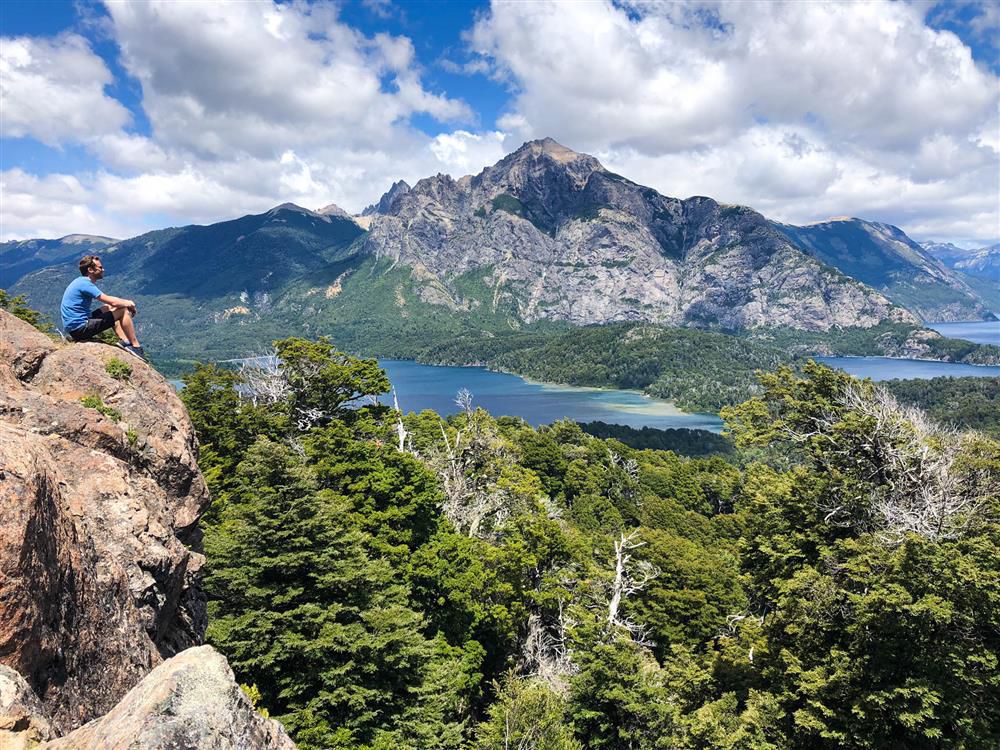 Travelling for months is (unsurprisingly) so different to short holidays. Something that might have been extraordinary becomes part of everyday life quite quickly. I don’t want to forget the magnitude of what we’re doing too often, so I like to do this thing.

I’ll be drinking coffee, catching a bus, standing in line, and I’ll say to myself, “I’m in Argentina.”

“Someone cut in front of me in the queue – in Argentina though.”

“I walked kilometres to find a yellow fever vaccine, and the clinic is closed – but in Argentina!”

And suddenly I’m in full-on holy-shit-I’m-on-a-six-month-sabbatical mode, which comes with a pleasant little shot of adrenaline.

Some days, though, this little exercise is entirely unnecessary. 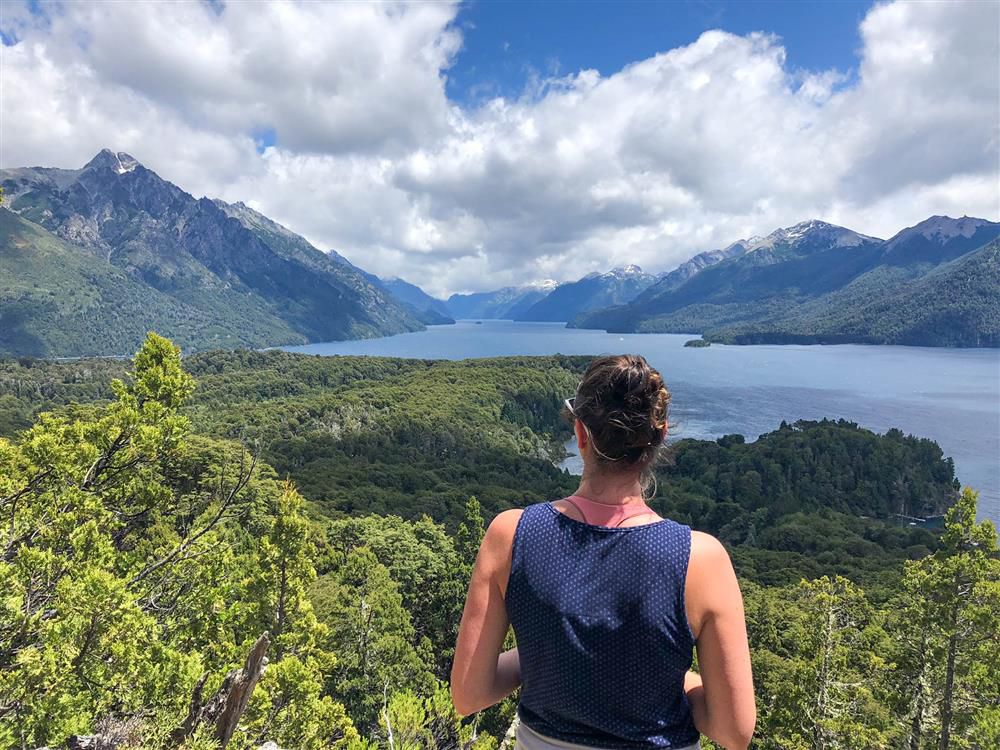 Yesterday, we took a bus out of town and hiked Cerro Llau Llau. After a frustrating previous day, being out in such an exquisite park – even in borderline gale force winds – was incredible.

We walked through forests, up a mountain, down sandy paths, and onto the prettiest pebbly beaches, gloriously sheltered from the wind. It was like being inside a painting. 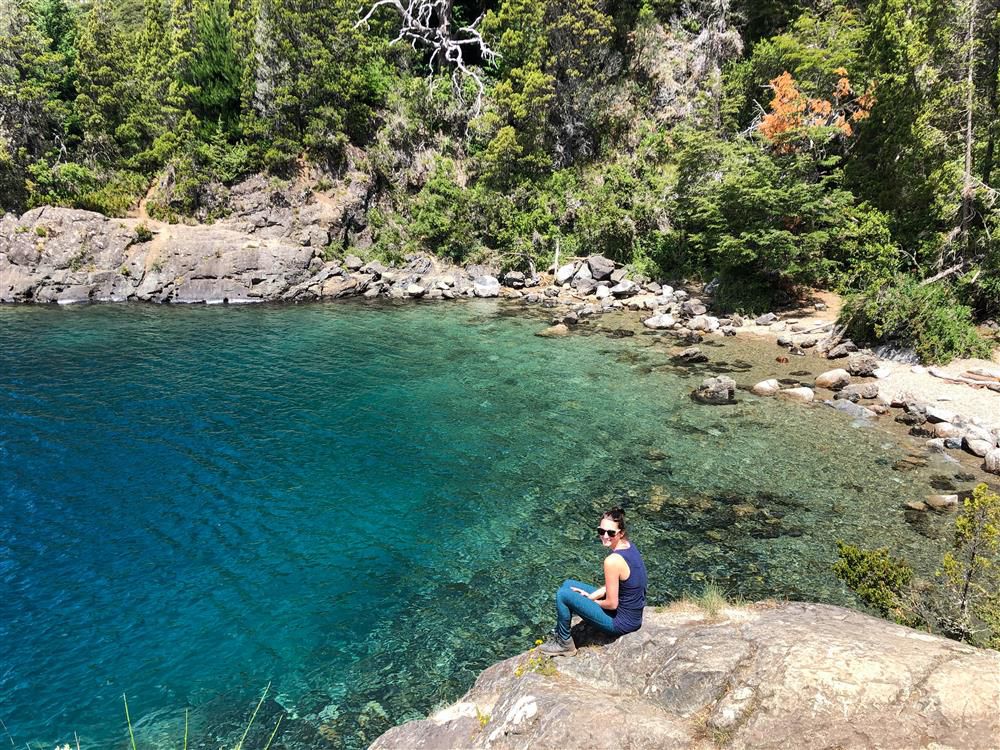 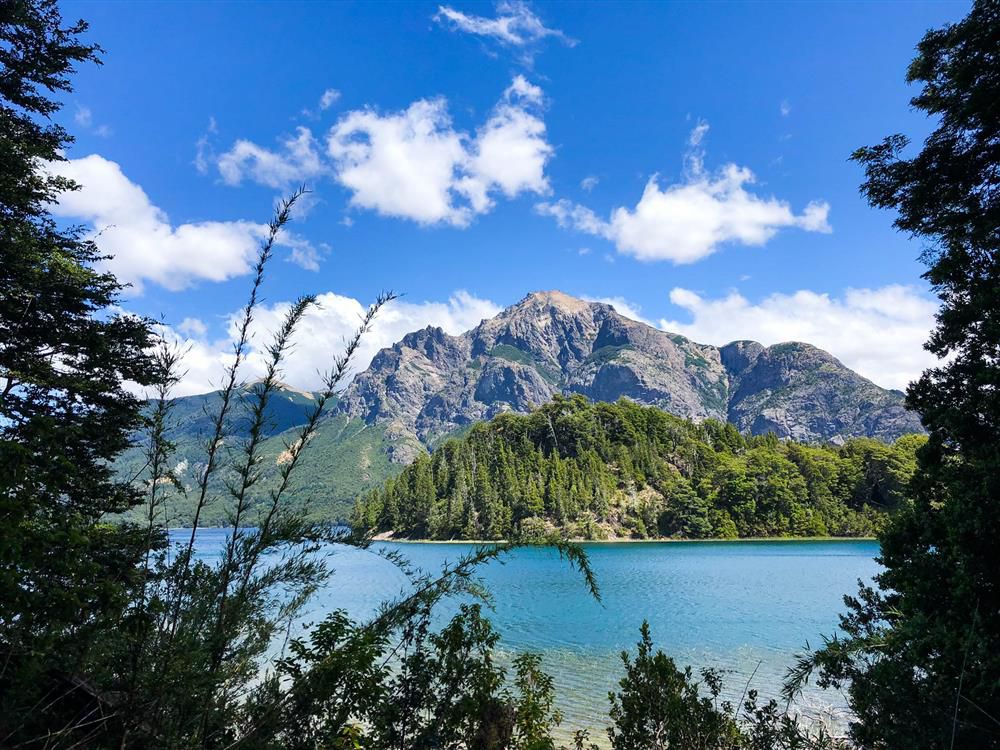 My ankle did so well – right up until we stood on the packed bus for an hour on the way back into town at the end of the day. Then it had had enough, thanks.

Just as we were pulling into town, still pretty far from our accommodation, Joe suddenly looked alert.

“Did you see that sign?” he said. “It said ‘Vaccinations’. Let’s get off!” I had to dig deep. But this was important. So I stepped into the icy wind. The sign Joe had seen was now quite a distance back, so he suggested I sit and wait while he went to investigate, and I did not argue with this plan.

A while later, he came running down the pavement, indicating that we should hurry and catch the bus that had just pulled up in front of me. I lunged towards it with my hand up… and it pulled off into the traffic, the passengers glancing down at me with little sympathy.

I looked at Joe. “Were they open? What did they say about vaccinations?” His reply was hard to hear in the wind. “The sign said ‘Vacaciones’.”

If you’re wondering if I laughed or cried, the answer is: yes. 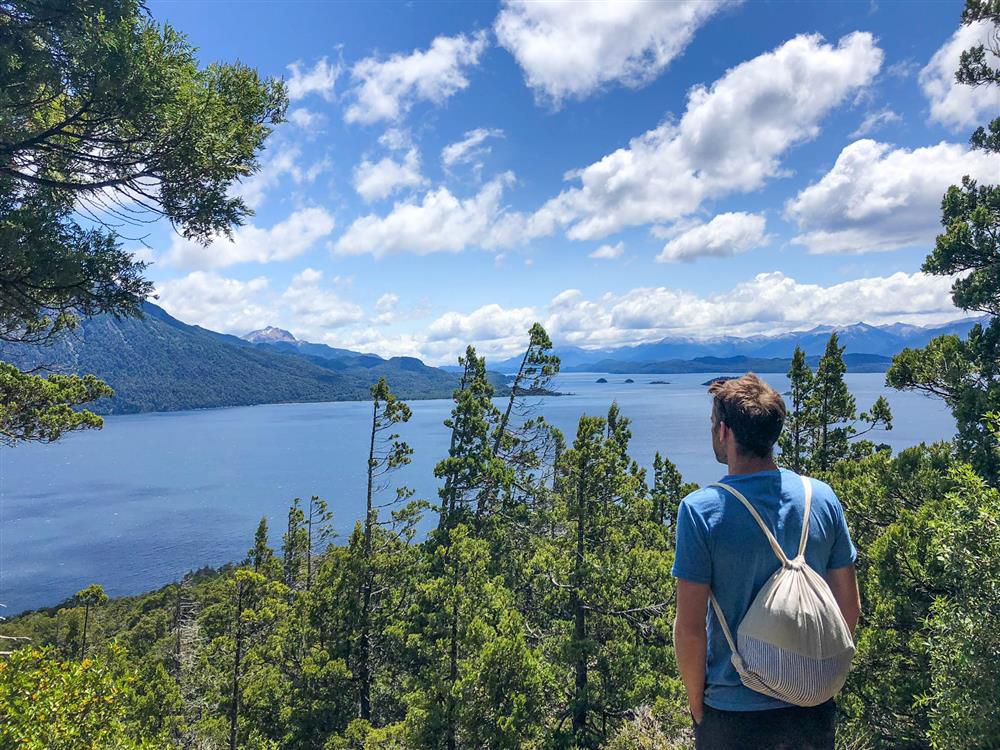 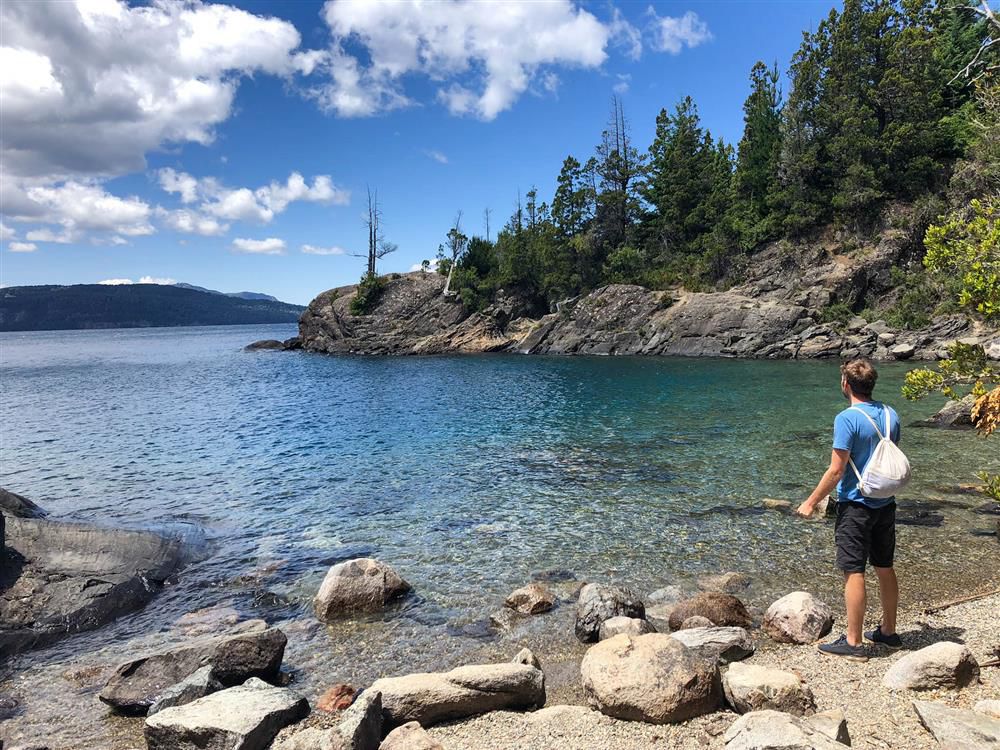 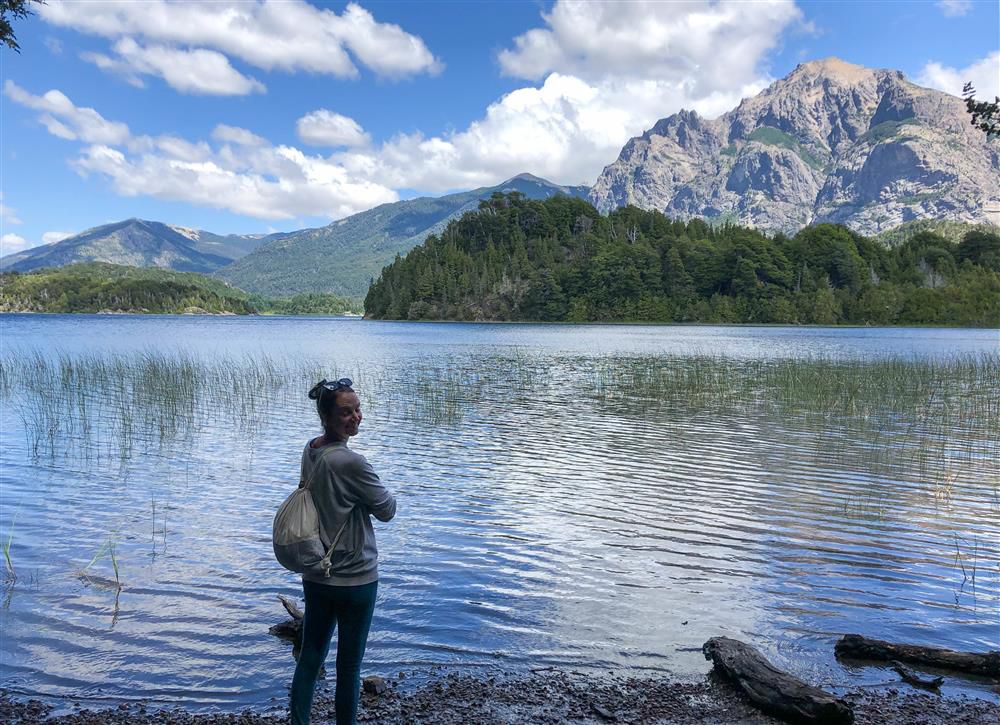 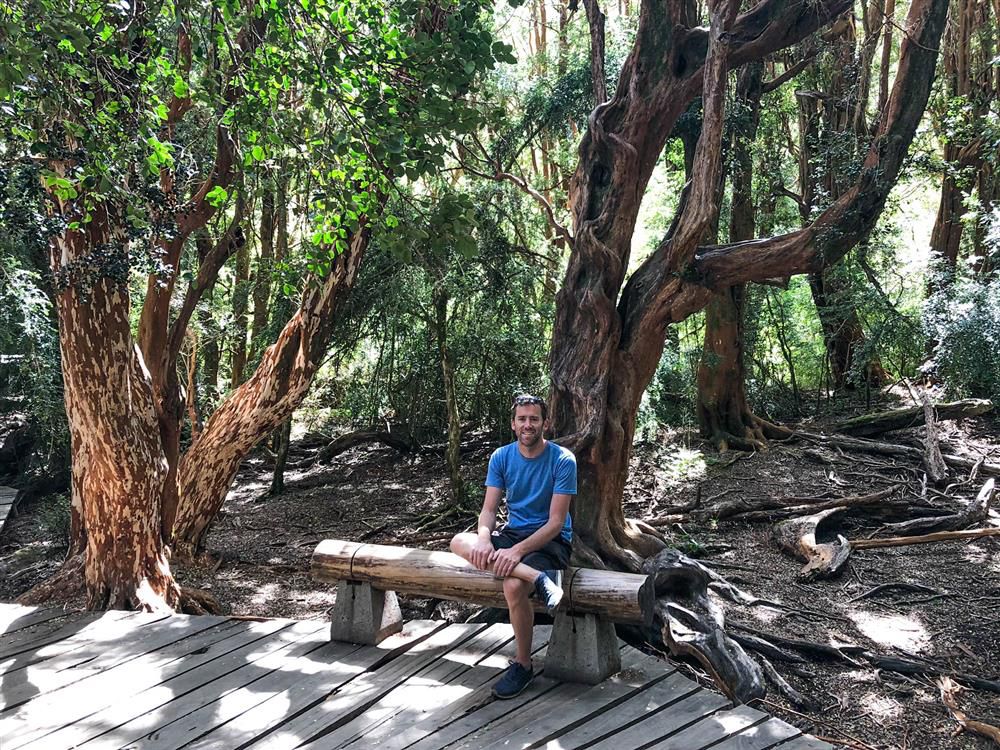