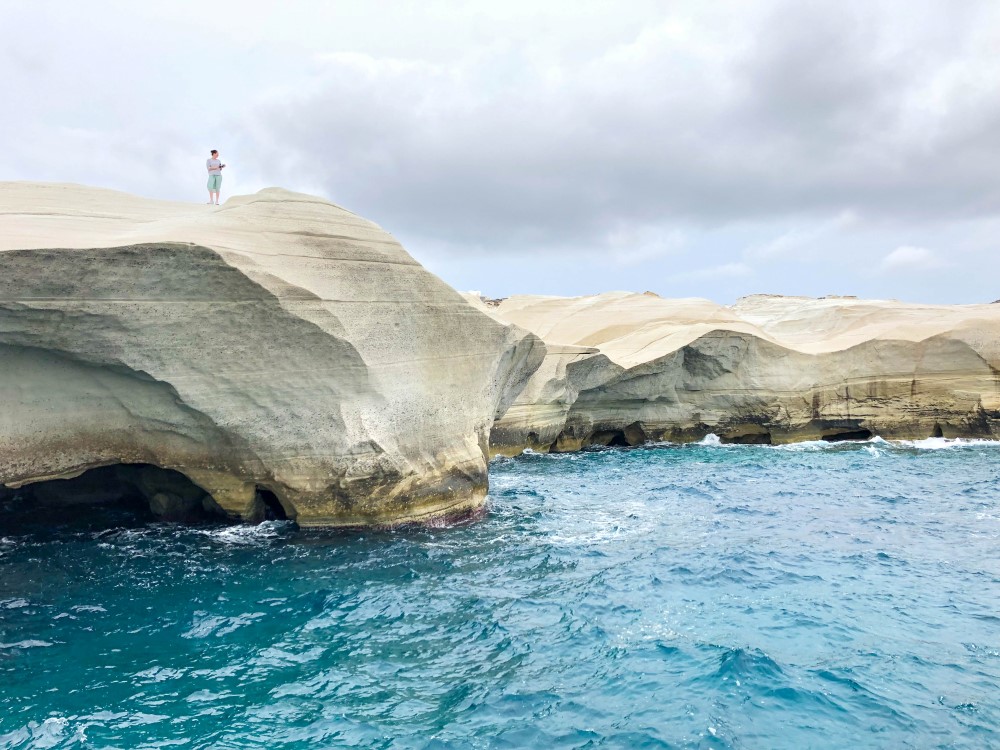 While the first destination of our sabbatical was Athens, where we spent two days in the beautiful chaos of frank, friendly locals and sunburnt tourists decked out in gold olive branch Alice bands, for me, it felt like it truly began on Milos.

We stayed at a peaceful little place with classic Greek white-washed walls and blue window frames, close to what turned out to be our favourite beach on the island, Sarakiniko. The guesthouse was run by Margarita, the kindest woman who would greet us each day with a warm, “Good morning! And what about today?” We’d tell her our plans, which beach or mountain or town we thought we’d explore, and she would say, “Why not?”

When we returned in the evening, she would ask what we got up to, seemingly amazed at how far we’d travelled. “Don’t tell me!” she’d gasp. 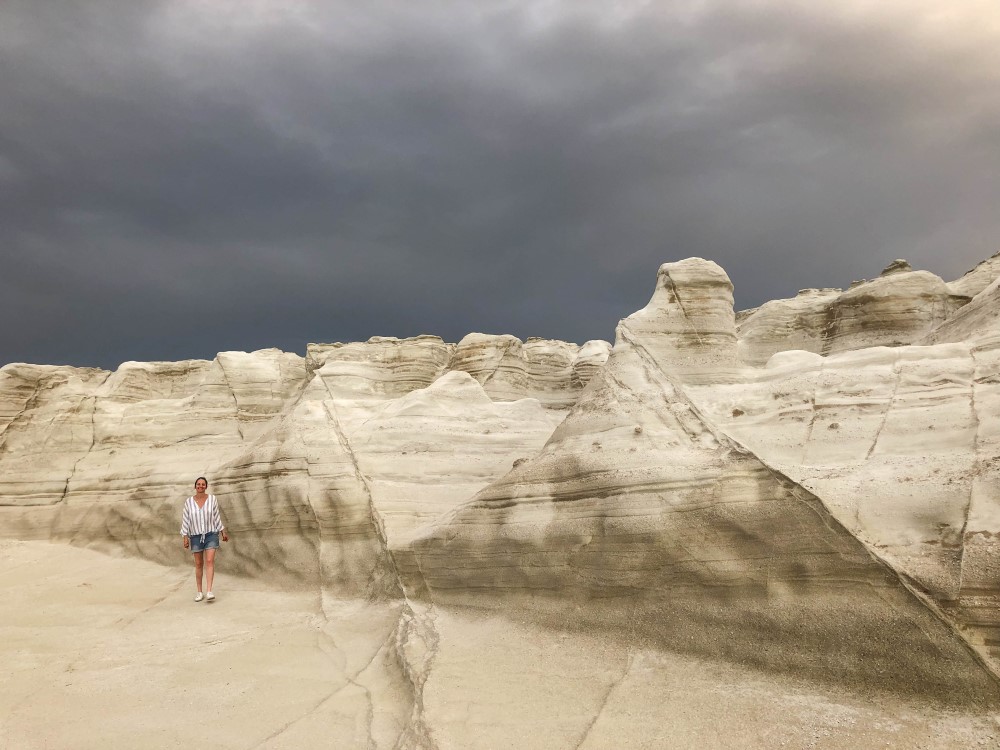 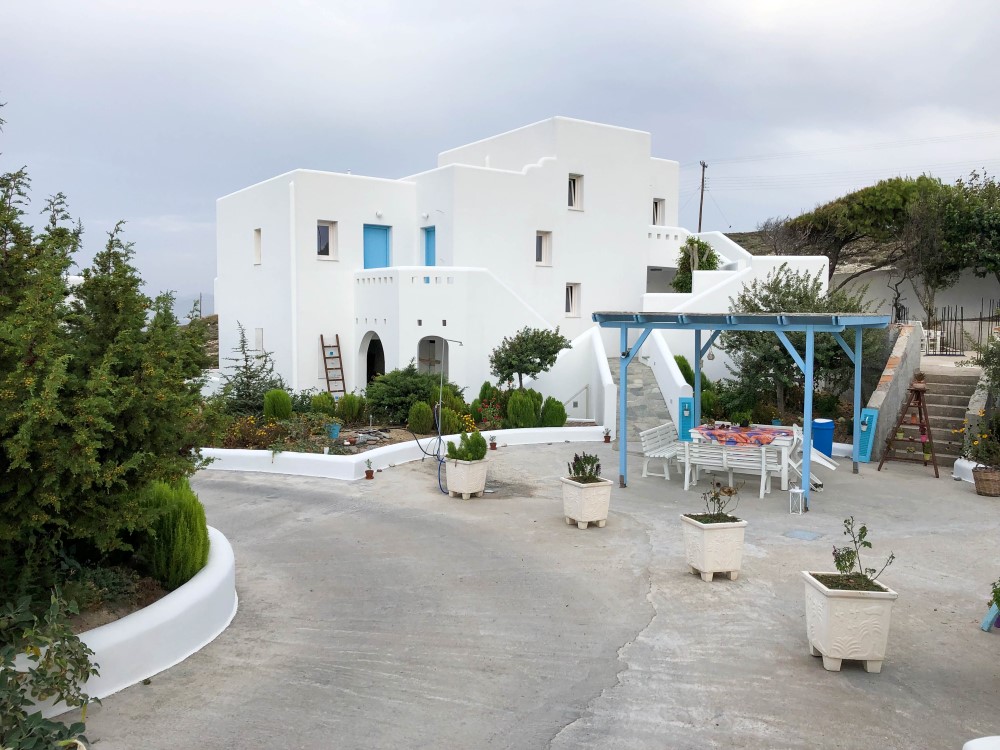 It was Margarita who suggested that we hire a quadbike to explore the island, over a motorbike or a car, because, “You know, it’s more funny!”

She was so right.

The first morning we climbed on the bike and Joe accelerated out of the steep driveway onto the road, the wind whipping my dress as we rounded the corner, I felt a shot of pure exhilaration that was partly to do with the physical experience, and partly because I was thinking, “My God, we are actually on a six-month sabbatical!” 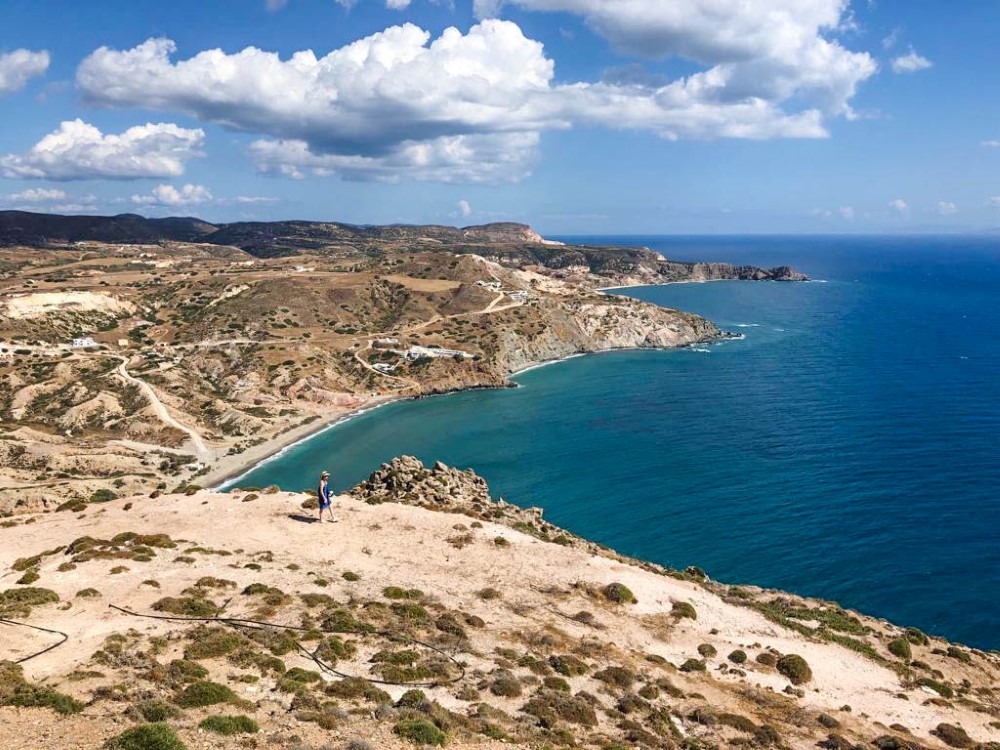 Over the next few days, we explored beaches framed by pink cliffs that reminded me of the rose quartz I used to collect as a child; bakeries where they suggested I try the cheese and mint pie, smiling as I walked back in the door three minutes later to buy a second one because it was that good; mountains with dirt tracks that wound up and up and up as we drove past curious goats but no other people; fishing villages where the doors were painted a rainbow of colours, smudging reflections into the sea; restaurants on narrow, cobbled streets where I was served wine in a gold, half-litre goblet, making me a really fun quadbike passenger; sea cliffs where we leapt into the clear, blue water below without first agreeing who would carry whose shoes where; moonscape-like rocks where the sun set, turning everything luminous, and our plan to just push the cork into the wine bottle suddenly seemed laughably ambitious (although Joe did eventually succeed in one rapid moment, as the stains on my beach towel will forever prove). 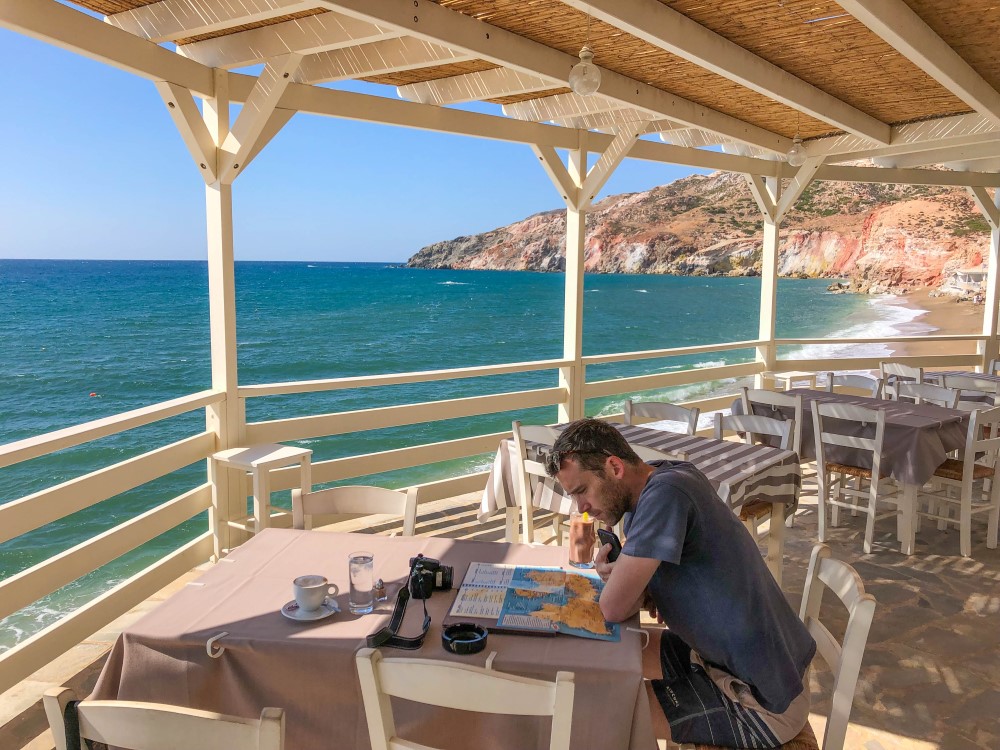 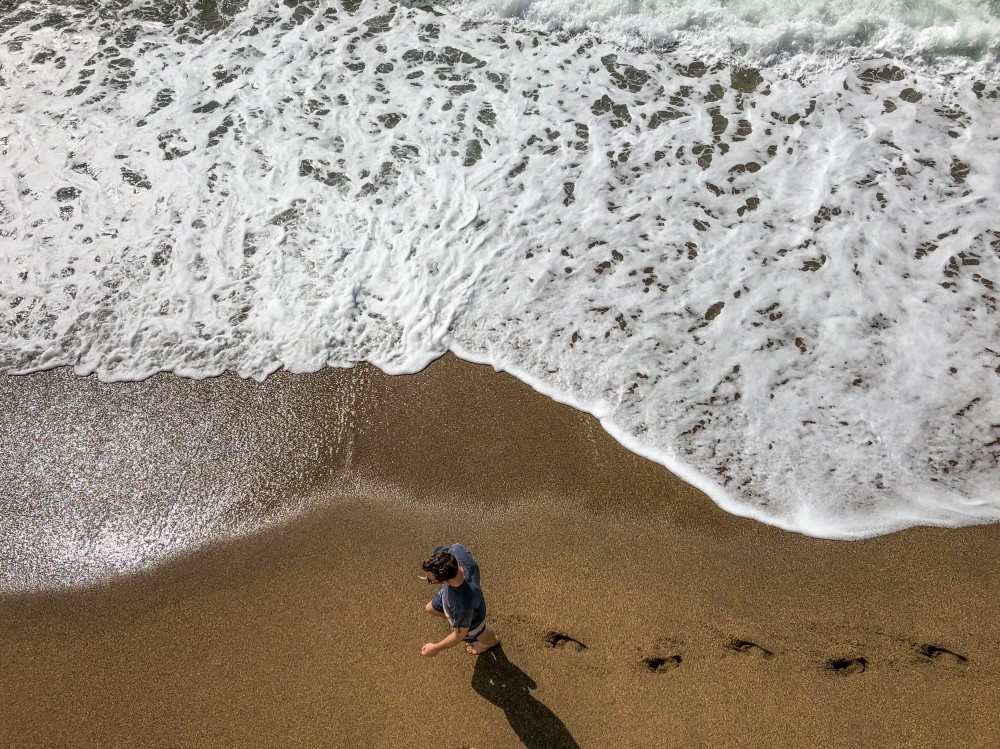 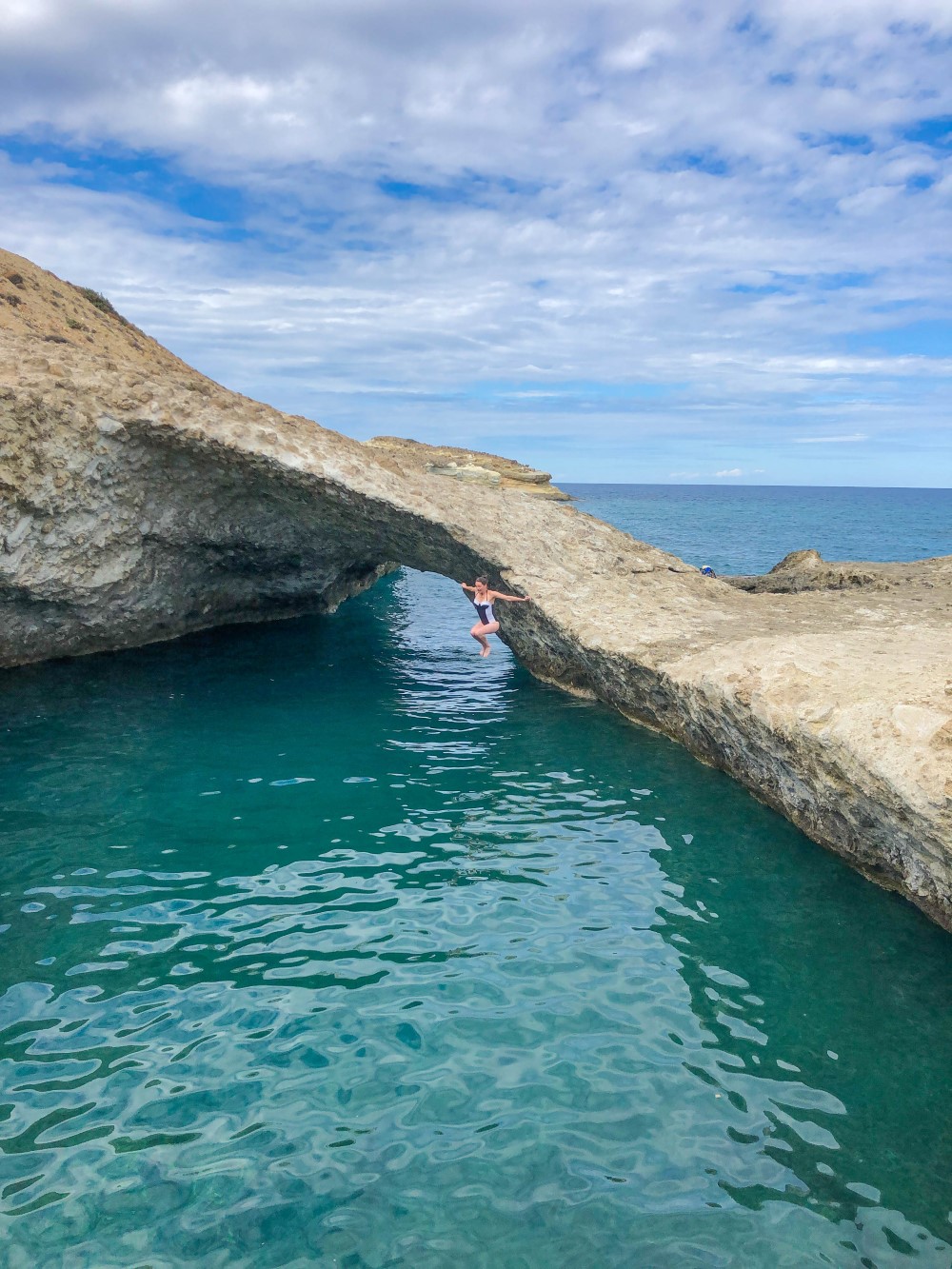 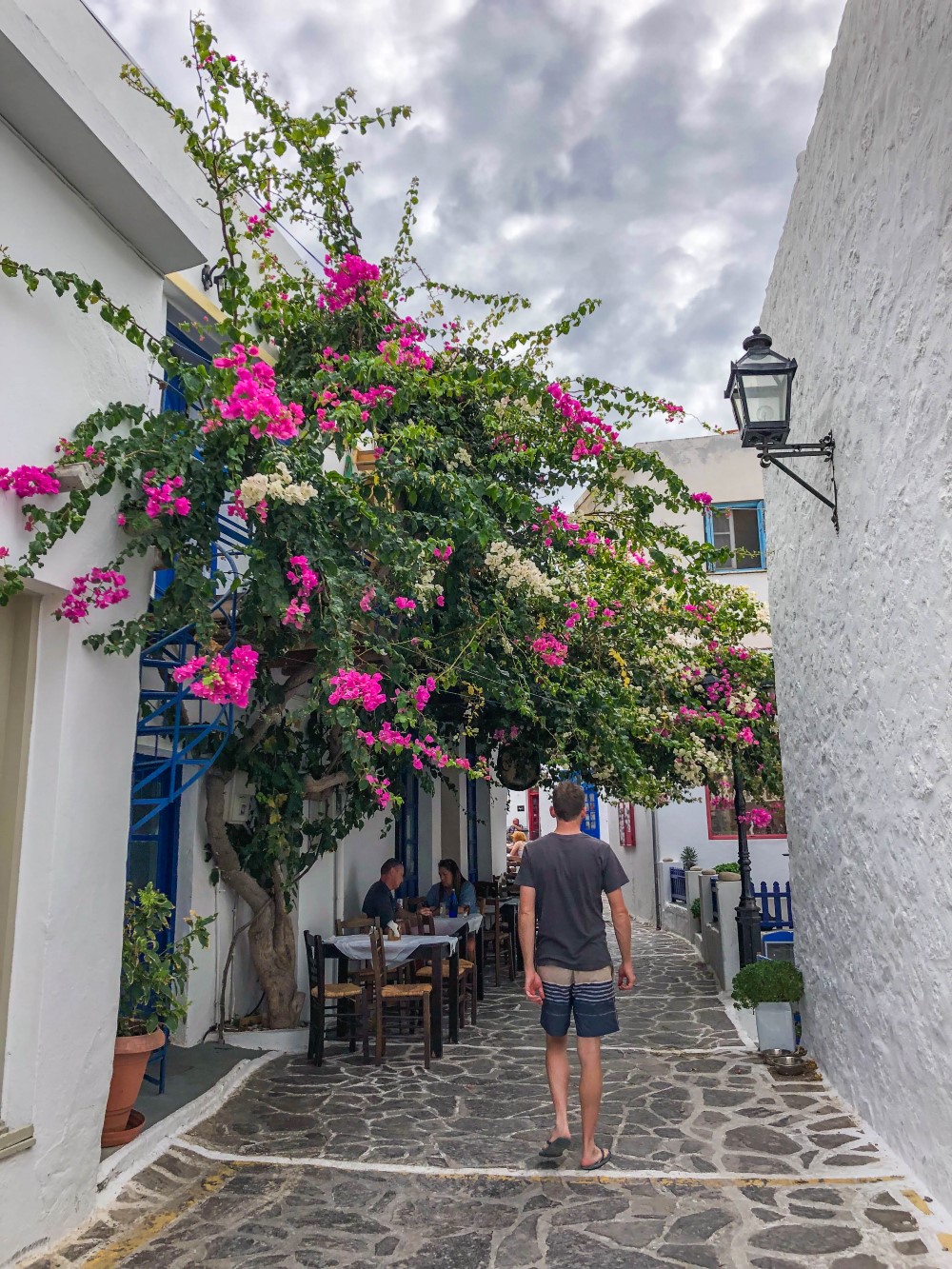 After months of really hard work and the stress of packing up our lives in the space of a few days, it was so wonderful to have time to adventure together, chatting, laughing, sitting quietly, walking, drinking wine, eating apple pie for dinner, driving along as our bodies leaned together into the winding corners.

On our last afternoon on the island, we stopped for petrol, and I walked a little distance away as Joe went to pay the vest-wearing, muscly Greek guy, and I watched another tourist couple figure out where the hell to put the petrol pump.

Earlier in the day, we had spoken about the handy “tap -to-pay” feature of our global credit card we were using, and how efficient it was when travelling. I can only assume this conversation was still fresh in Joe’s mind, because, as he placed the card on the machine the Greek guy was holding, he (unknowingly, it turns out) said a cheery, “Boop!”

The Greek guy looked at him with raised, bushy eyebrows, not knowing quite what to make of this tourist, while Joe, unaware of what he’d just done, thanked him and climbed back on the bike. It was only later that I told him what I’d witnessed that he packed out laughing, amazed and amused. 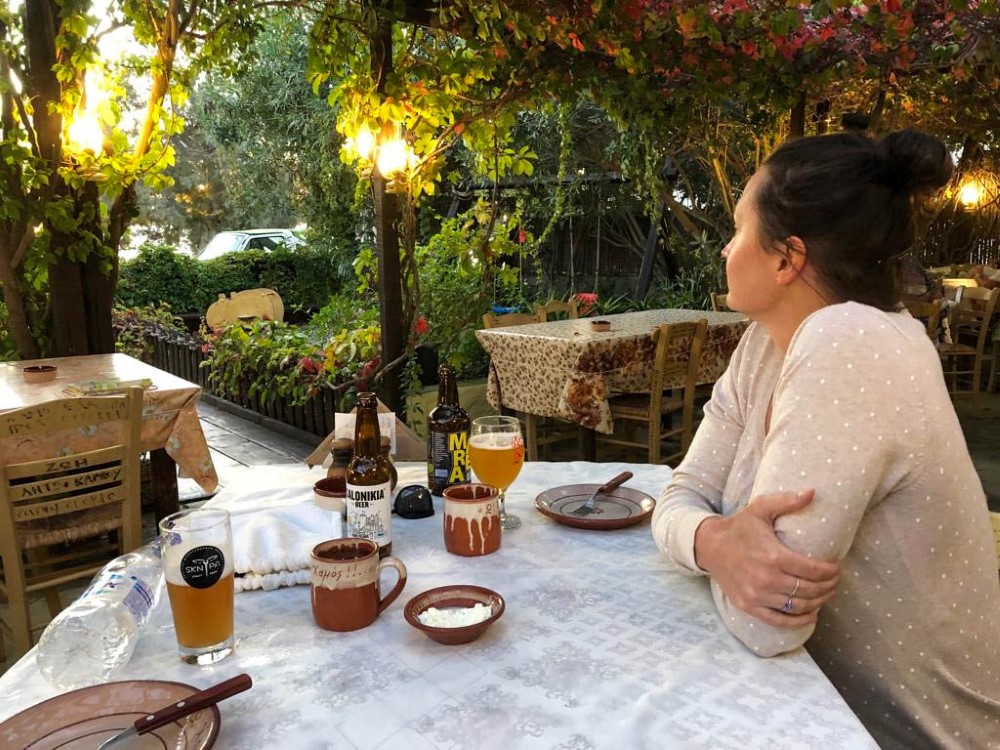 In the evening, we went to a restaurant with handwritten menus, mismatched chairs, and delicious traditional Greek food. As we sipped our drinks, waiting for our orders, I noticed a tiny kid in the garden a little way in front of us. She was sitting on a hippo rocking horse, luckily bolted to the ground, giving it all she had – wearing a mask and snorkel, and a massive smile.

While it wasn’t quite a quadbike, accelerating onto a dusty island road, I reckon I knew exactly how she felt. 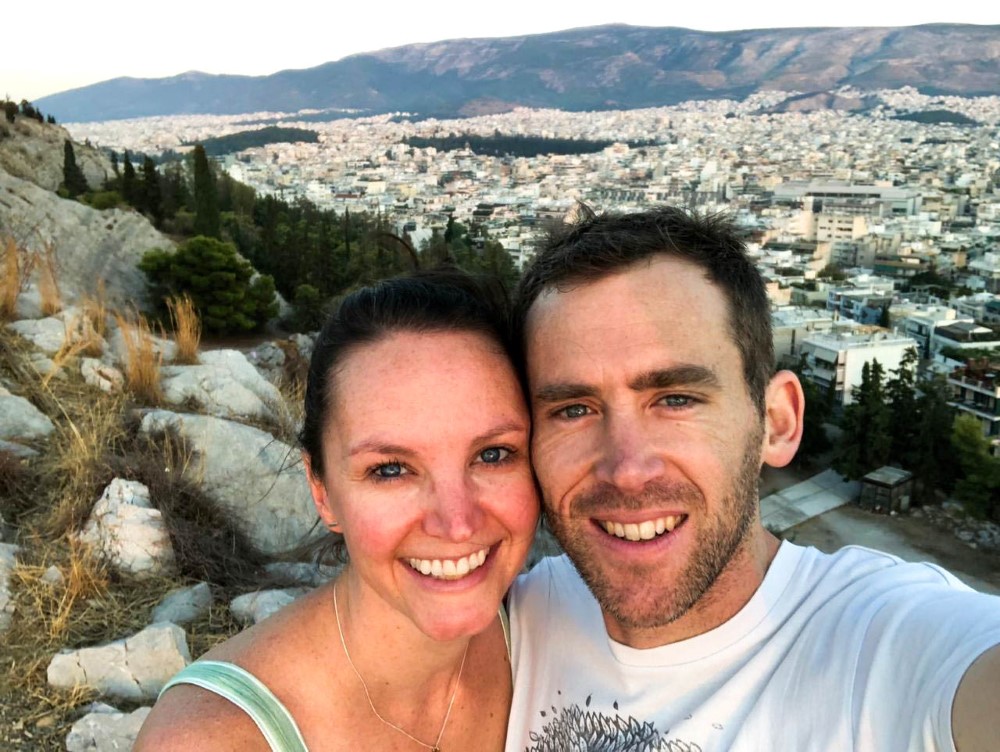 *All photos were taken with our phones. 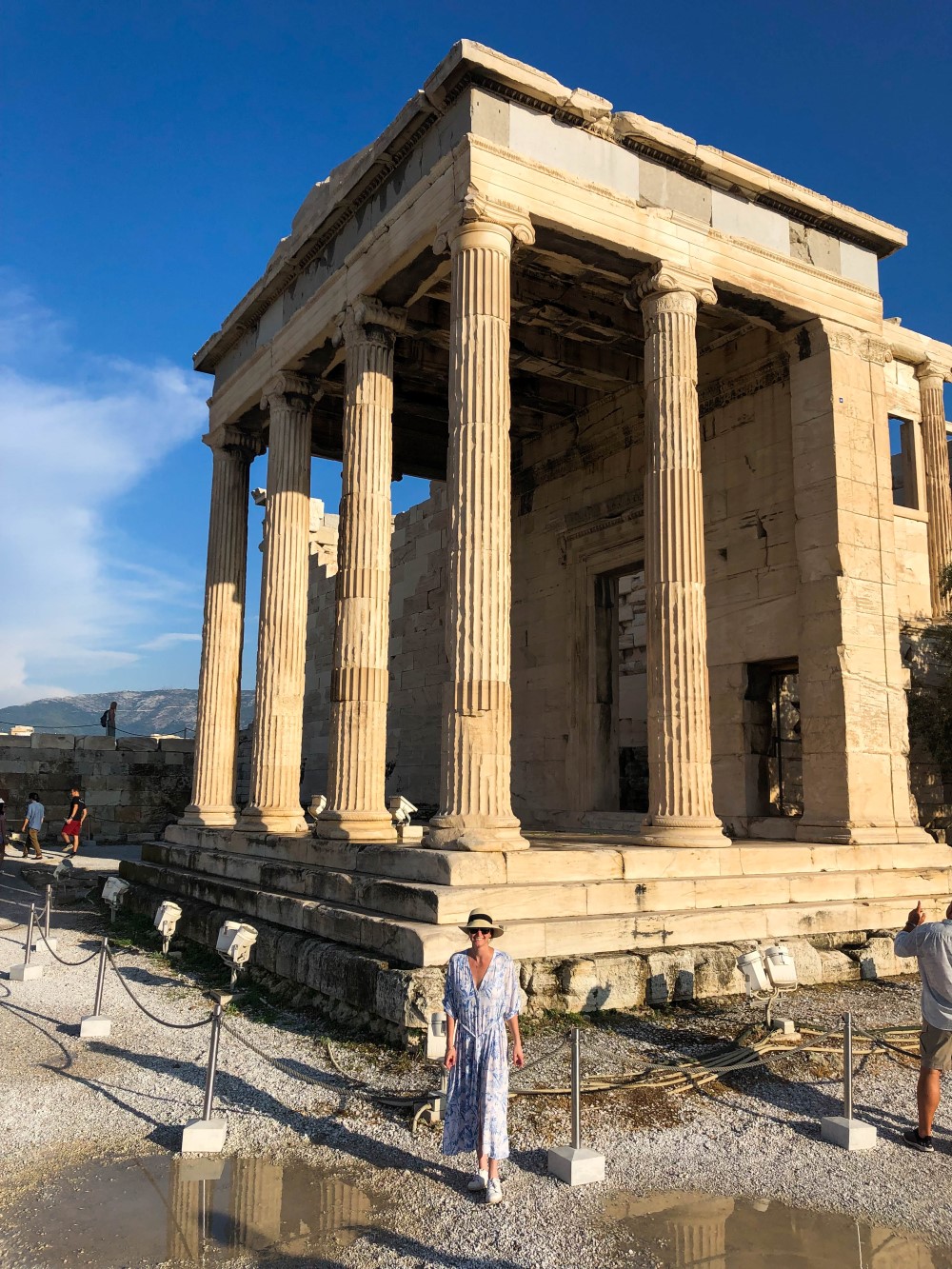 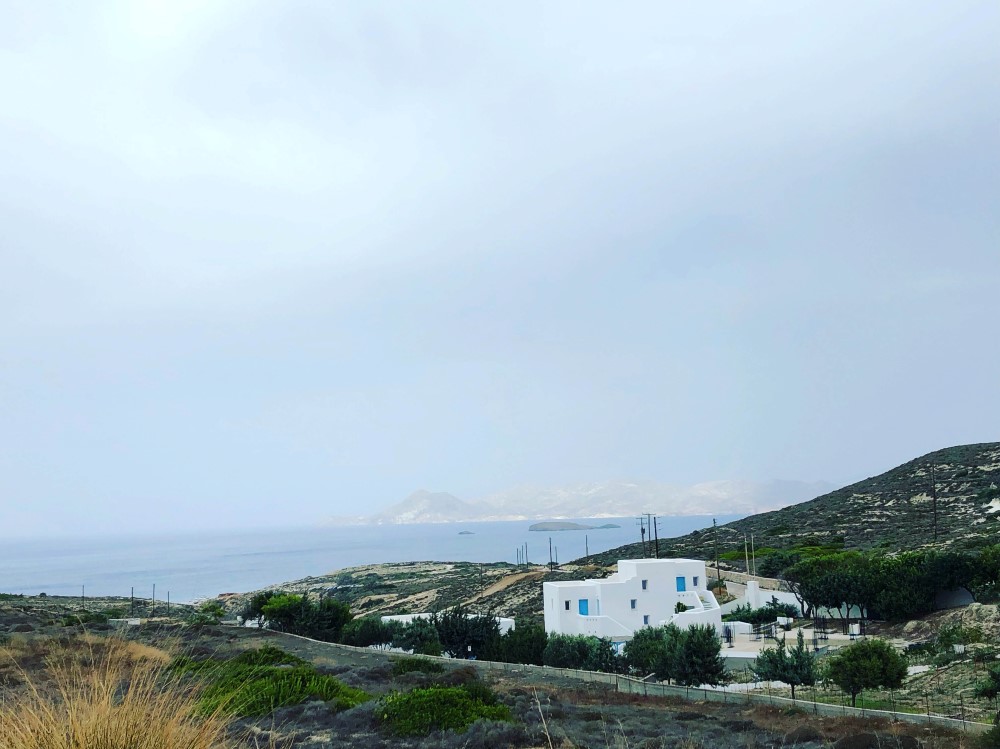 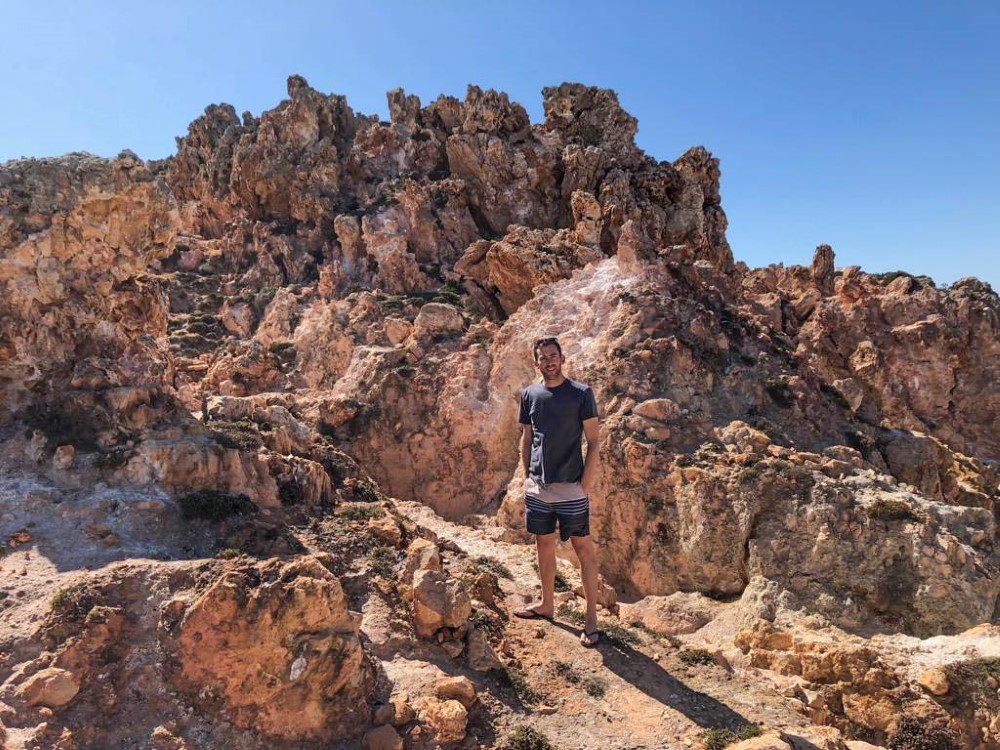 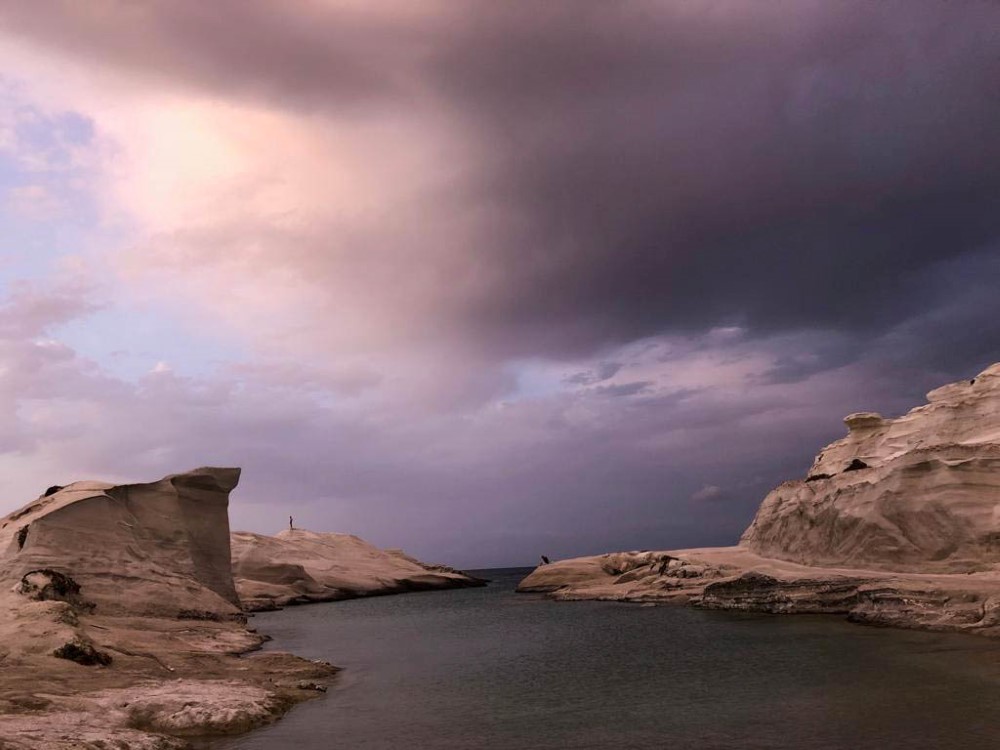 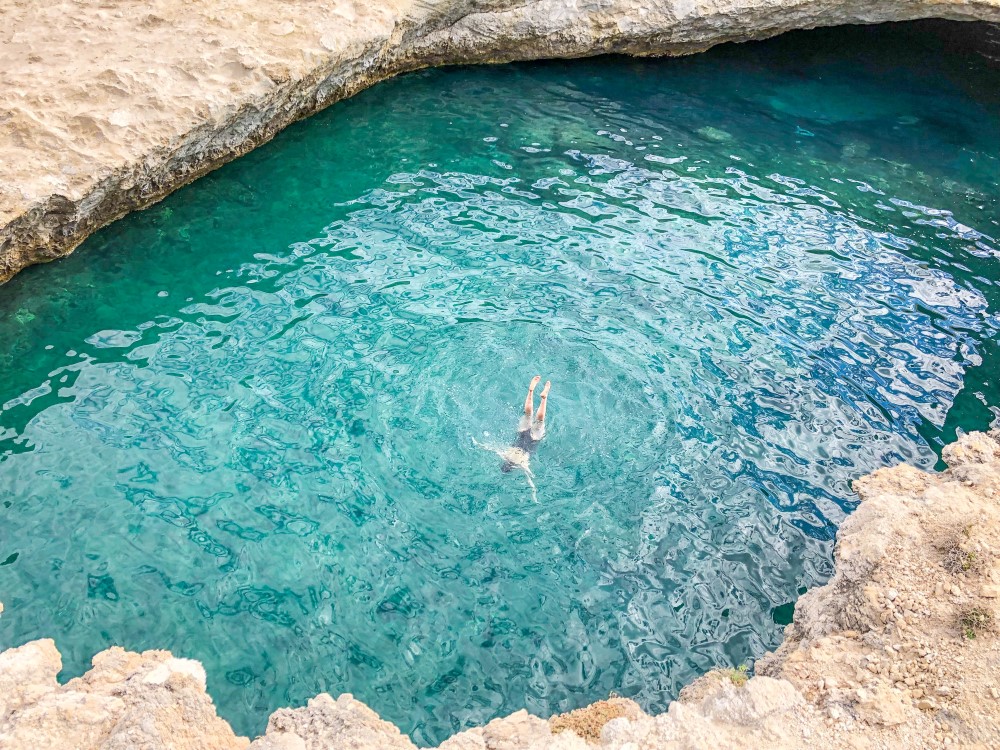 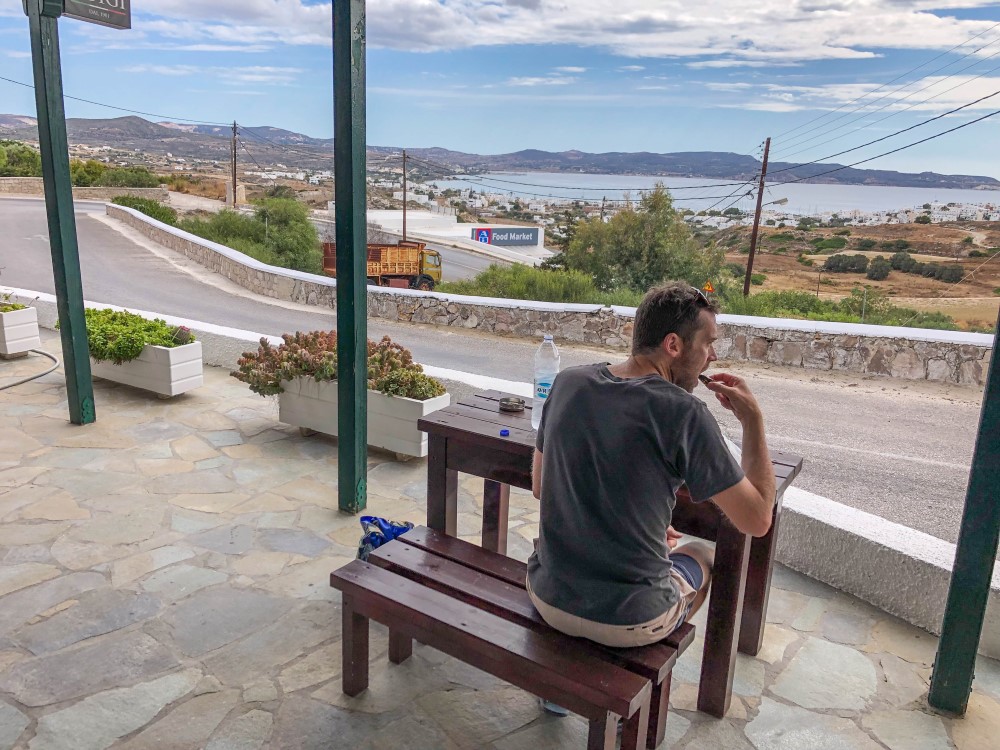 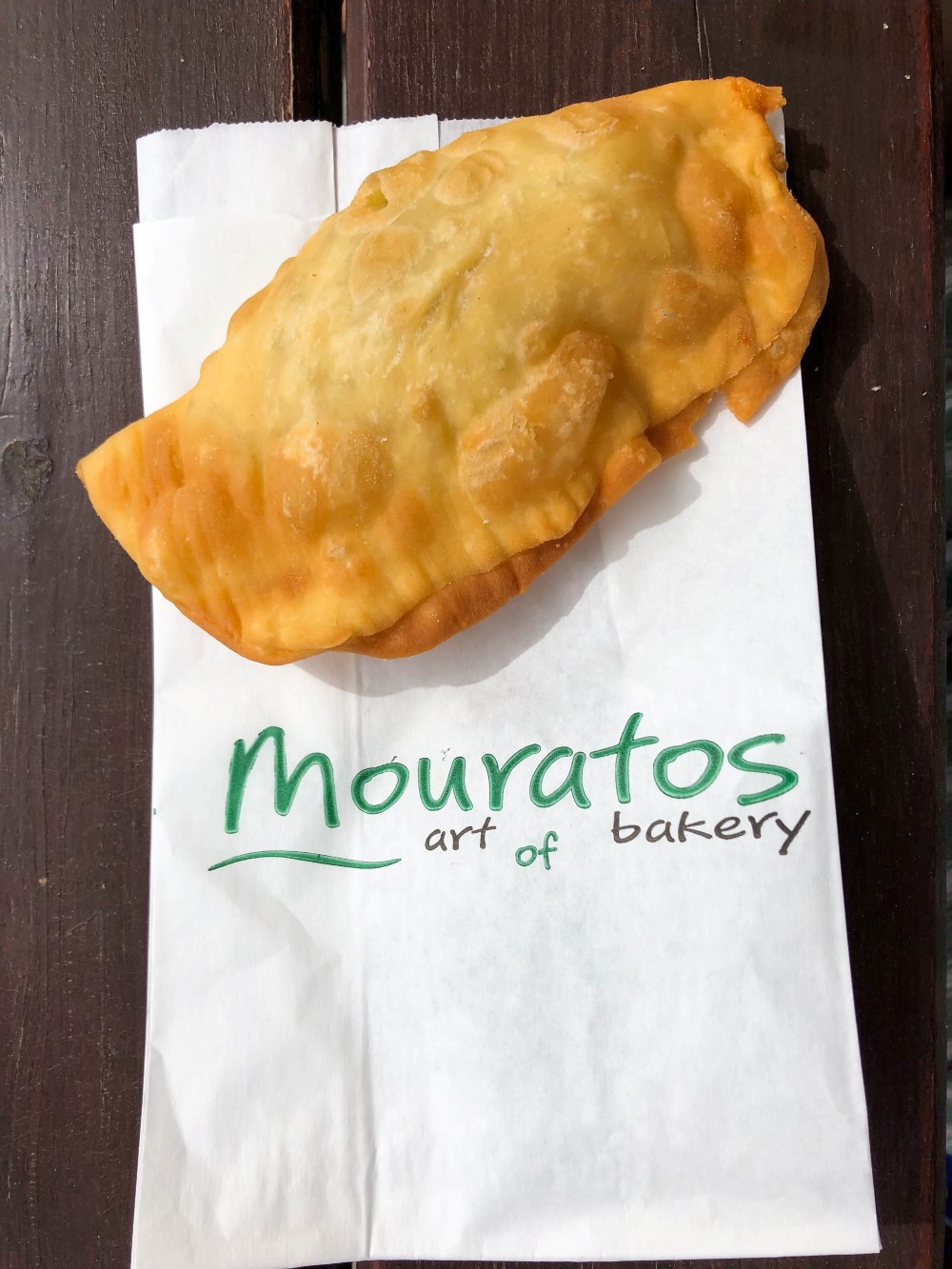 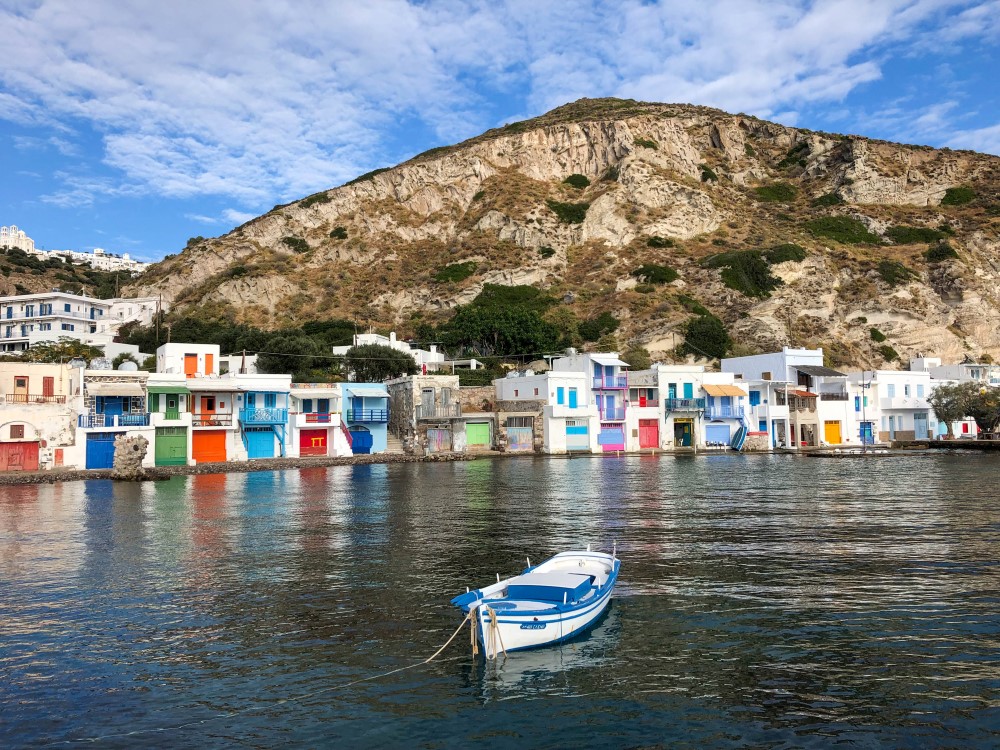 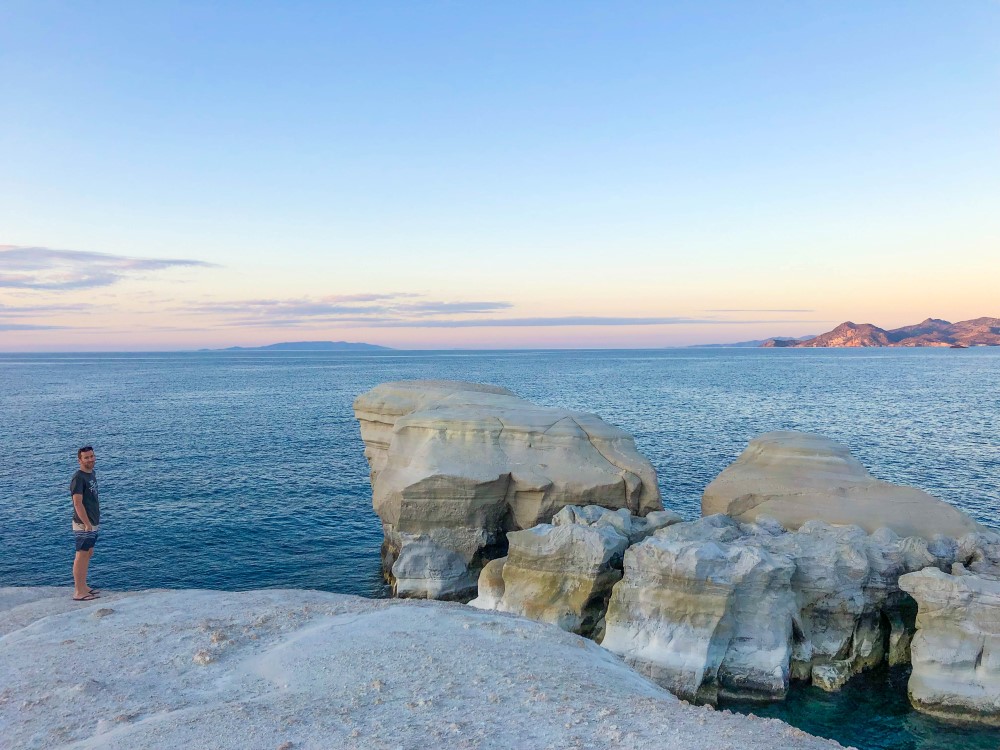 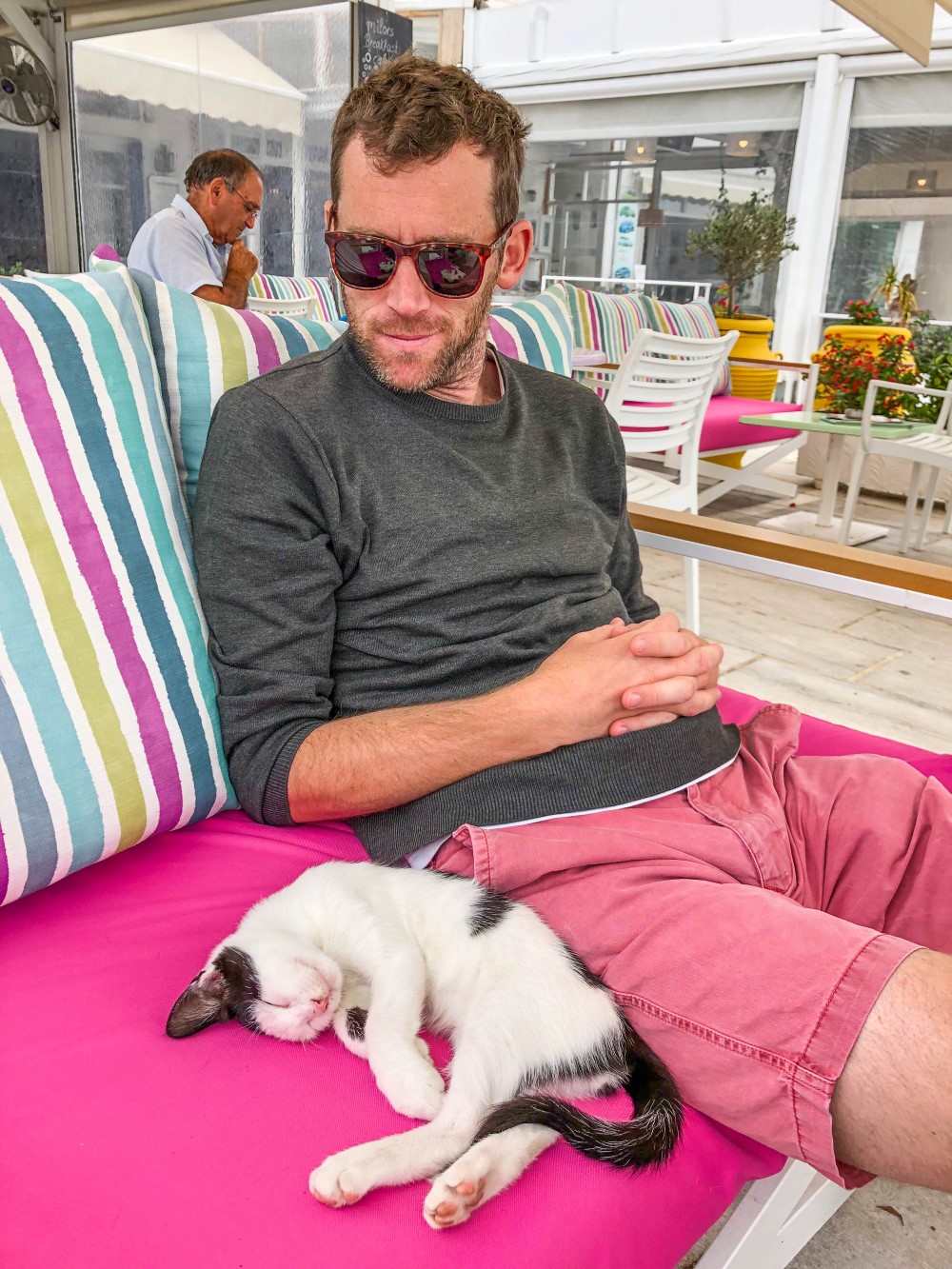 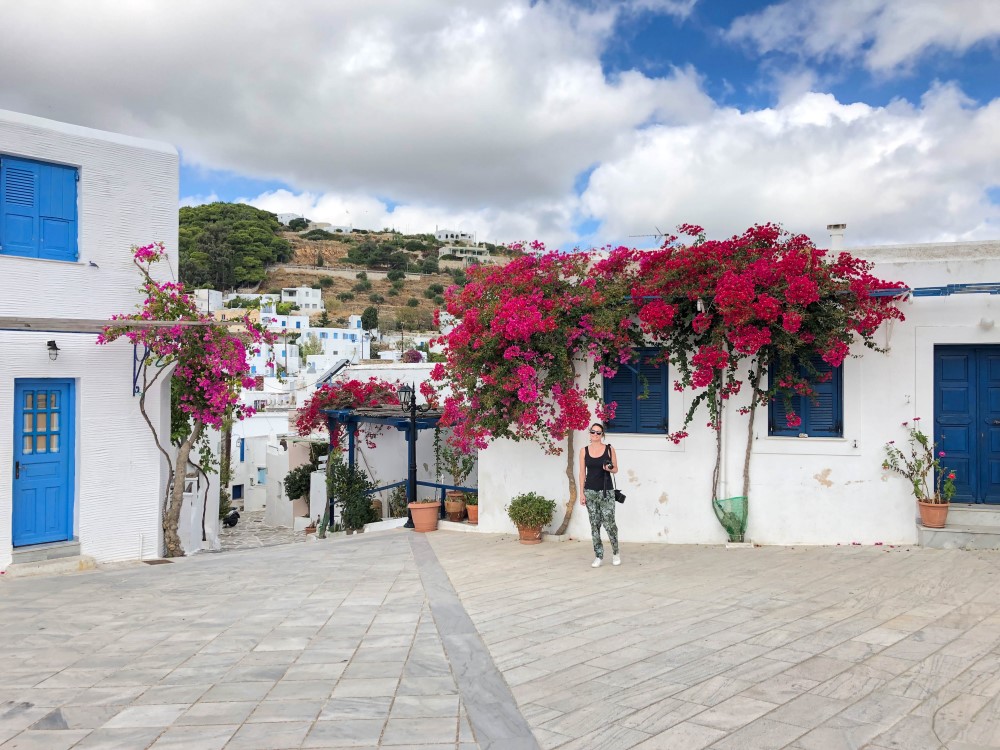 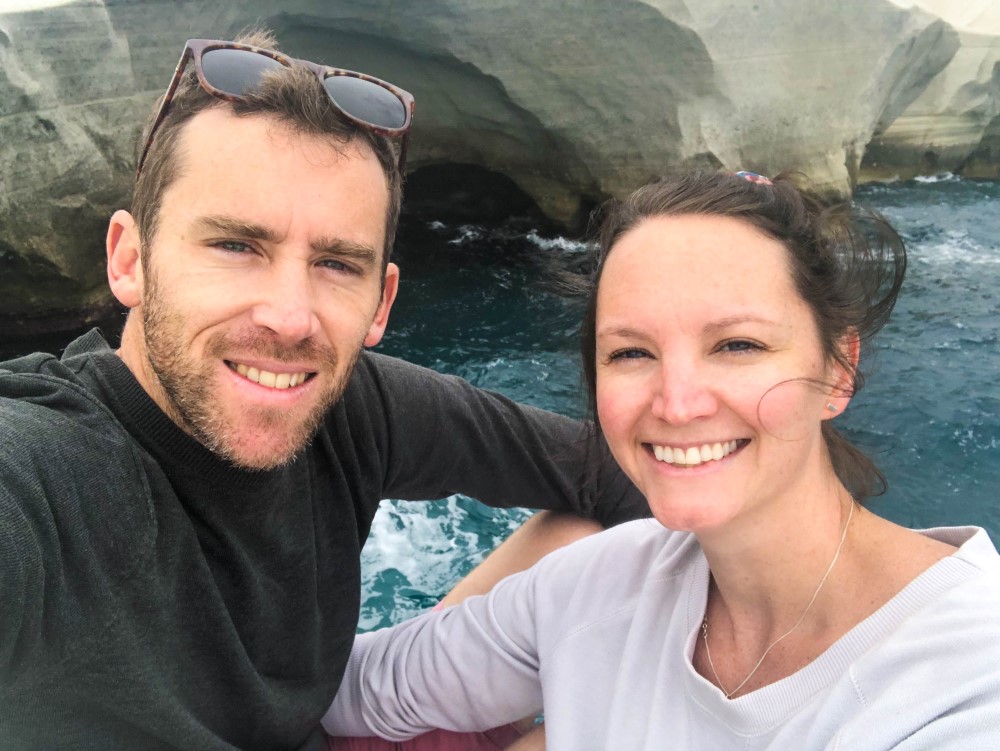 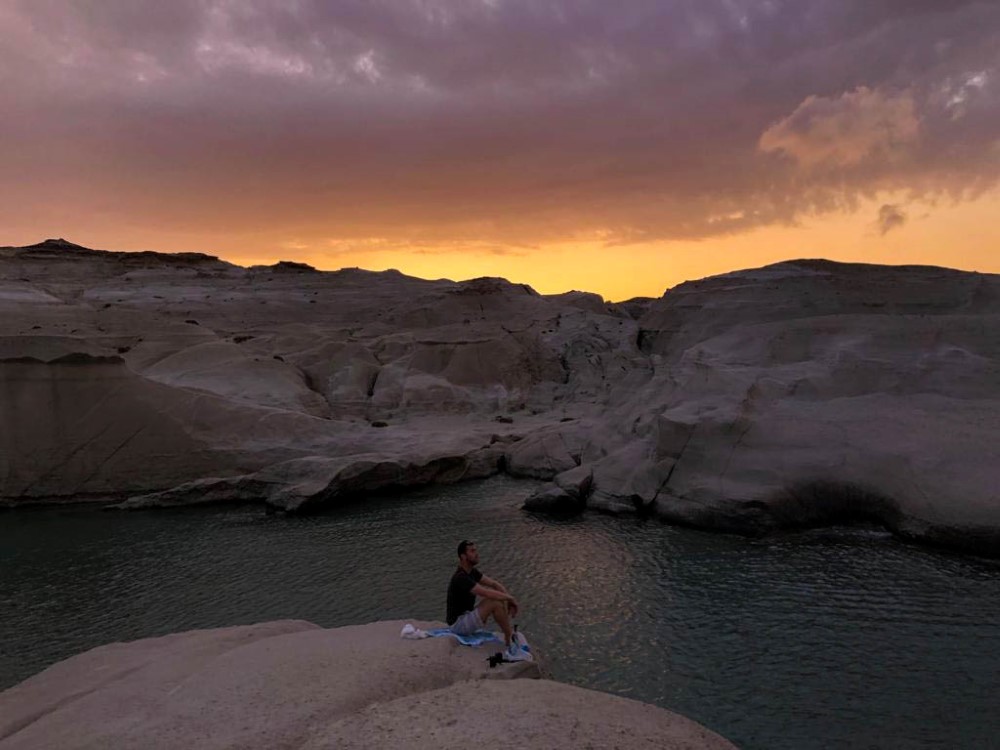 ← Diving Silfra The train from Kandy to Ella →