Proverbs of the bushveld 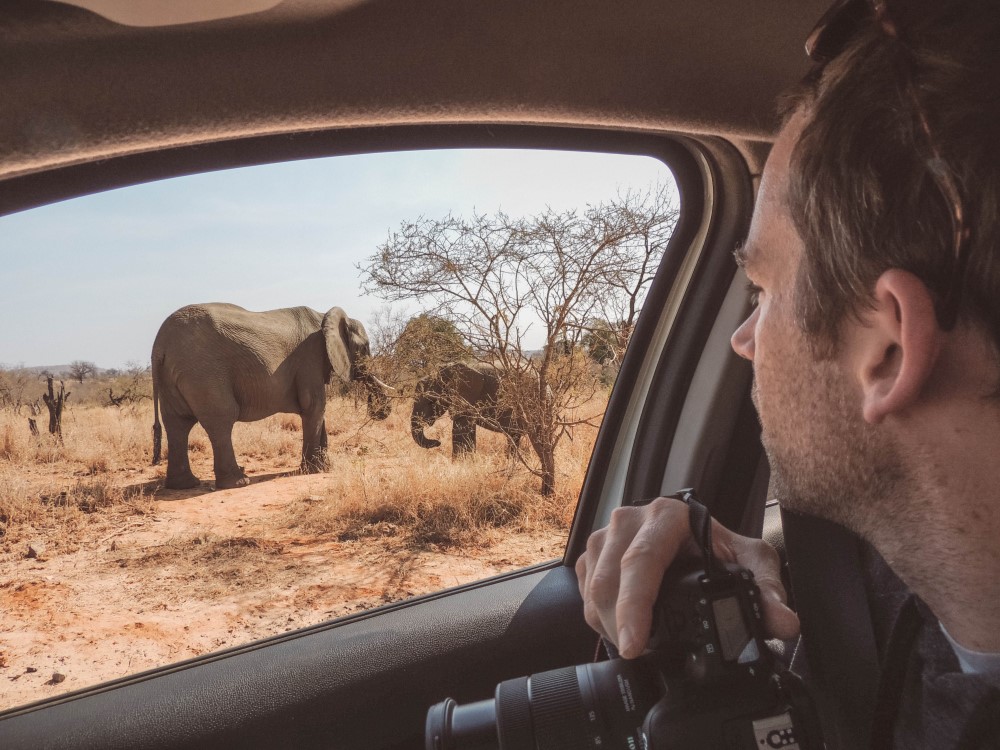 One of my favourite things about the Kruger National Park is that you can be driving the ultimate bush car, have the best binoculars on the market, decades of bush experience, and you can still see nothing more remarkable than a saddle-billed stork eating a frog. The whole trip. Or, five minutes into the gate, light fading fast and camp curfew rapidly approaching, you can spot a leopard yawning in a tree.

I’ve had plenty of stork-trips in my time – and, don’t get me wrong, they have their own kind of magic. But this recent visit was touched by the kind of luck that started to get a bit ridiculous. 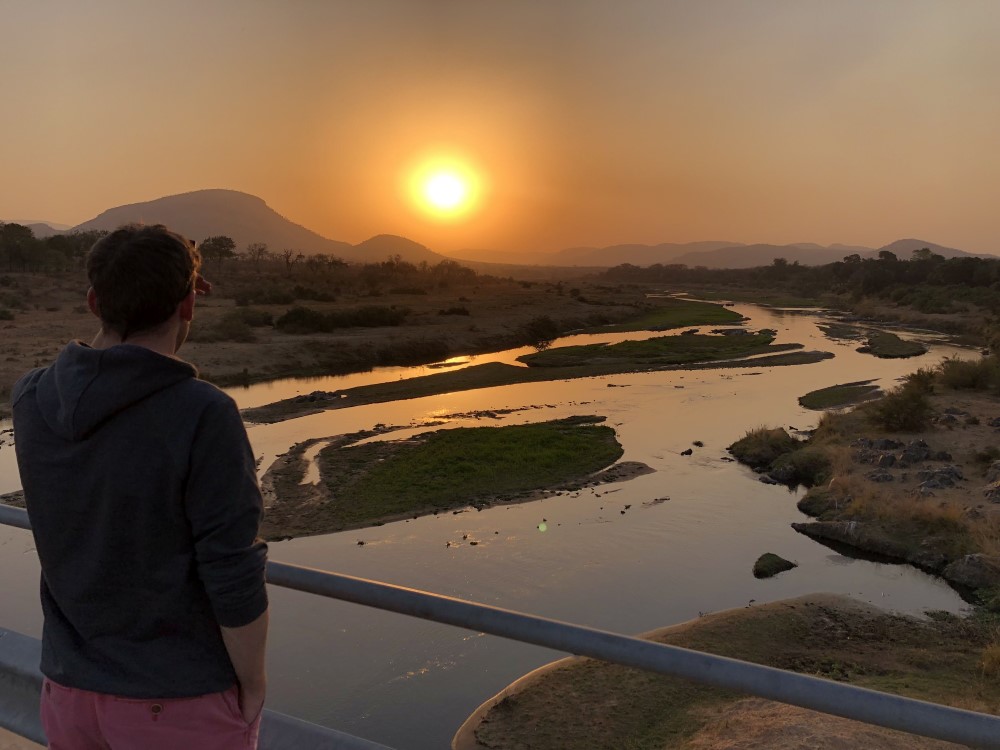 Given the reason for the trip, I suppose it’s not that surprising.

Last year I filled in a competition form on Getaway’s website and, on a particularly bad day a few weeks later, sitting in terrible traffic, I got the news that I had won two nights at Khaya Ndlovu, a luxurious lodge near the Kruger. I sent Joe a strangled voice note, which I suspect was only just intelligible. Apart from a hamper of bath salts in primary school, this is the only thing I’ve ever won. And this was not bath salts.

We decided to tack on two nights in the Kruger to the beginning of the trip, the order of which we felt was quite important, as we suspected it would be easier to trade braaied sosaties and salad for four-course dinners.

The starkness of this comparison was pushed even further when, having packed everything else, I put Joe in charge of “the fire”. And forgot to tell him. Which was how we arrived in the Kruger without matches – a tricky oversight when you’re staying at a tiny satellite camp with no shop. 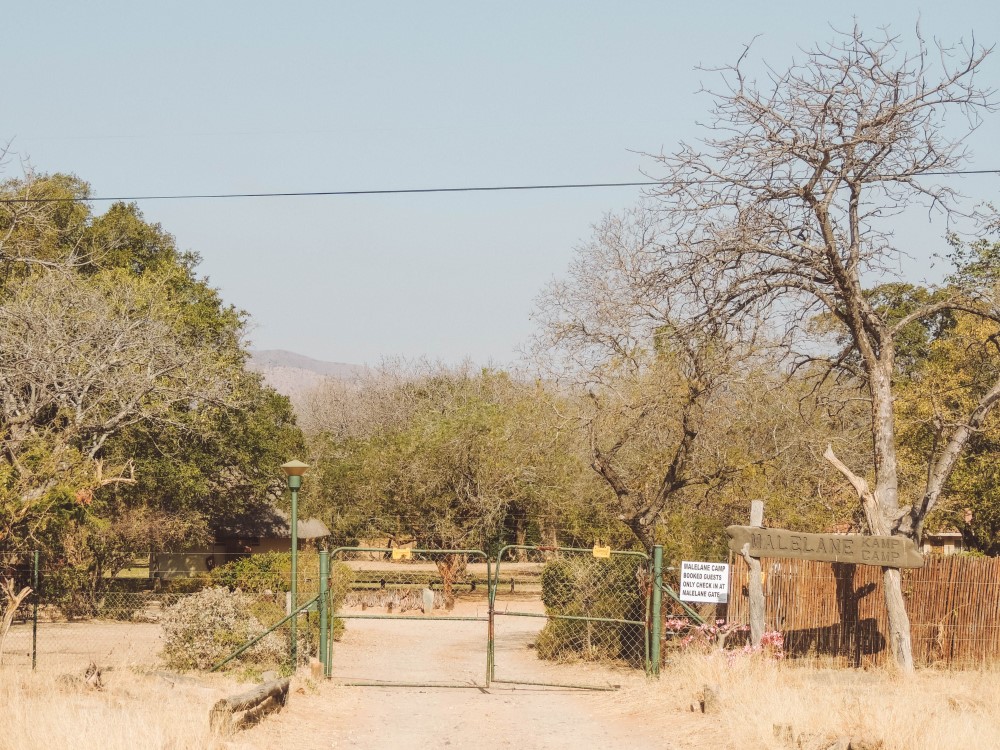 I was about to head over to make friends with our neighbours when Joe said, “Can I just have a chance?”

Within a few minutes I was sitting next to a roaring fire which he started using a bad bag of wood, an axe, some twigs he hunter-gathered around camp, some toilet paper, and the toaster.

It was a promising start.

In the two days that followed, we saw the big five, twice over. 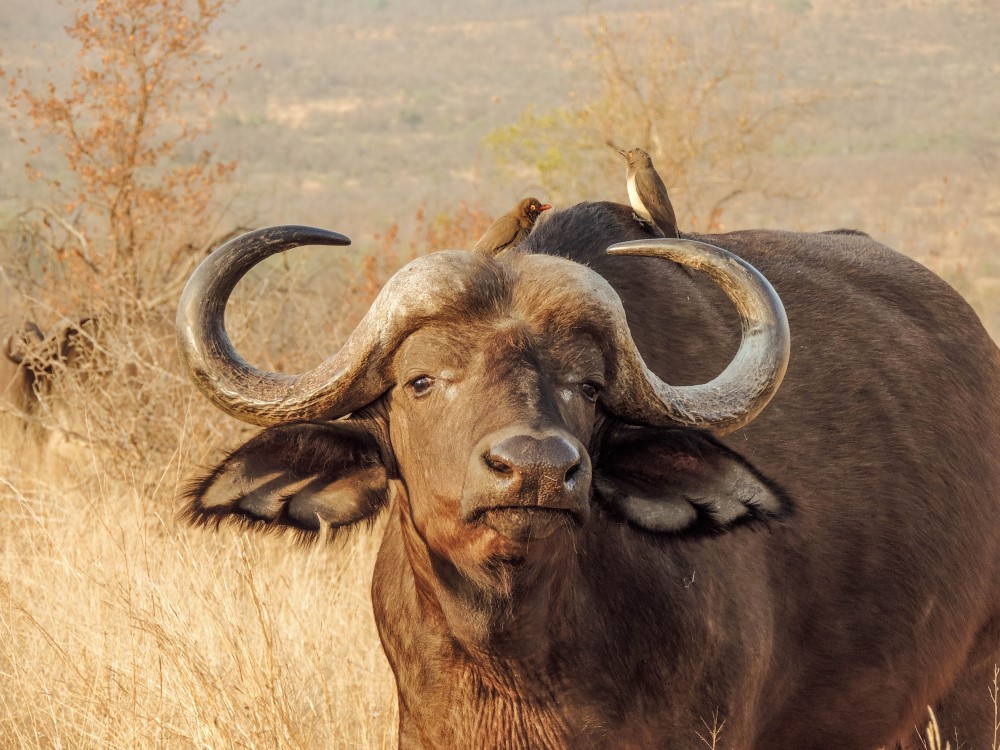 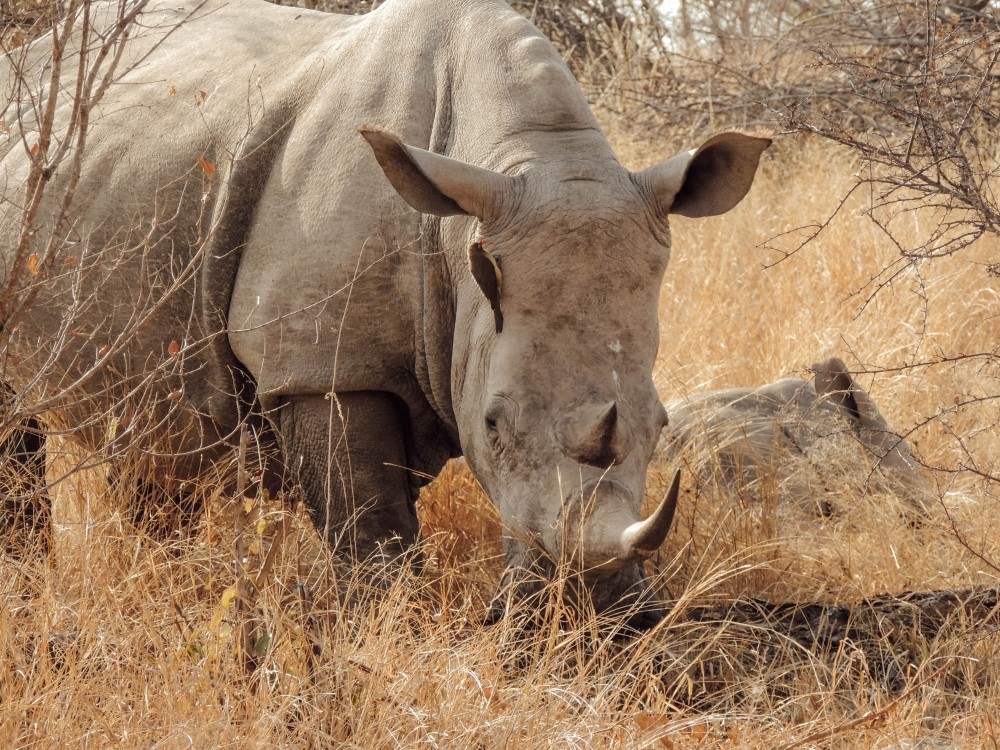 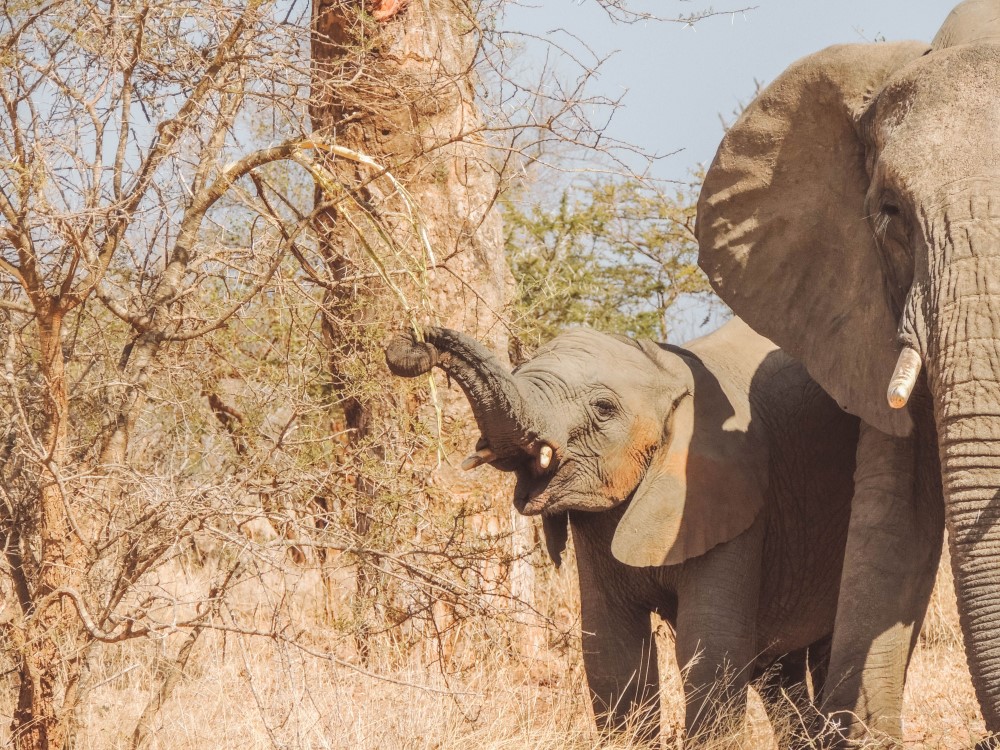 I was amused that the kind of sightings were, in themselves, such a reminder of our luck – and the lottery of the bush. 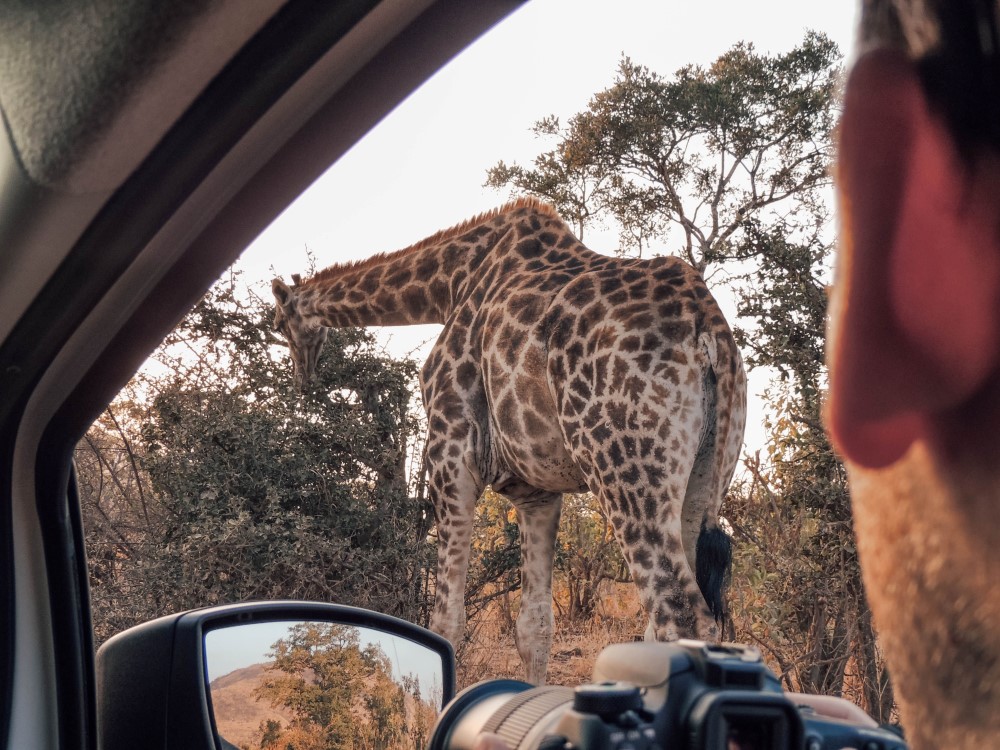 A squash of cars, binoculars trained on a spot in the distance.

“Howzit. What are you looking at?” – Kruger proverb.

And then, at the crack of dawn the next morning, we rounded a corner and, right in the road, there she was.

You forget how exquisite leopards are, close-up. You also forget how to operate a camera in your excitement. Later, we found ourselves in the middle of another cluster of cars, all jostling for a view of the flick of a lion’s tail, a glimpse of a paw as they turned over sleepily, ensconced in deep, dry, exactly lion-coloured grass.

Someone pulled up alongside us, obscuring our view with their massive car.

“What are you looking at?”

“Well, at the moment, you,” I wanted to say, before Joe politely launched into classic bushveld poetry: “So you see that dead tree? You see the green bush behind it? You see the patch of dry grass behind that?” 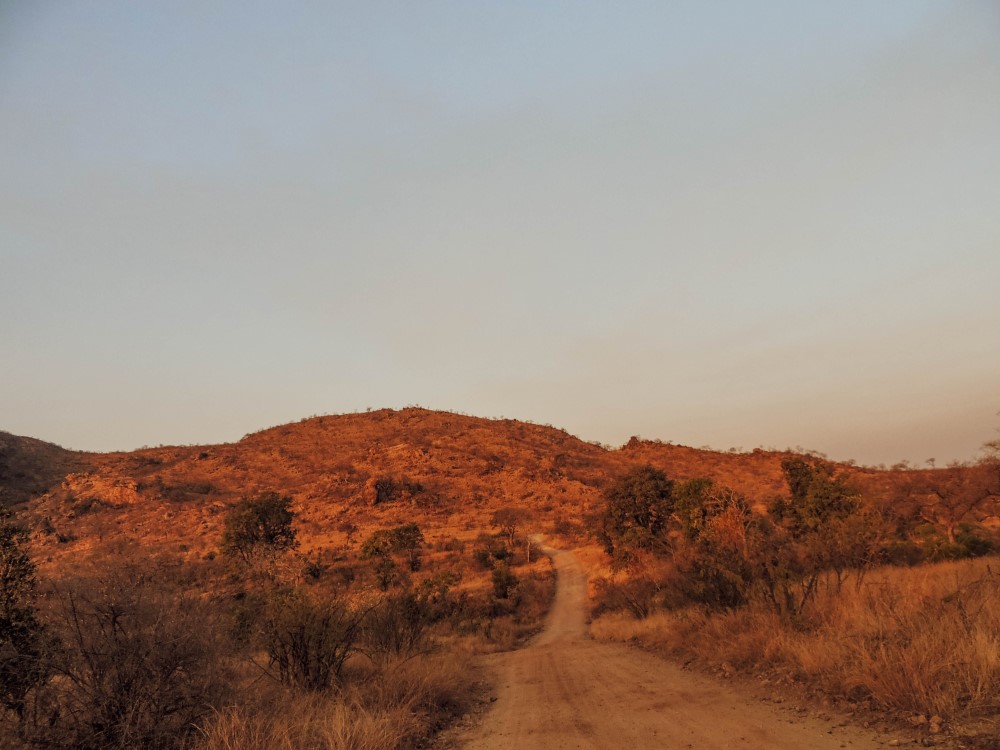 For our final journey through the Park the next day, en route to Khaya Ndlovu, we decided to stay away from the main roads and stick to the quiet dirt tracks in the hopes of avoiding these car-cluster treats.

I was just marvelling at the glow of the early morning sun on the side of the steep mountain road we were driving up, when Joe suddenly stopped and said, “Oh hello!”

My camera had stopped working shortly before this, which was probably a good thing because I was gripped with that age-old bush-dilemma of trying to stay quiet and still, while overcome with extreme enthusiasm, when all you are able to do is stage-whisper, “Oh my god oh my god oh my god!” 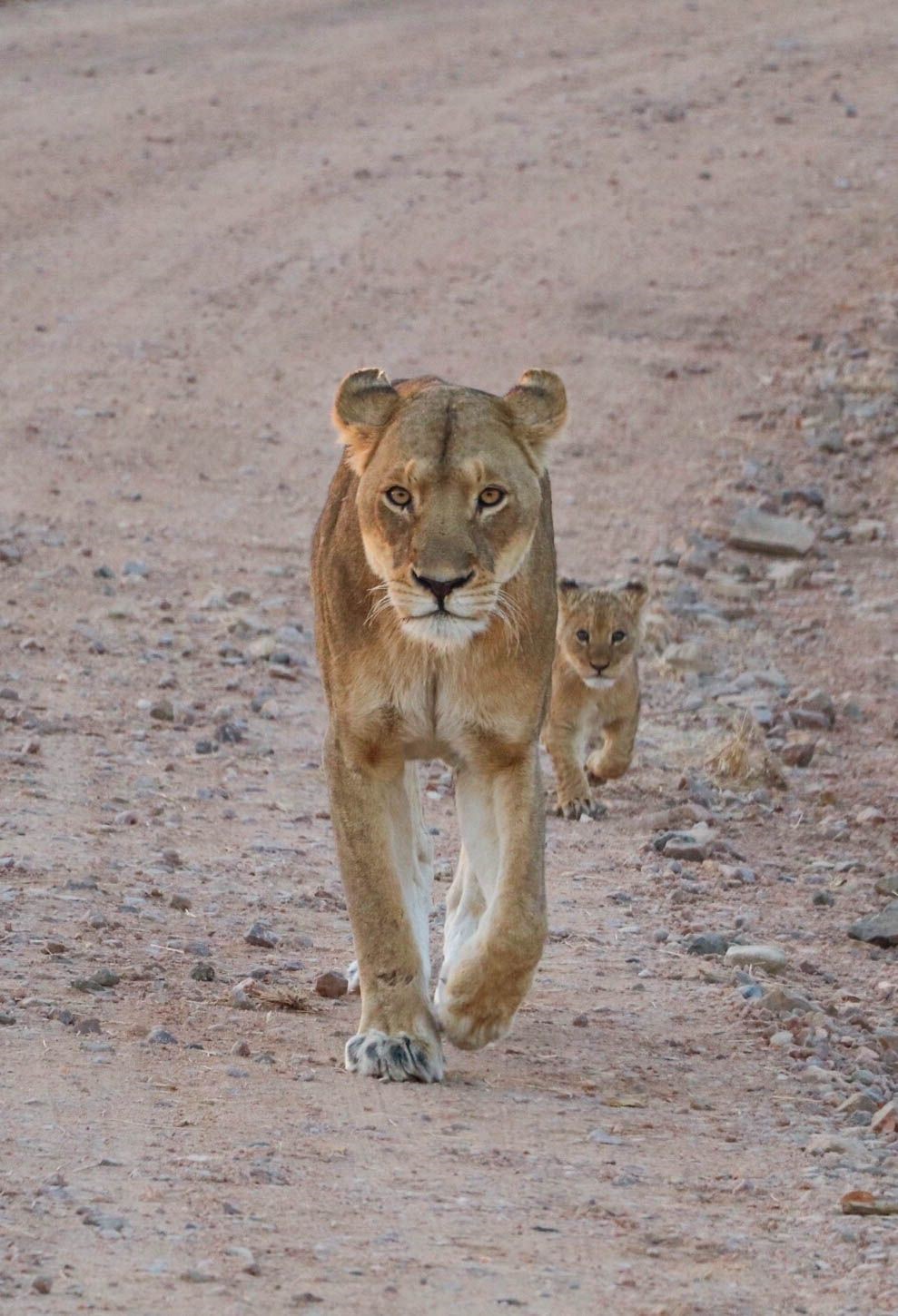 These are Joe’s pictures 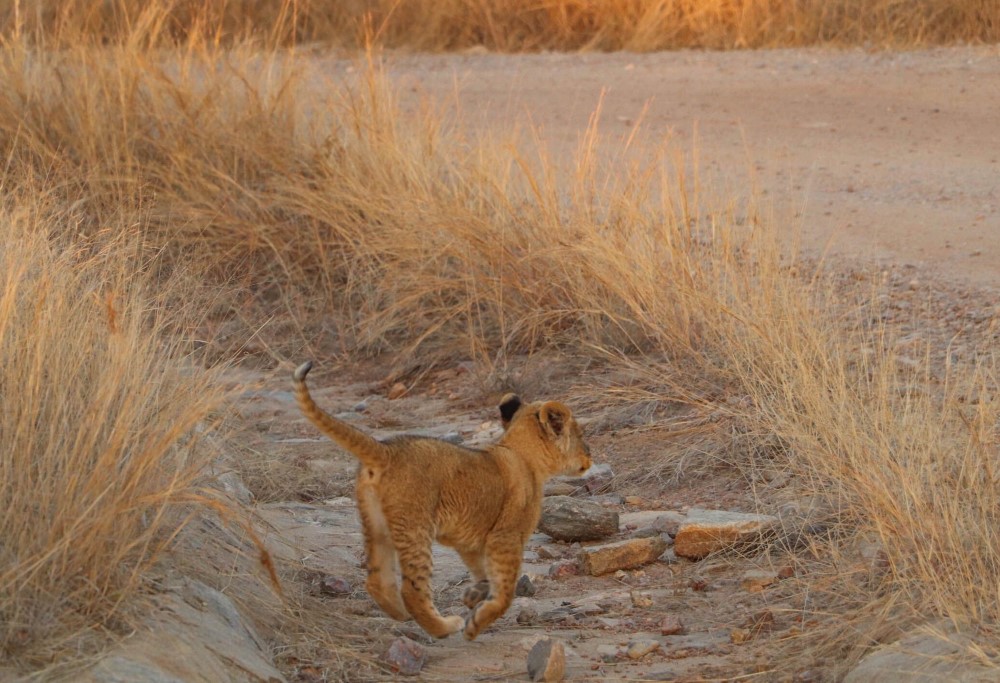 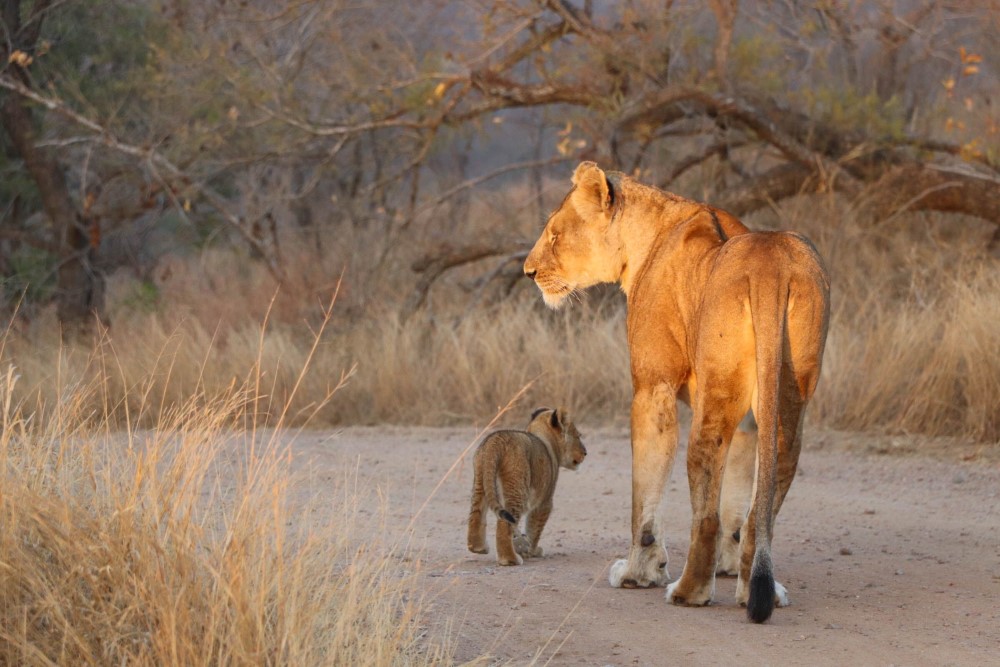 The lioness and her tiny cub walked down the road towards us, making eye contact with us as she passed right under Joe’s window. There’s something about looking right into the eyes of a creature like that that makes you acutely aware of where you sit on the food chain, and you might as well be living in a cave around a camp fire, rather than sitting safely in your vehicle with power-steering and air-conditioning.

“It really speaks right to your soul, you know?” said Joe afterwards. I did know. I still had goosebumps.

It wasn’t only the big headliners we were lucky enough to see.

“I think,” said Joe, as we were driving along, “I’d really like to see something quite unusual.”

Not long after that he stopped and reversed because he had “heard some rustling in the grass.”

I can’t tell you I wasn’t more than a bit skeptical and ready, at best, to see a guineafowl burst into the road in their permanently panicked state. But – “It’s a f@#*ing honey badger!” Joe exclaimed, in amazement. And it was! We watched it bulldoze through the dry bush and up a bank, into the thicket. 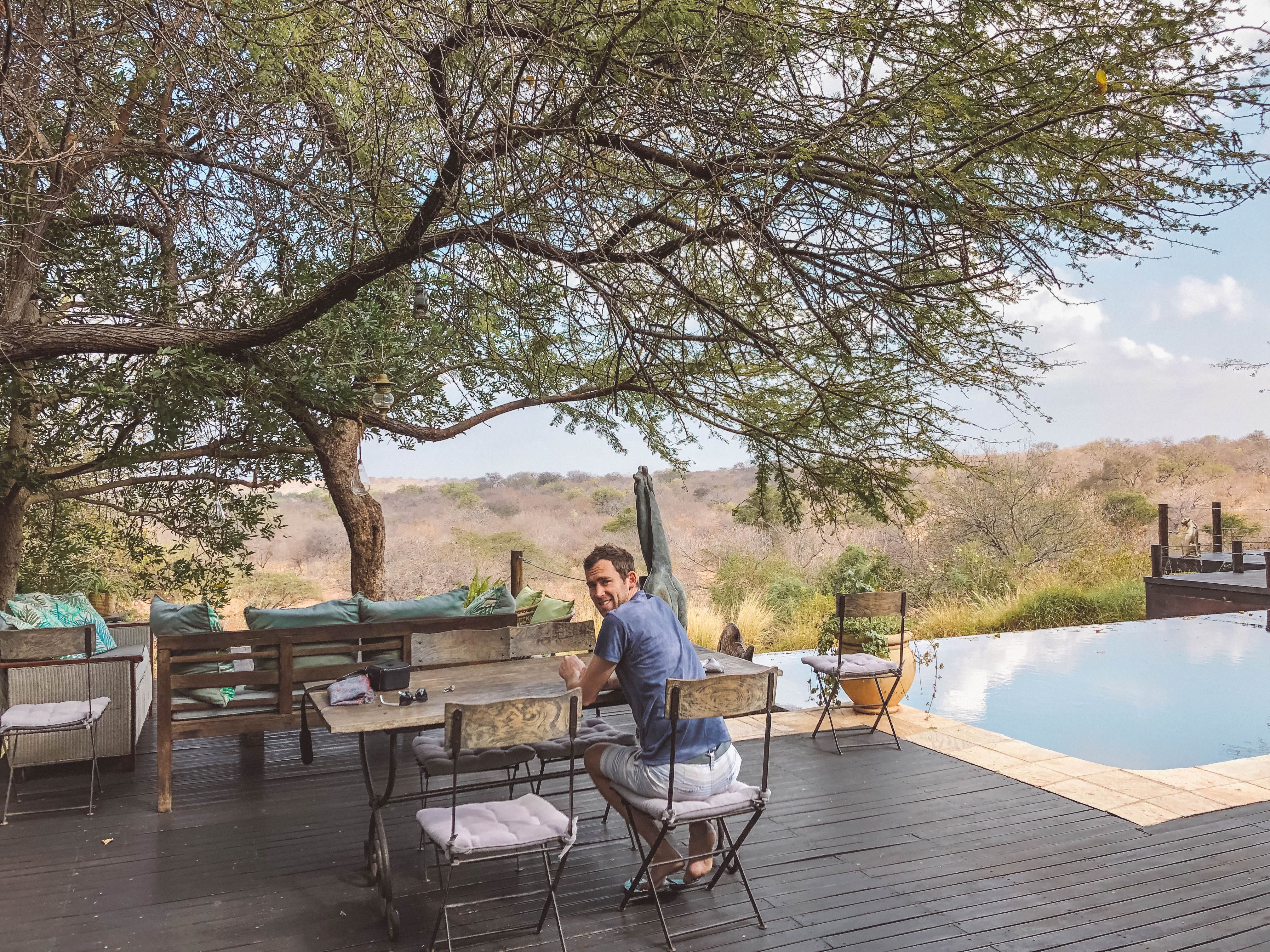 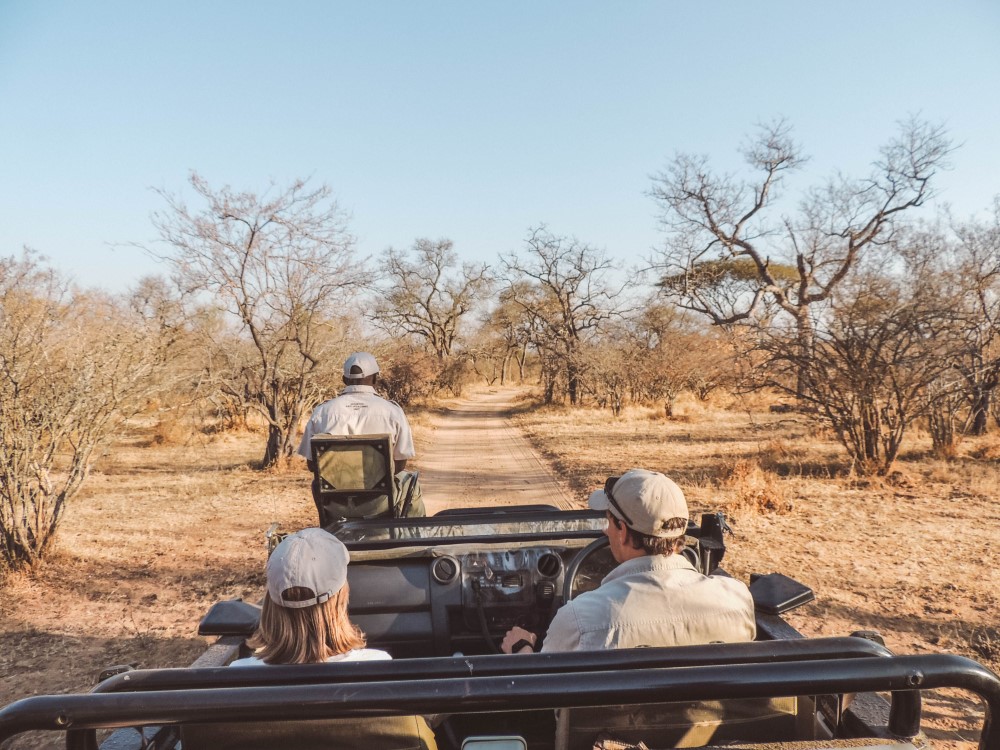 At Khaya Ndlovu, our luck continued – beyond the incredible food and beautiful lodge setting, I mean. On our game drive we saw a baby giraffe drinking from its mom, lions feasting on a giraffe kill (this was quite intense to witness, especially given the sighting of the baby just before), hyena pups at dusk, a leopard eating an impala in a tree. 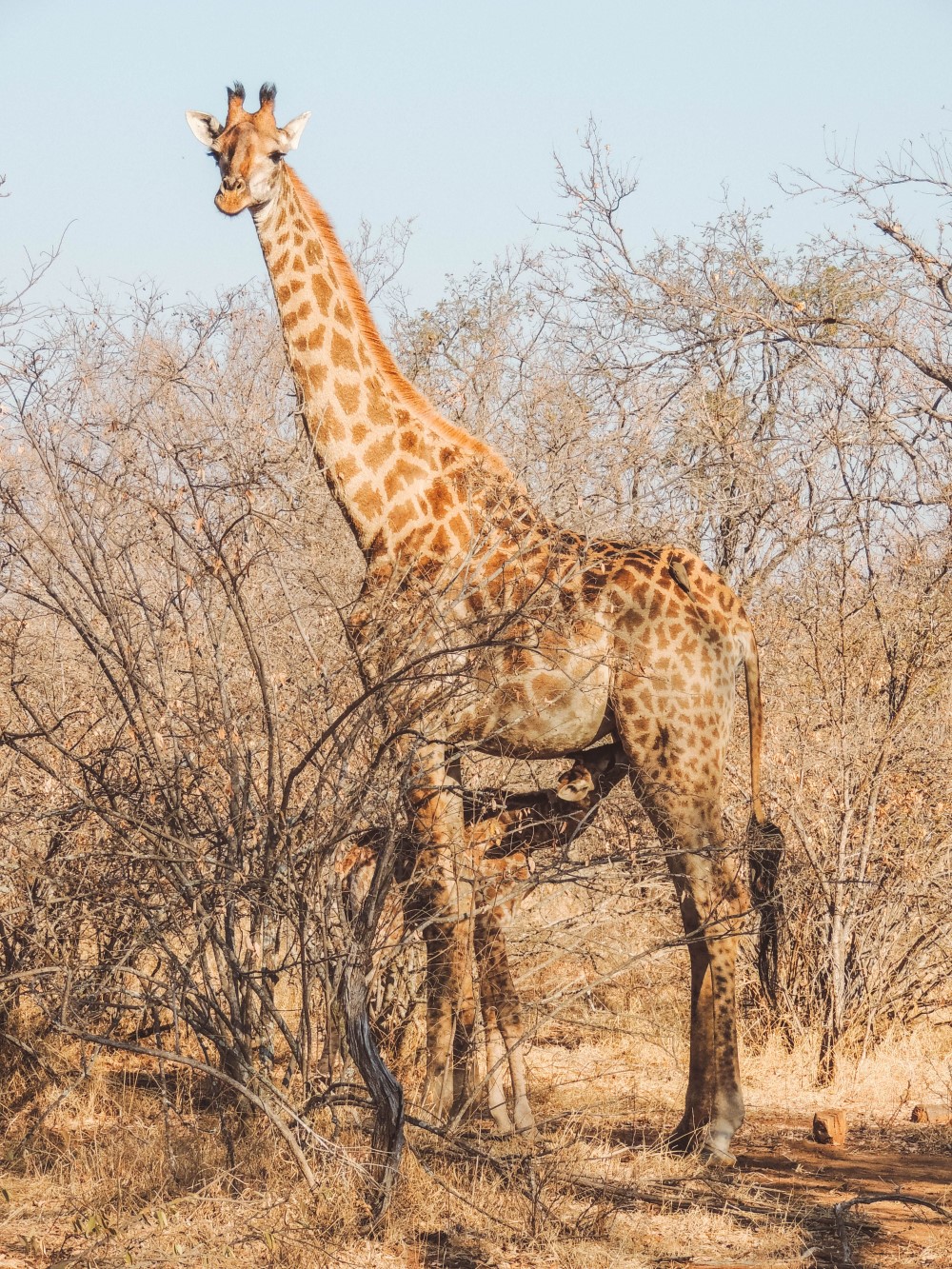 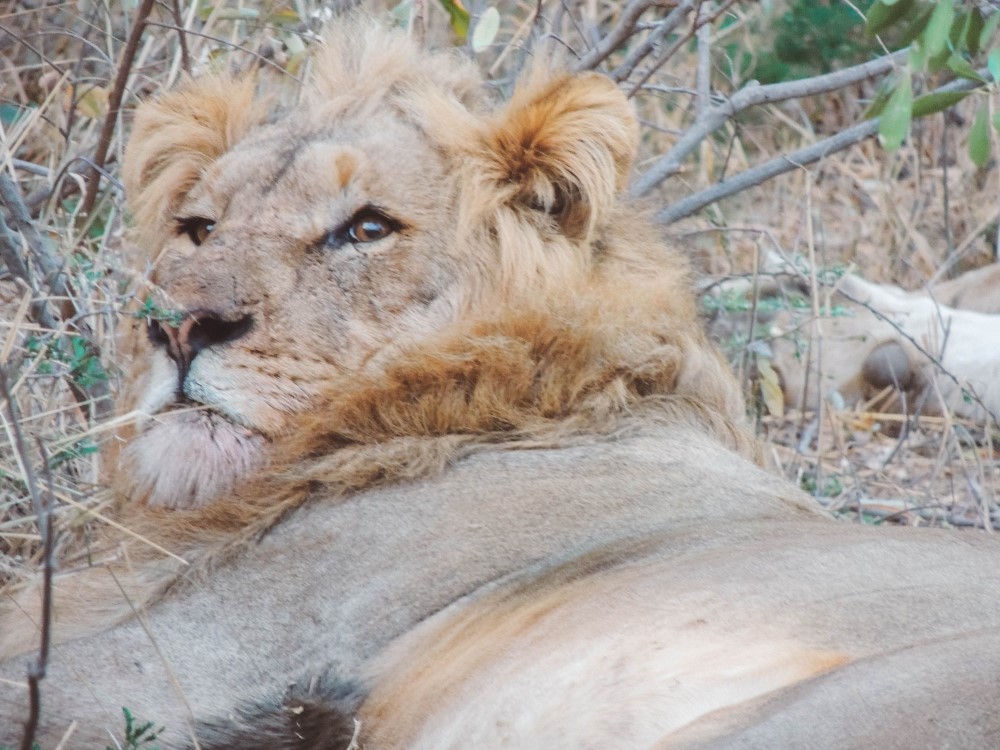 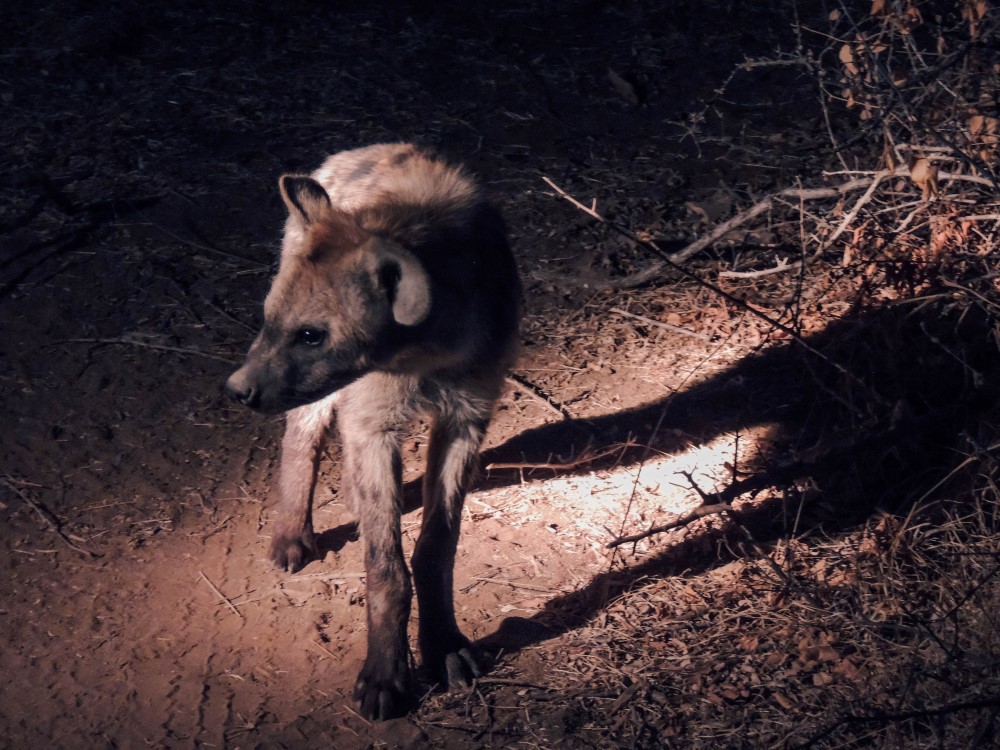 The next day, on a bush walk, we were tracking a warthog, which ran through some bushes, and suddenly there was a sharp growl.

As one, Joe and I looked at our guide, Hendrik.

“Wild dog,” he said. I couldn’t believe it. To see them in a vehicle is rare enough, but on foot! They move incredibly quickly, so I wasn’t expecting to clap eyes on them, but as we hastily (and quietly) moved through the bush, there they were, not too far away, watching us warily. And then they were off, causing hysteria in a troop of monkeys as they tore through the veld. 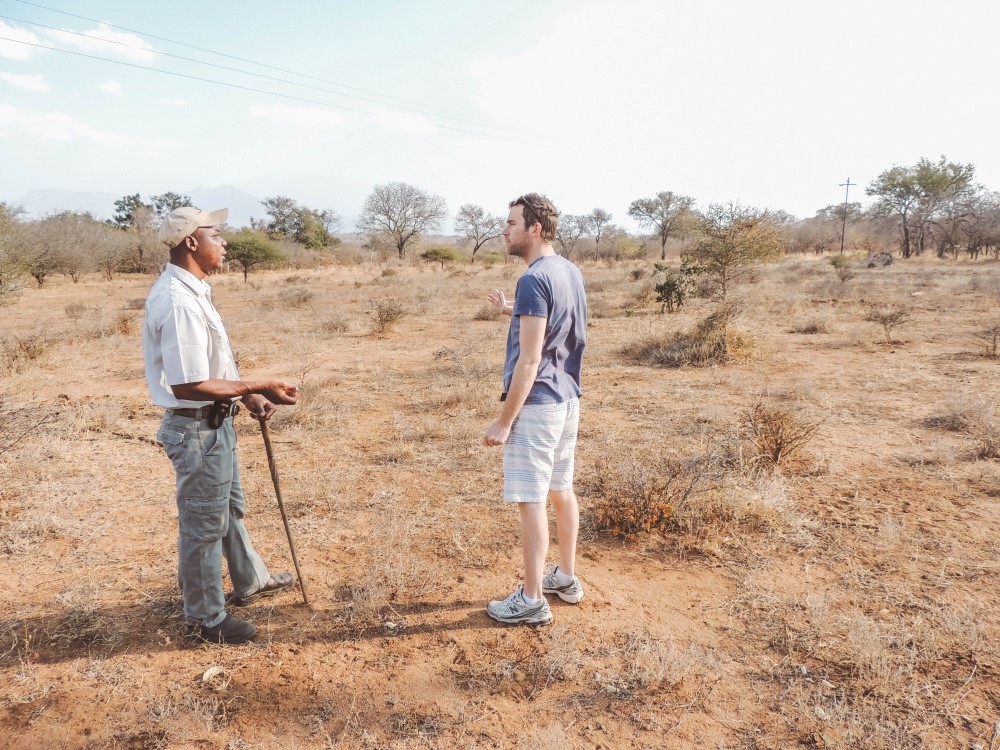 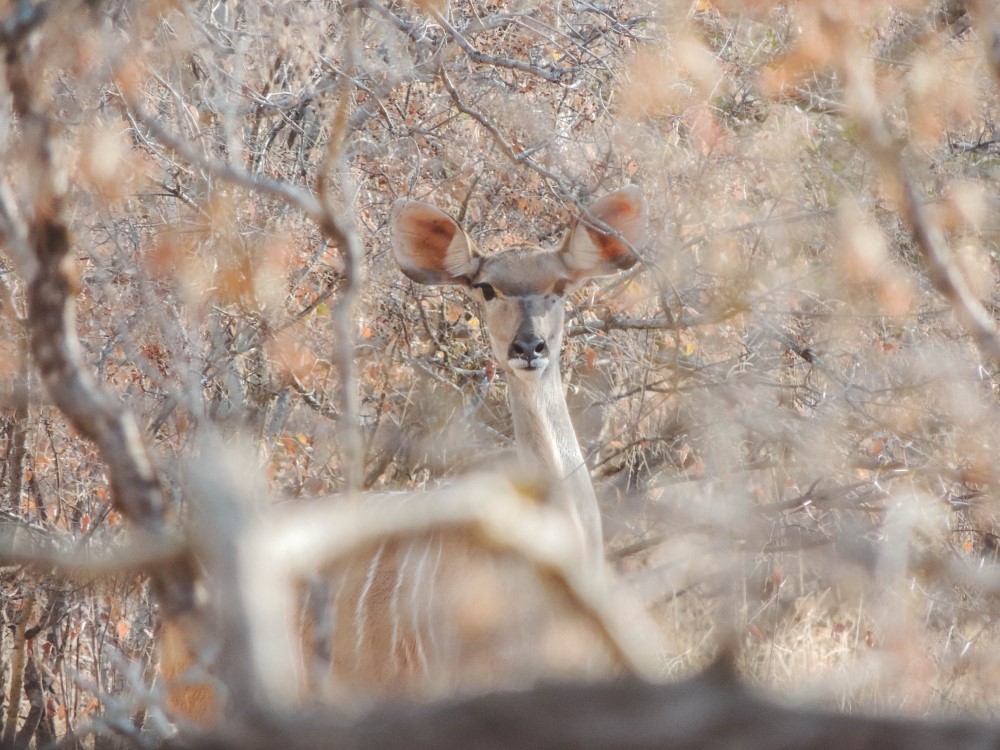 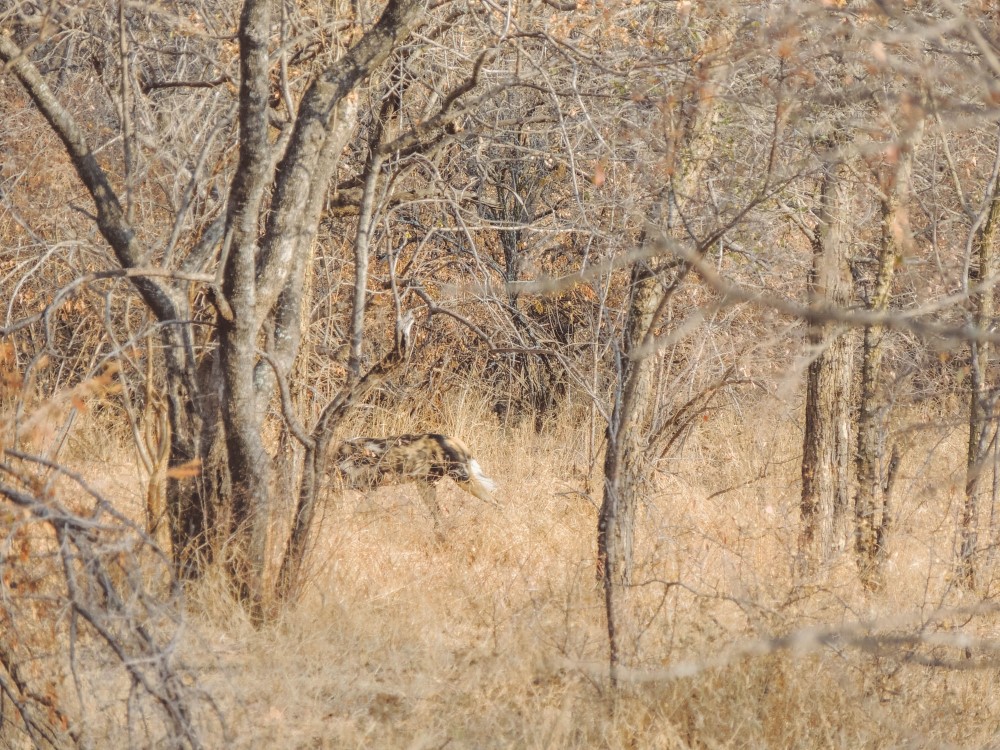 Photography was not my priority at this point – but there it is! 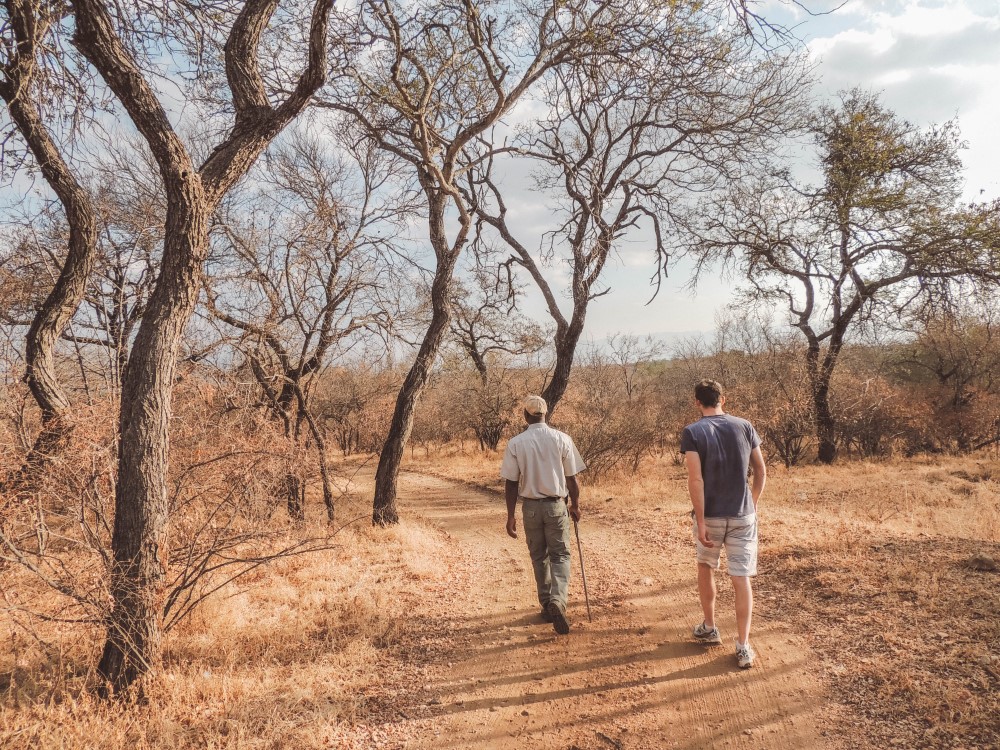 As we sat on our veranda after getting back to camp, picking burrs off our shoes, a bit dazed by what we’d just seen – both in the last hour and the last few days – Joe looked at me seriously.

“Look, do you think we should play the lotto?” he said. 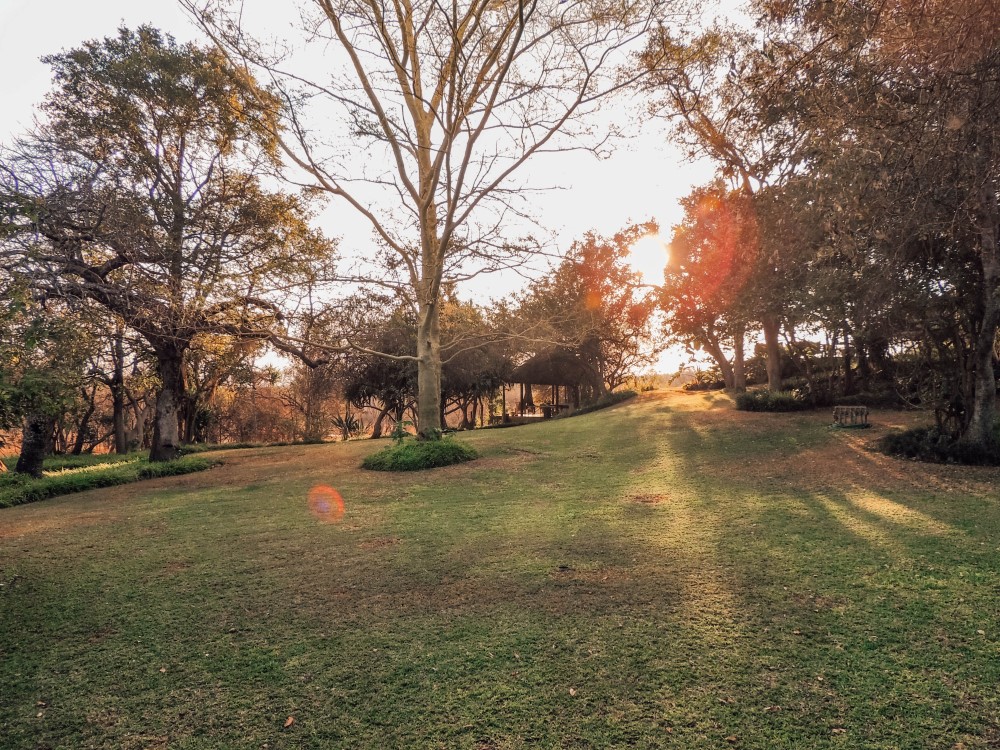 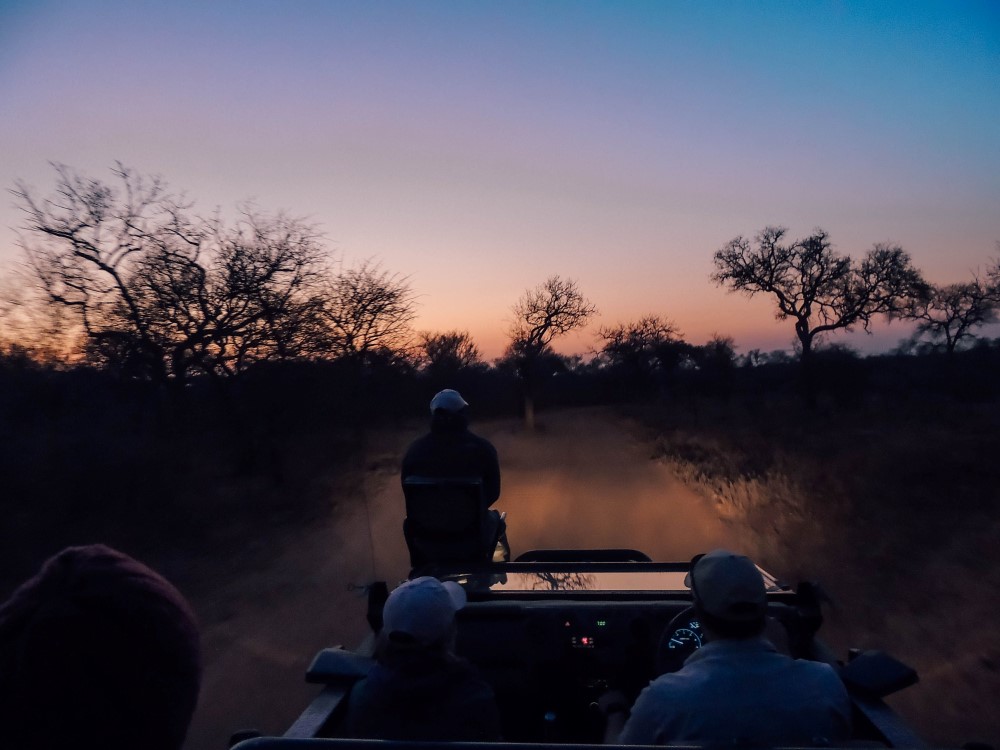 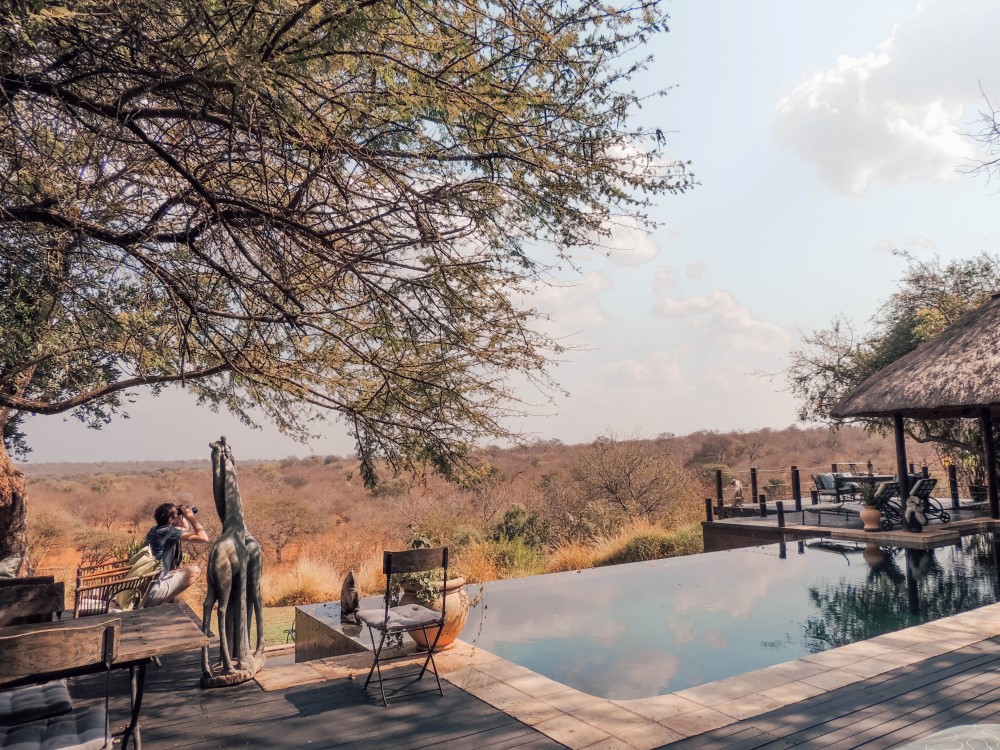 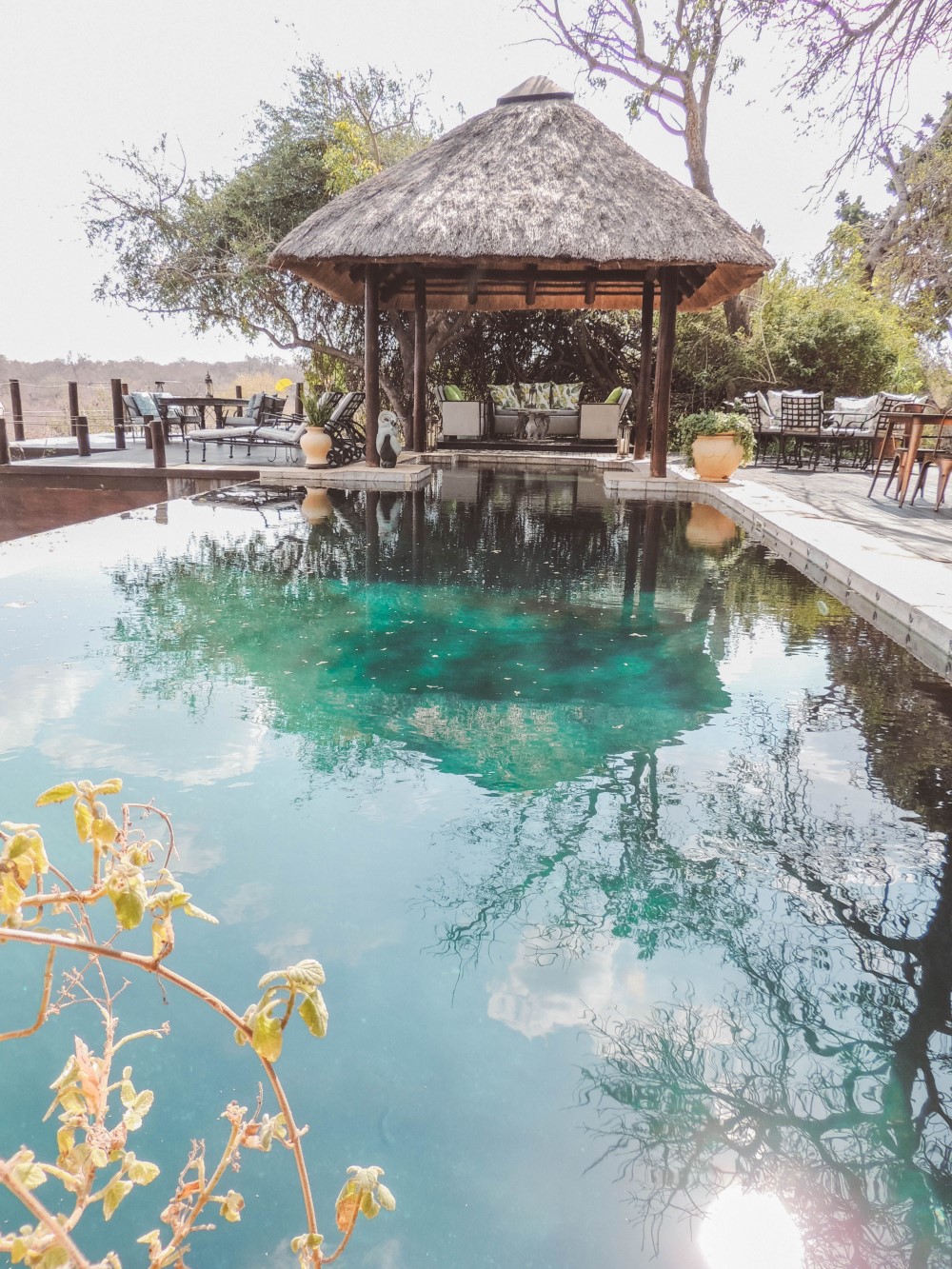 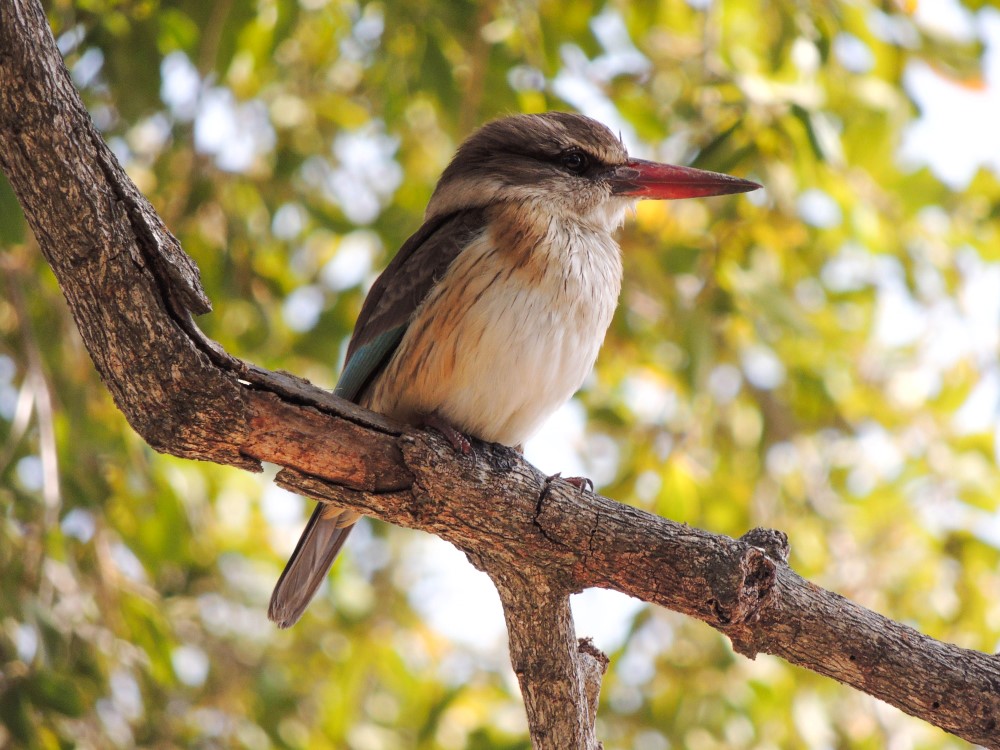 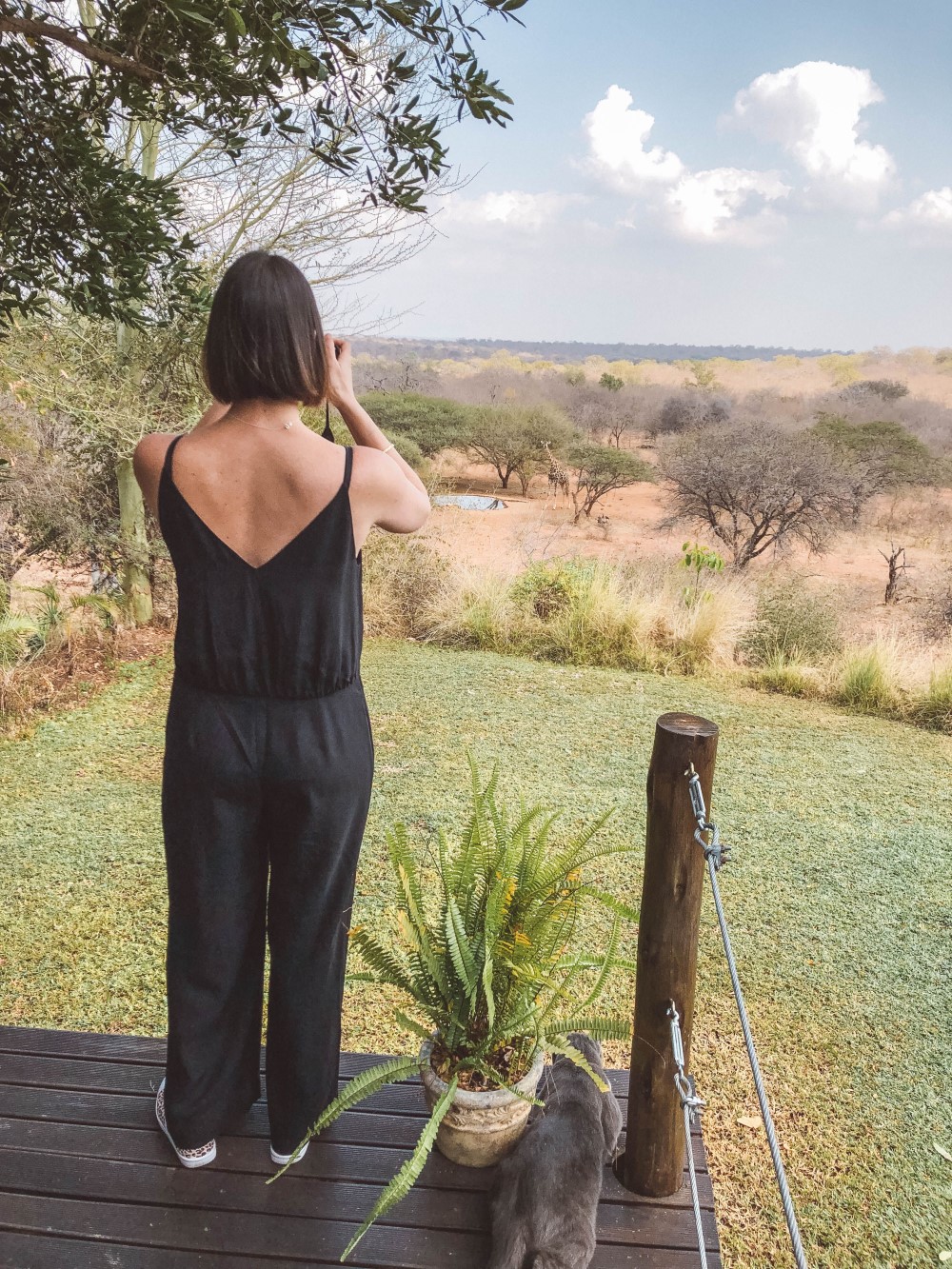 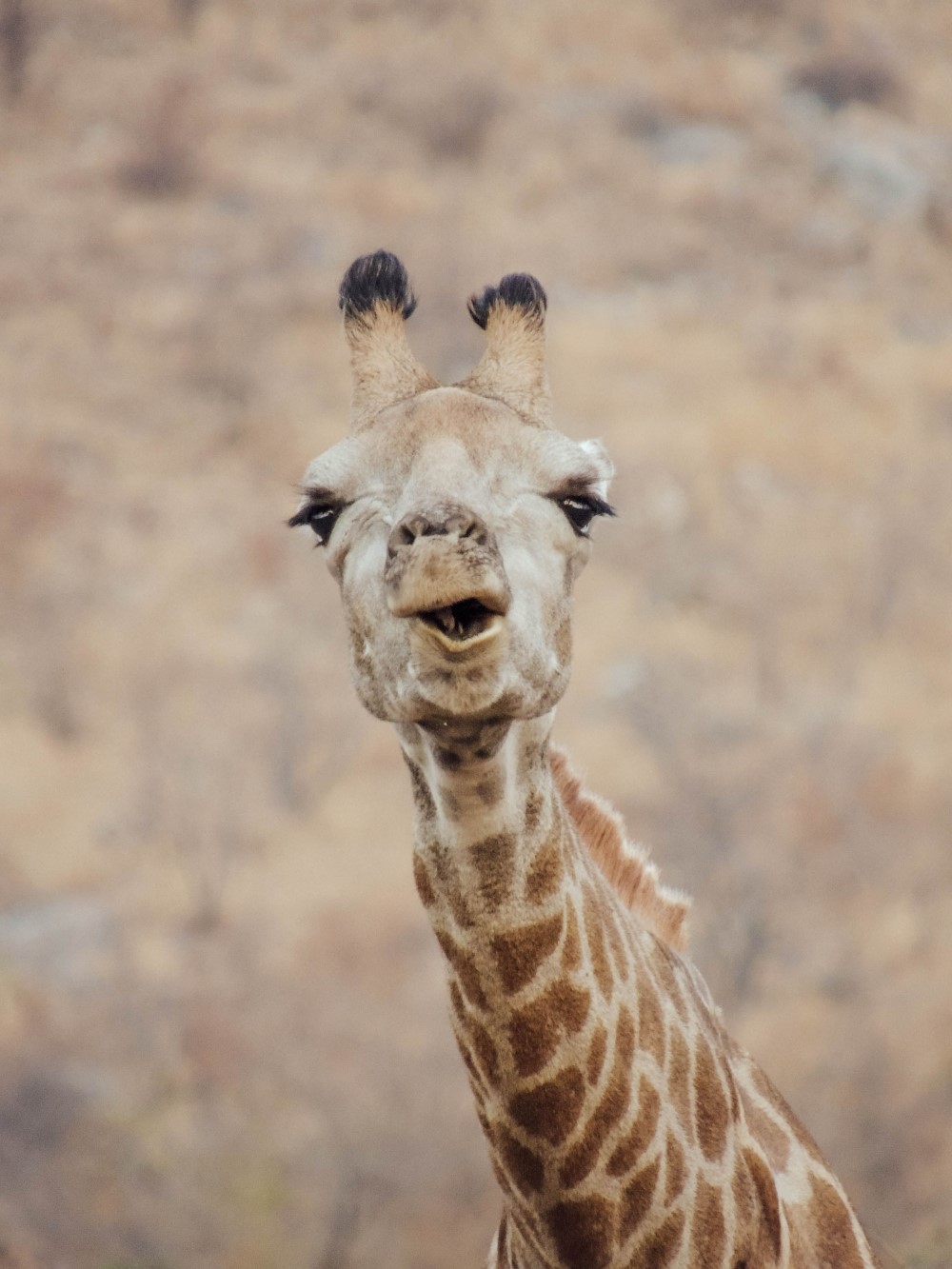 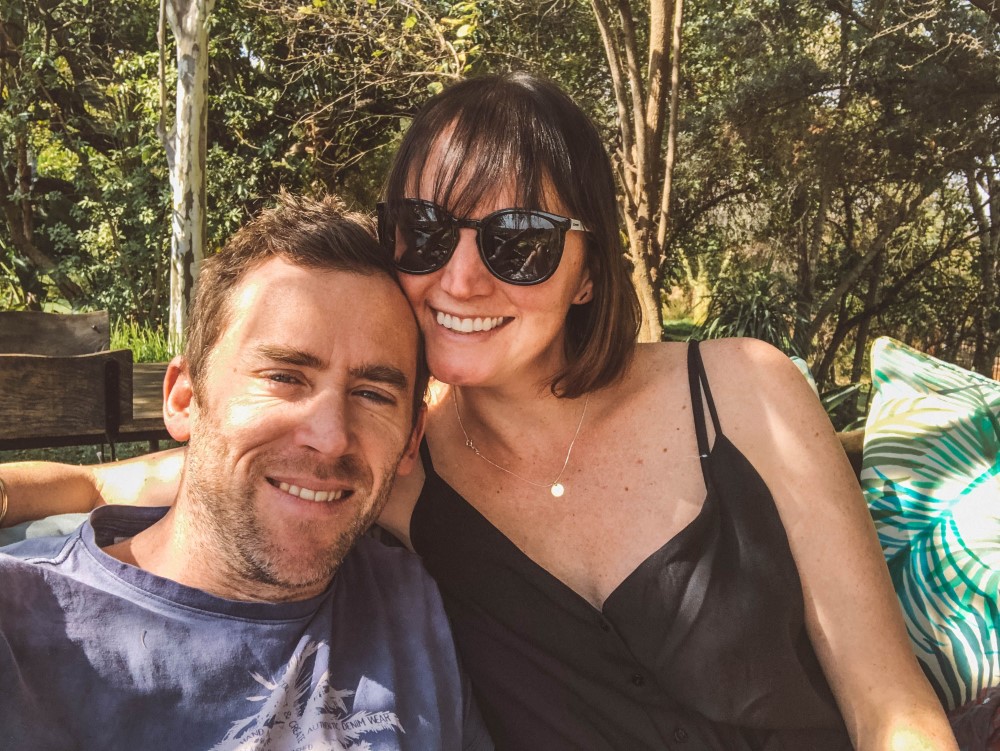 Thank you Getaway and Khaya Ndlovu for this spectacular prize! We absolutely loved our stay.