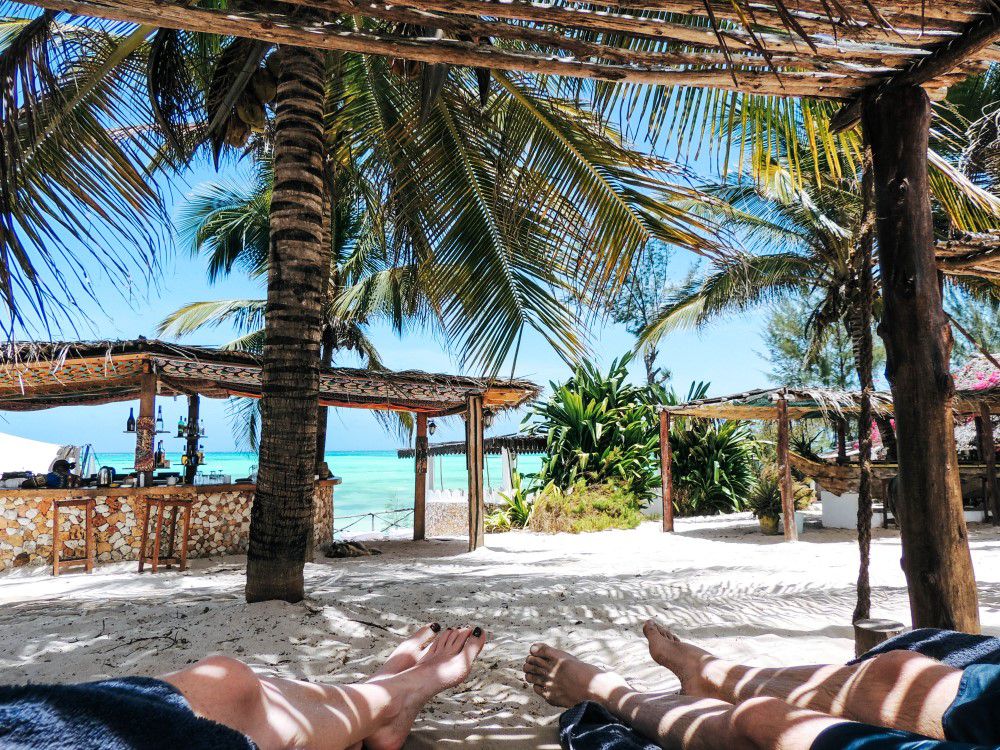 Our recent week-long holiday in Zanzibar was one of my favourite trips to date. It was so beautiful, peaceful and relaxing – and so very African.

As we arrived at Season’s Lodge in Pongwe and walked through a doorway to reception, an open plan area leading out onto the beach, I gasped. The water was just. So. Blue. It didn’t feel real. 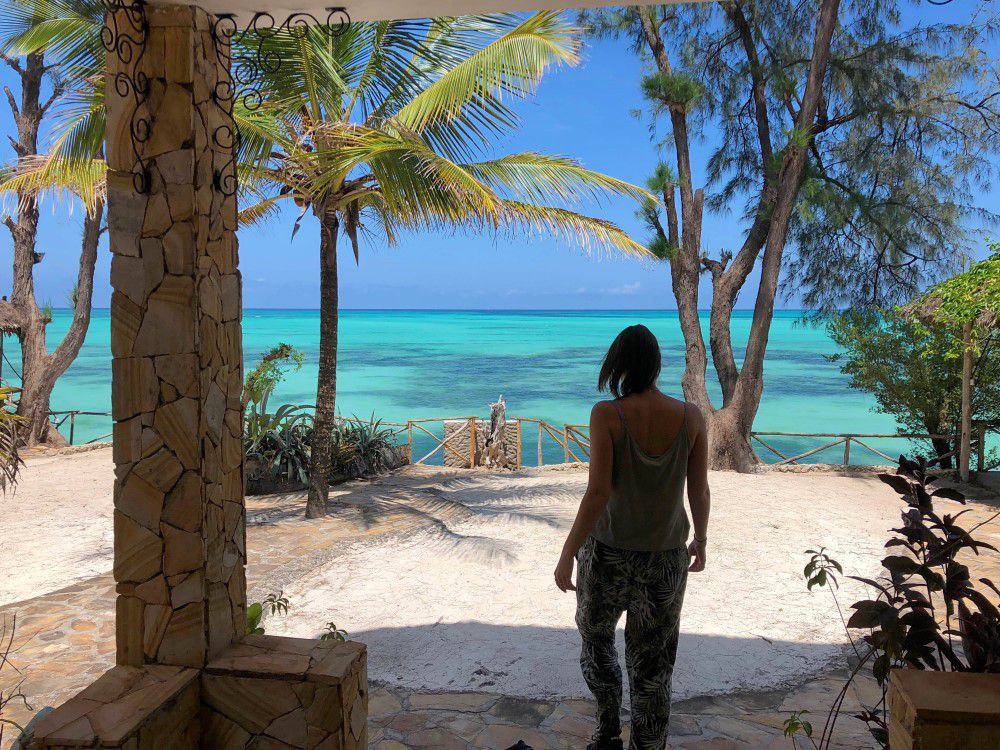 This feeling intensified when we were shown to our cottage, which also opened right out onto the beach, although raised on a bit of a “cliff” – a strong term for its height – so that people couldn’t just wander in. We could not have been closer to the sea. I was in heaven.

The cottage, enclosed in its own little beach garden, was the perfect balance between being comfortable and clean but not super fancy. It had a huge bed in the middle of the room, so large Joe described it as “borderline antisocial”, with a giant mosquito net that was magically unfurled each night while we were at dinner. 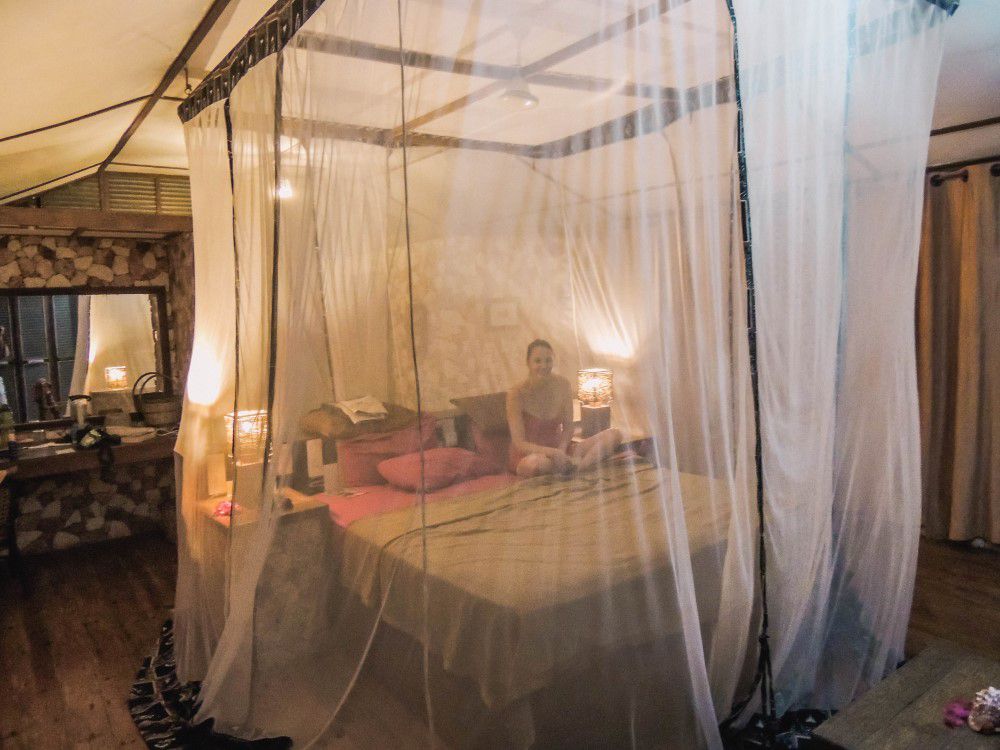 But my favourite part was the side opening onto the beach, shuttered from floor to ceiling so you could fold it open and sit on the veranda, taking it all in. At high tide it was like being on a ship that didn’t move – the best kind of ship in my prone-to-sea-sickness opinion. 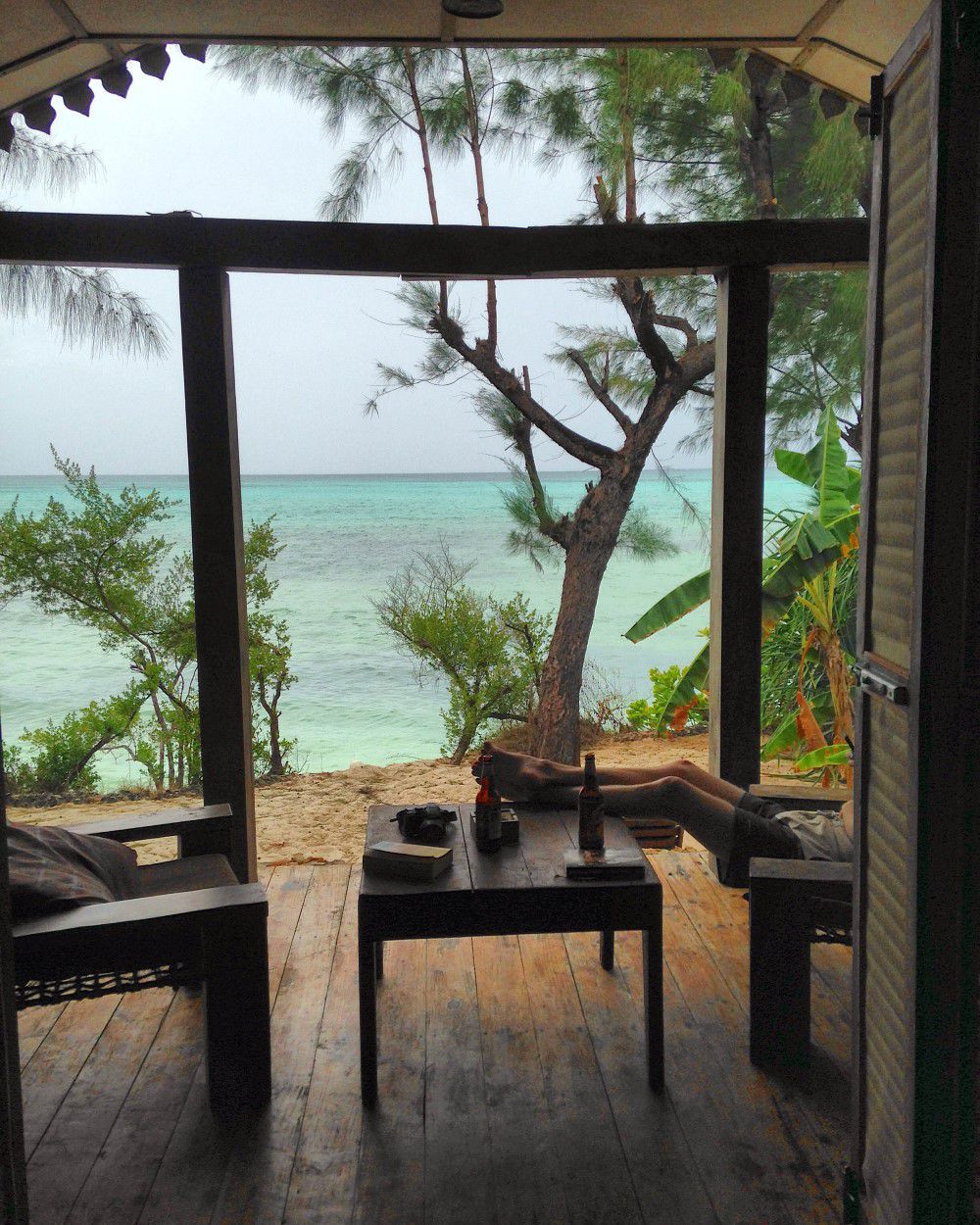 At low tide we loved watching people walk across the vast expanse of beach, rockpools and shallow sandbars that were revealed – locals dressed in colourful kangas, on the move or growing seaweed, and hopeful tourists with their snorkels and soft feet. 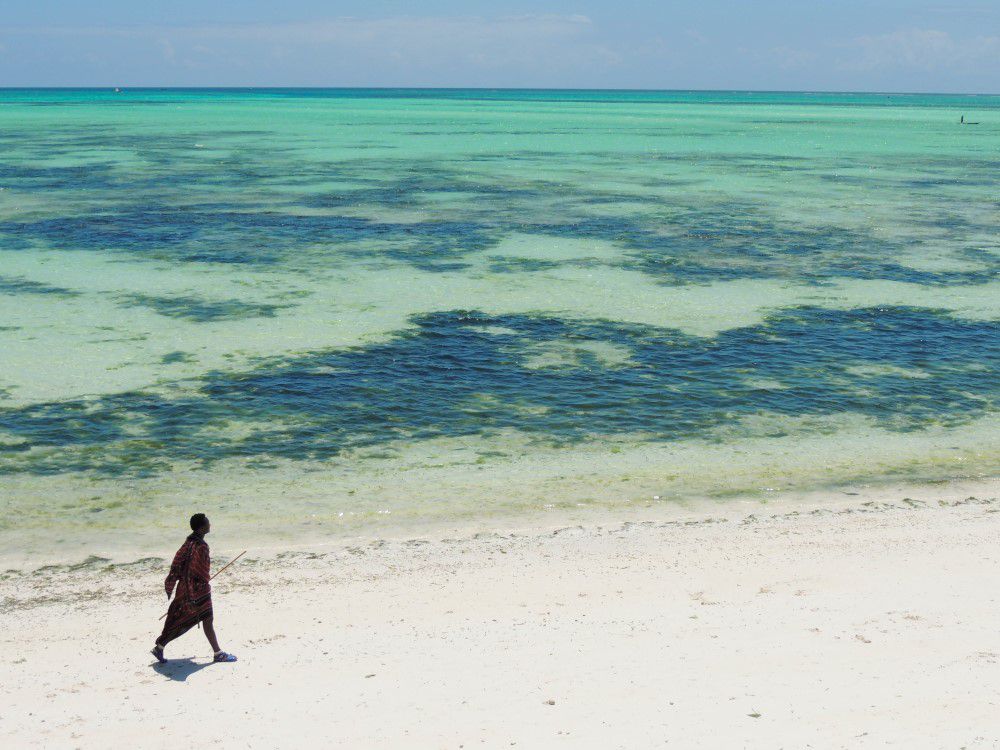 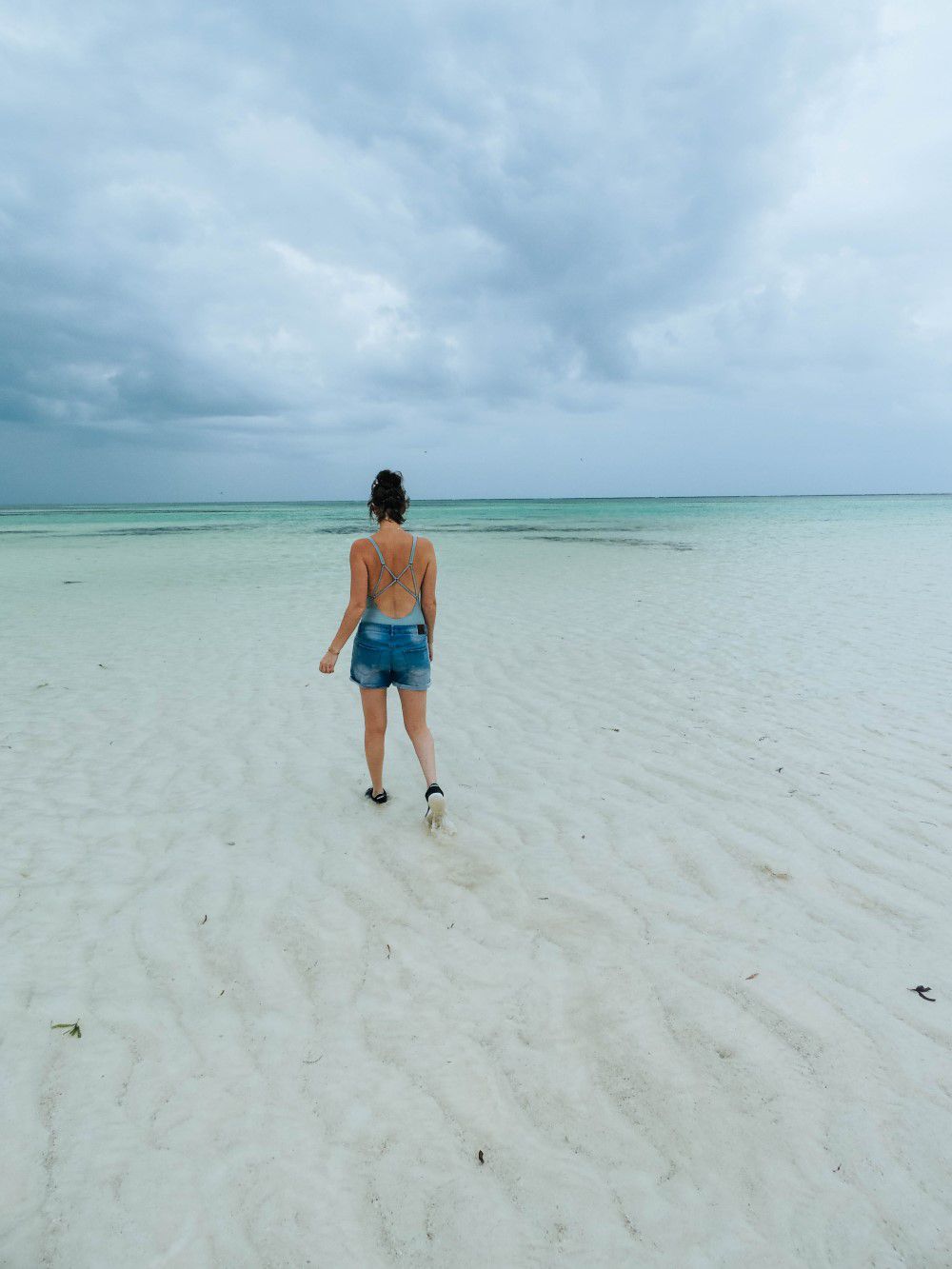 On our third night the wind started picking up; things felt pretty stormy as I closed the shutters as we went to bed. I struggled with the bolt of one of them, which didn’t want to go into its hole in the floor, so I gave up, hoping vaguely that it wouldn’t blow open and give us a fright.

I woke in the middle of the night to the sound of the waves crashing against the rocks in front of our cottage and the wind rushing through the palms. It was then that I noticed that one shutter had blown open.

“I better get up and close that,” I thought, a bit nervously. Being a Joburger, my mind automatically goes to dark places. Imagine if someone walked in.

Just then, through the slats of the shutters to the left I saw a dark shape moving towards the open door. A tall, human shape.

“Joe!” I said urgently, feeling for him in the enormous bed to wake him. “Joe!” The bed was so large my hand wasn’t finding him and the person was now standing in the open doorway…

“Joe! Joe!” I said, not quite shouting but a definite note of panic in my voice and my body suddenly ice-cold, scalp tingling.

“What?!” I heard him answer, equally panicked.

“Joe!” I still couldn’t feel him next me – that bloody huge bed! – but in my terror I couldn’t find the words to tell him that someone was coming right at us.

The person in the doorway was jumping backwards and forwards, looking around as if he was panicked too.

It took my stricken brain a few seconds to match Joe’s voice with the figure in the doorway – a Joe who had gone outside to watch the storm blowing in and the waves crashing in the middle of the night. A Joe who knew I was warning him of some very immediate danger but didn’t know if it was in front of him or behind or what the hell he needed to do to avoid being attacked by whatever lurked in the night.

He realised what had happened a split-second before I did. And when it dawned on me I went completely limp, unable to speak, until I heard myself saying, weakly, “Oh my God.”

And then the laughter started. The unique hysterical, crying, struggling-for-breath laughter that only comes after one hell of a fright. I couldn’t stop.

Joe, more amused at my hysterics than the situation, got back into bed (shutters firmly closed) and fell asleep instantly.

The next morning at breakfast, I was a mess, shaking silently, crying with laughter into my pancakes.

This laughter followed us for the rest of that magical (very safe) holiday and well beyond, bursting out of me as we sat quietly enjoying sundowners, walking along the beach, at a rooftop bar in Stone Town, or reading books by the pool. It’s still there as I write this, reaching for tissues.

Truthfully, it’s my favourite souvenir of the holiday (apart from my new woven sisal handbag). 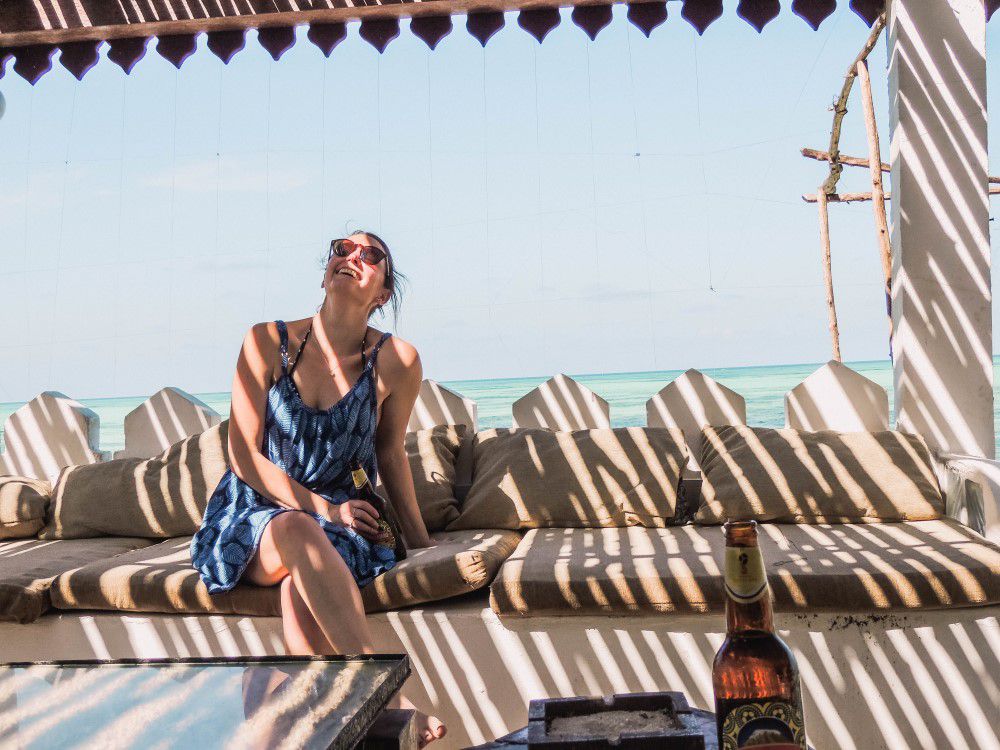 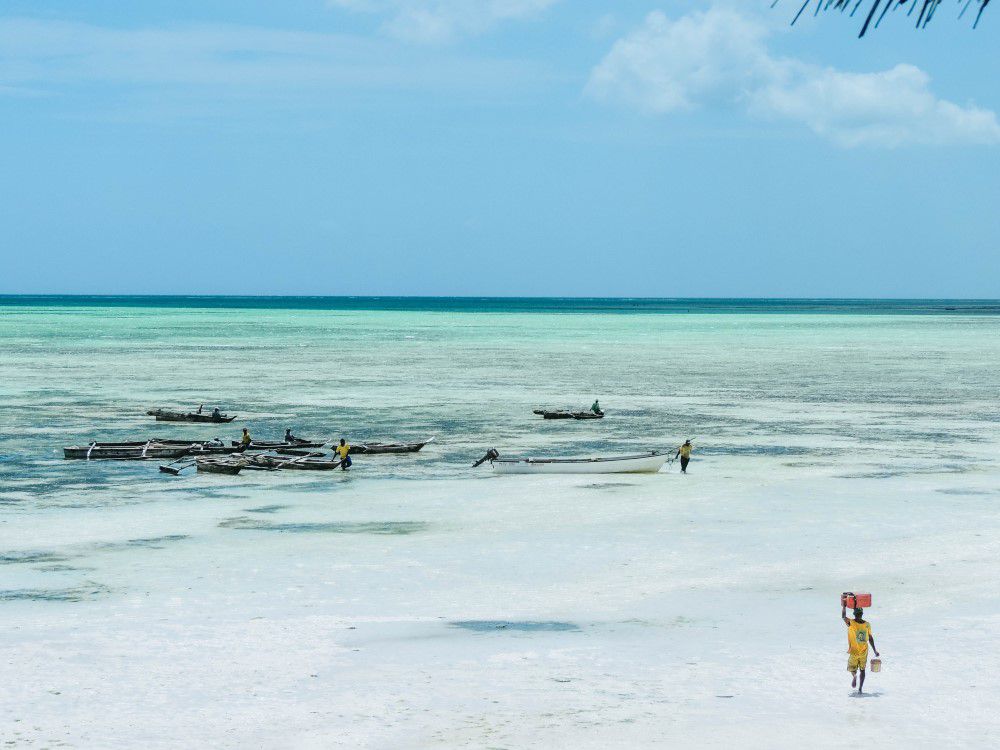 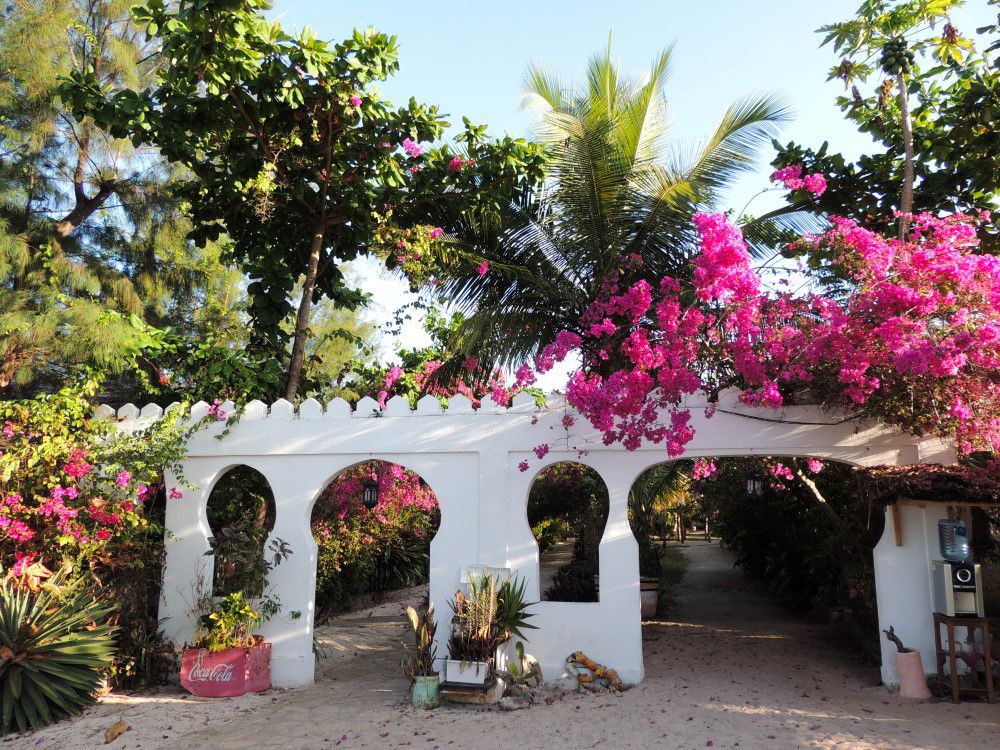 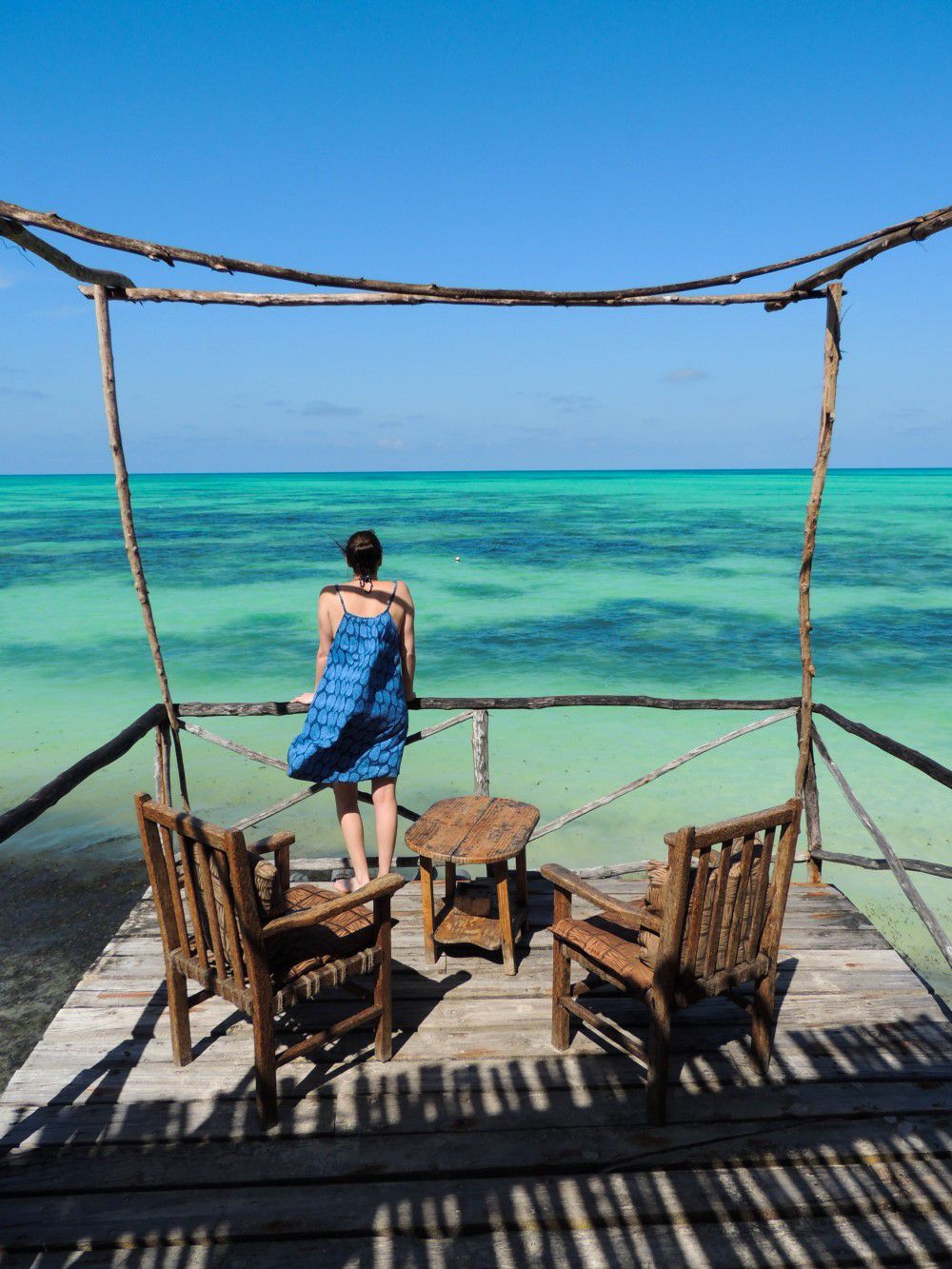 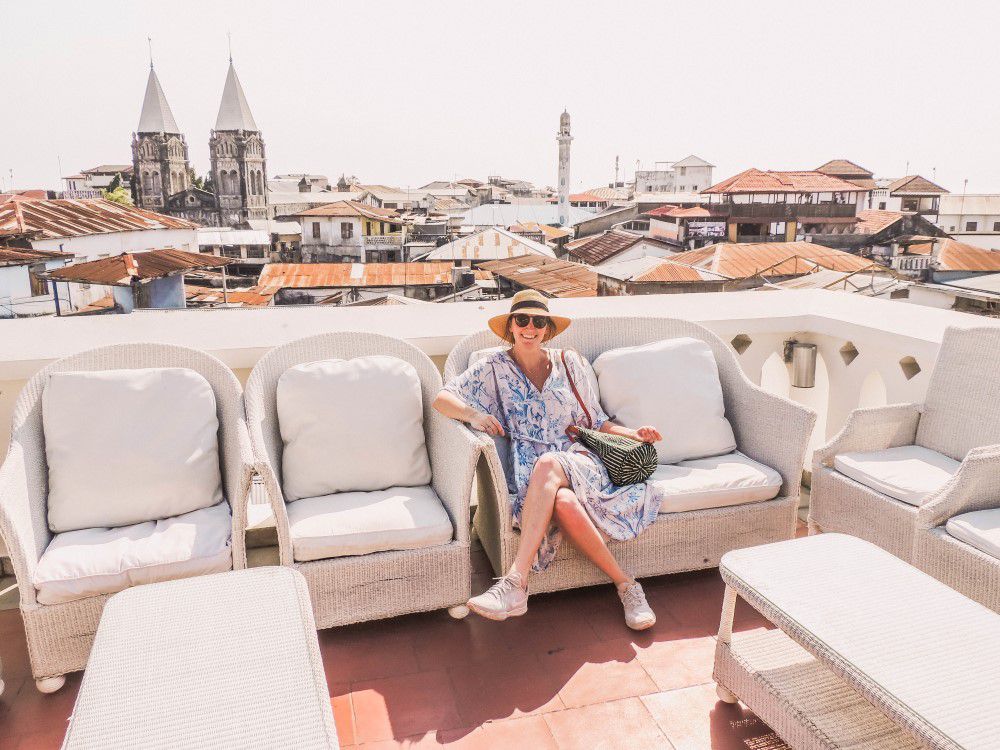 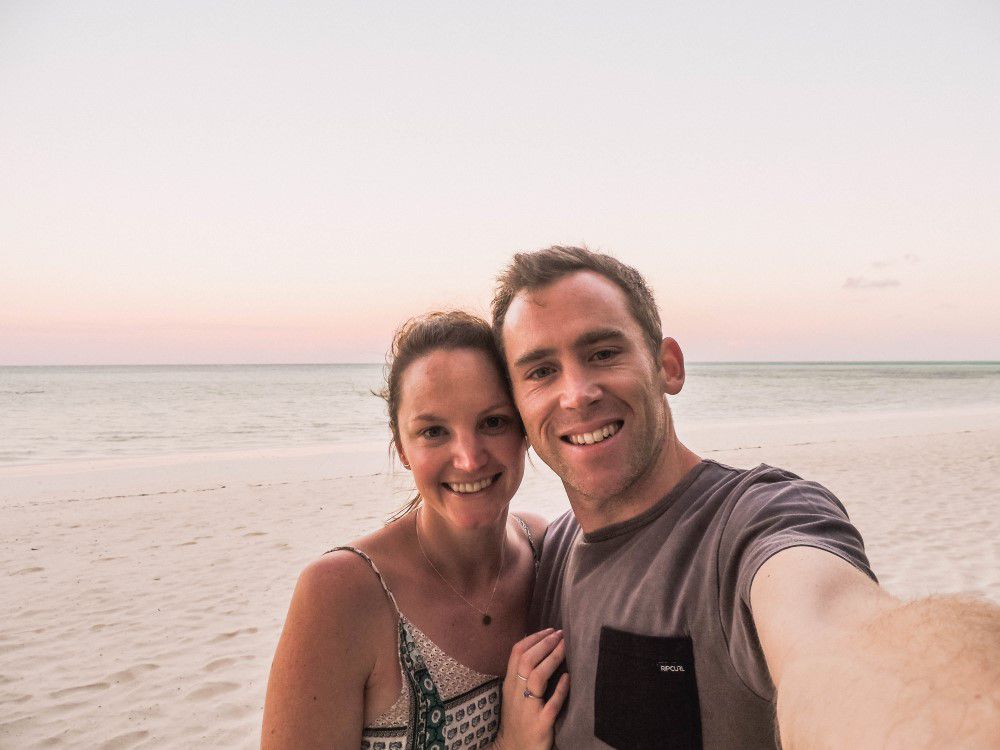 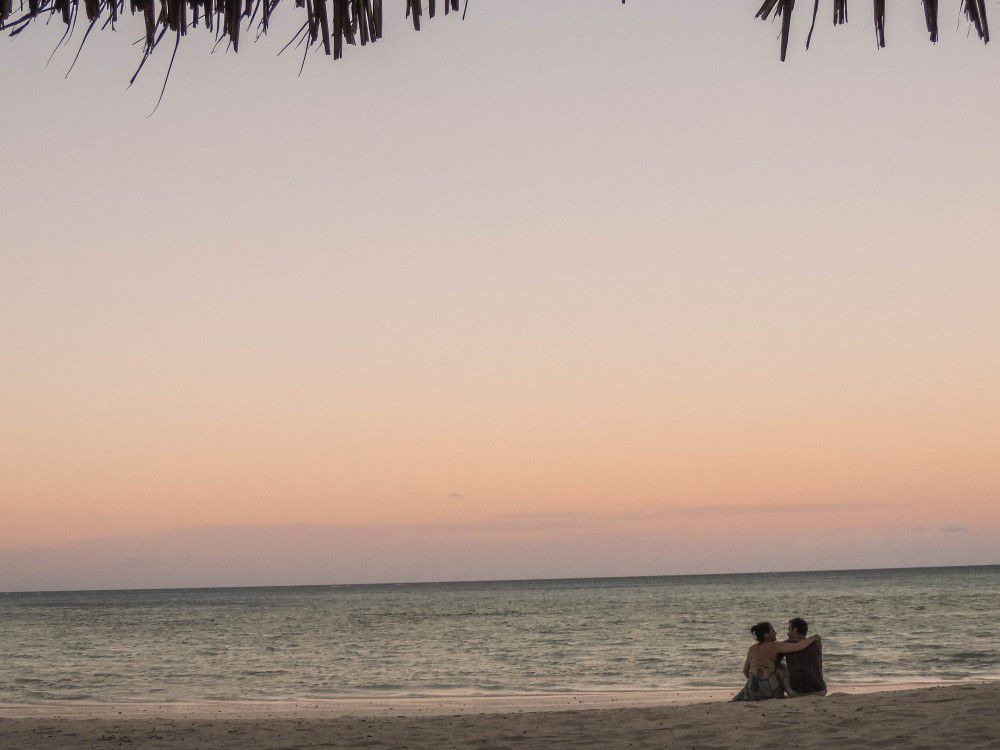