The best kept secret of the Kruger Park 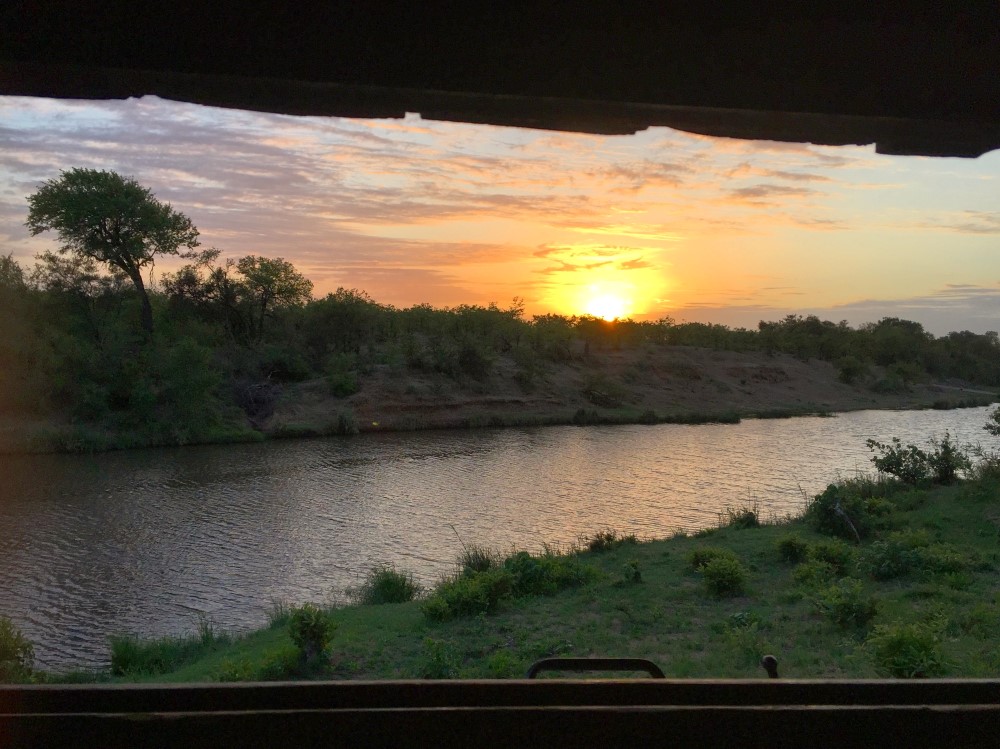 I’ve been going to the Kruger Park for as long as I can remember – my mom still has some of my sightings lists in my round, baby handwriting and superbly creative spelling – but it’s only recently that I’ve discovered its best kept secret.

There are 11 bird hides in Kruger, but two of them are different. 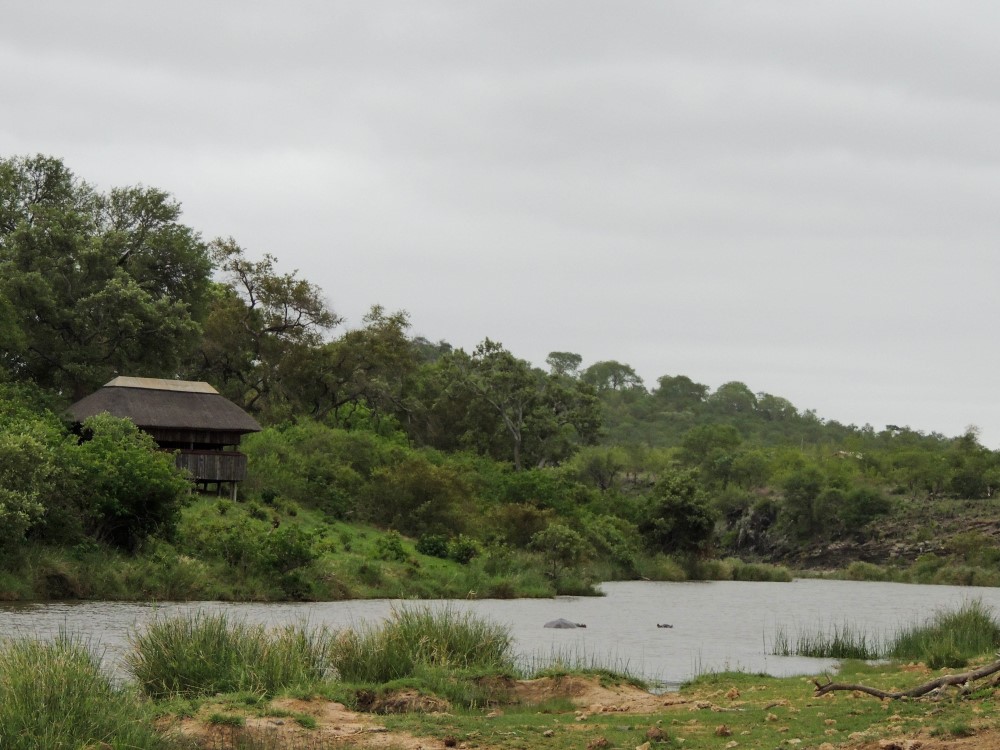 You arrive in the late afternoon and, when all the other cars reluctantly head off to their respective camps, you sit in silence trying to shake this weird feeling that you’re doing something wrong, even though you’re not. You have a piece of paper to prove it. With a stamp.

As promised, a SanParks bakkie rolls up and a man of very few words brings you a 5l tank of water, a canvas bag of bedding, and a trunk that contains a dinner service that would not be out of place in an episode of Come Dine with Me. There are even wine glasses.

You’ve read on the SanParks website that this bird hide by day “transforms into a primitive overnight dwelling by night”. So, ja, there’s a long drop, but no one seems to have told the person who wrote that about the wine glasses.

“Um, is it possible to lock the gate?” you ask, nonchalantly.

“Ok cool,” you say, as he gets in his bakkie and drives away, leaving the two of you alone in the bush.

It’s the same sort of thrill as sneaking into a club underage (which you obviously never did).

While there’s still a tiny bit of light, you decide to make the beds first – a habit formed by your mom that has always served you well. There’s something comforting knowing that it’s ready for you to crawl into, however the night goes.

The hide has six large boards on the inner walls displaying birds you can find in the area. They ingeniously fold down forming beds, each with a comfortable mattress. In the dim light of dusk with the hippos grunting in the river a few metres away, this all feels a bit like magic – especially when the canvas bedding bag reveals mosquito nets in addition to soft duvets and pillows. 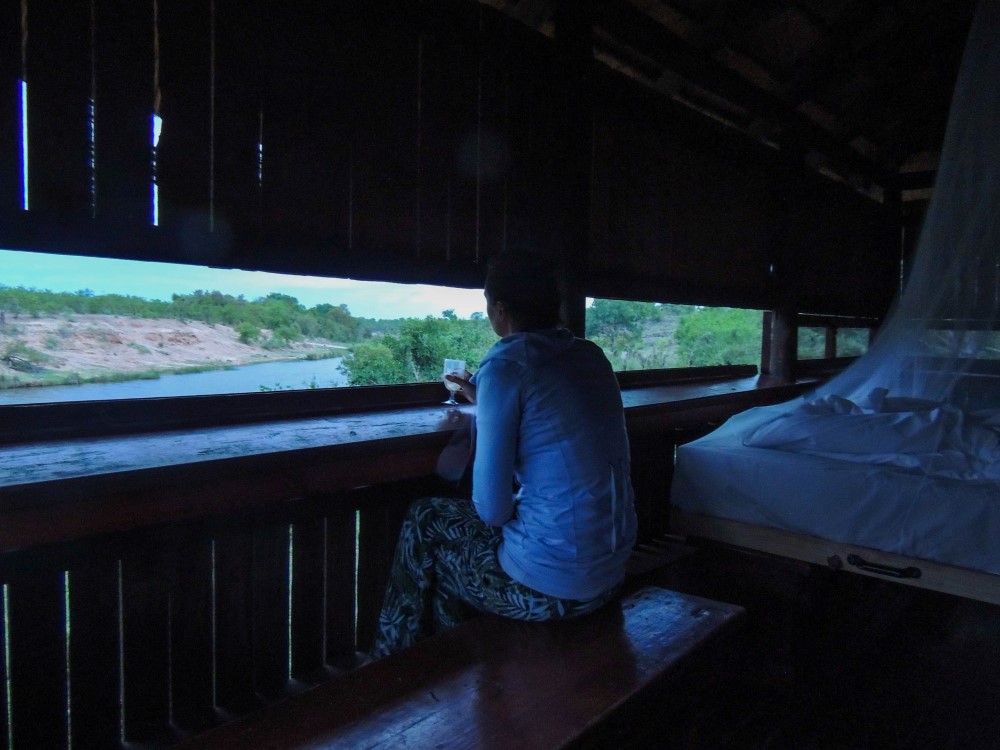 The next most important task is to send Joe to inspect the loo for snakes as you have a “mild” phobia and the last hide you stayed in housed one of these long things.

It’s all clear except for a mouse which is really cute, except that Joe reminds you that some long things consider mice like this a tasty snack, so you try not to think about it and you definitely don’t linger on the loo.

While Joe makes a fire in the boma area you pour two glasses of wine and watch the light fade, marvelling at the fact that they let you do this.

As darkness settles, it’s peaceful and romantic and the wine is delicious, and a mouse runs over your slip-slopped foot. Takkies become urgent. 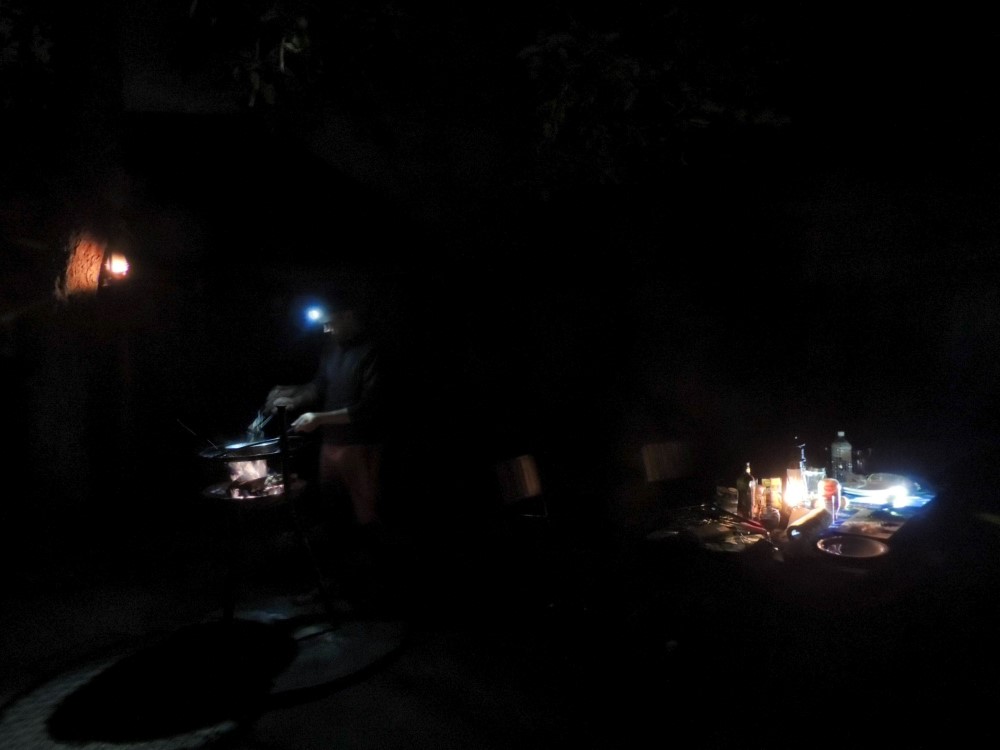 You sit listening to the nighttime sounds of the bush as you braai, acutely aware that all that separates you from the things making these sounds is a thin reed fence, but you feel pretty calm about it, which could be the wine but is probably just because you’re brave and you know that they wouldn’t let you do this if it wasn’t safe.

When you’ve eaten, you sit on the benches watching a family of waterbuck on the far bank, moving surprisingly silently through the bushes.

Something glints in the torchlight, gliding slowly through the water, and you realise it’s the eye of a croc. Even though all you can see of it is its eye, it’s strangely malevolent as it moves past you (and the waterbuck family) downstream.

The beds are gloriously comfy as you get in, making very sure you’ve tucked the mosquito nets around you properly, just in case the mice decide to get friendly.

“Wake me up if you hear anything cool,” says Joe, as he falls asleep almost instantly.

You lie there listening to the hippos grunting, taking it all in, half wishing that “something cool” would arrive, half hoping it doesn’t.

All too soon the pre-dawn alarm you’ve set goes off and you realise you’ve slept completely solidly. You reluctantly get up and turn the hide back into a daytime place before anyone arrives cos they’ll be let out of the camp gates any minute.

You fold the beds back up and pour some tea from the Stanley flask, an investment which just paid for itself because yesterday’s water is still miraculously hot. 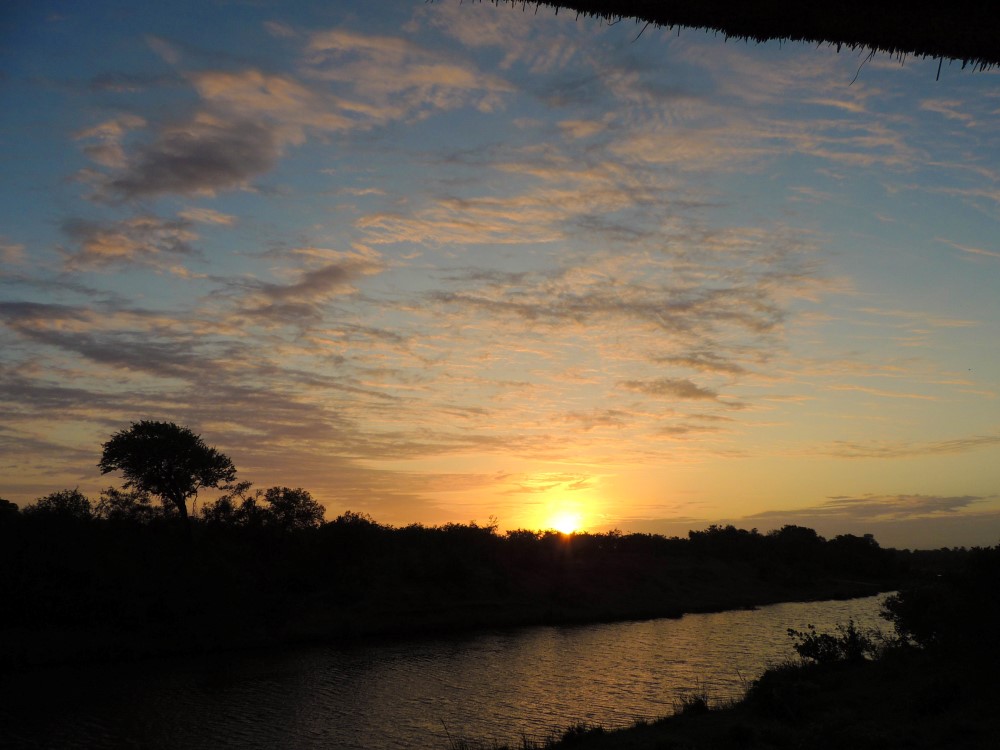 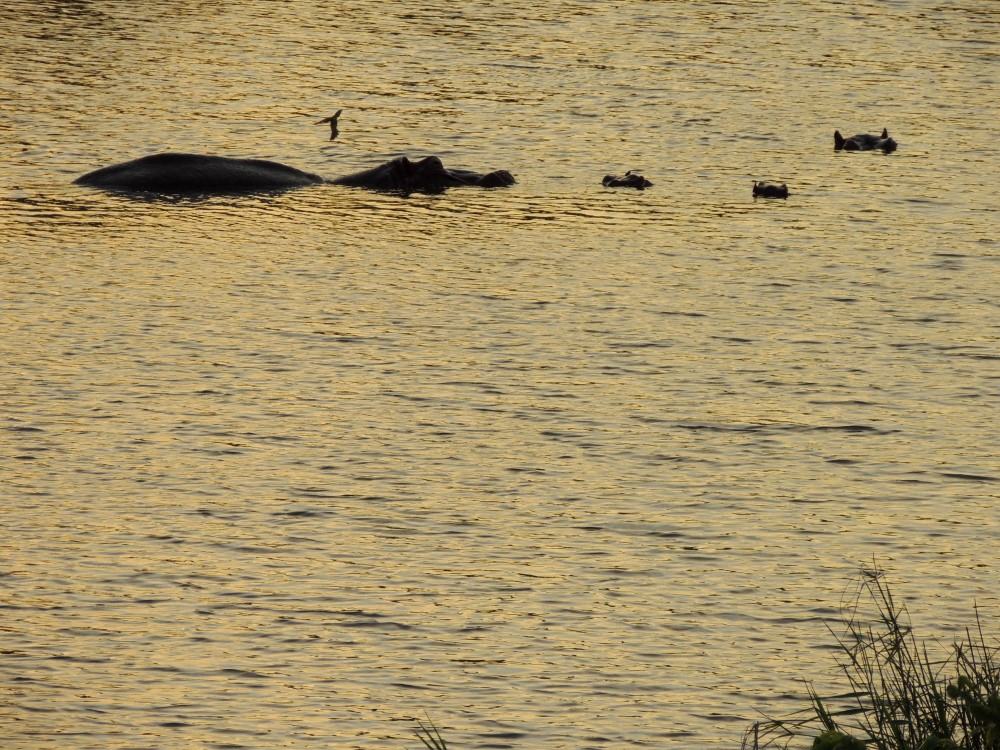 Watching the sun rise over the river with an Ouma rusk in hand, it’s still just the two of you and you don’t want it to end.

You see a car come over the hill heading towards you and you feel strangely possessive of this little structure you’ve just spent the night in. As the metal gate bangs shut and they walk in, the spell of the hide is broken, but then they smile and say, “Howzit, hi, howzit, ja good,” and you feel ok about sharing this little piece of magic with them, suddenly filled with love for South Africans and their casual friendliness.

You pick up your stuff and load it into the car, content to drive off for now because you know you’ll be back. It’s probably the best thing you’ve ever done in the Park – even if it does involve checking the loo for snakes.

The two overnight hides in the Kruger are Sable and Shipandani (where we stayed).

Sable sleeps 12 and is about 10km from Phalaborwa Gate, where you check in.

Shipandani sleeps six and is about 3km south of Mopani, where you check in.

Both hides are booked exclusively, so even if there are only two of you, you just pay for your beds but have the place to yourself. Much to my surprise, it’s one of the cheapest ways to spend a night in the Kruger. It’s R760 for the first two people, plus R350 for each extra person (rates may have increased slightly since we stayed).

You’ll need to bring your own wood and food, but they provide bedding, water, crockery and cutlery. 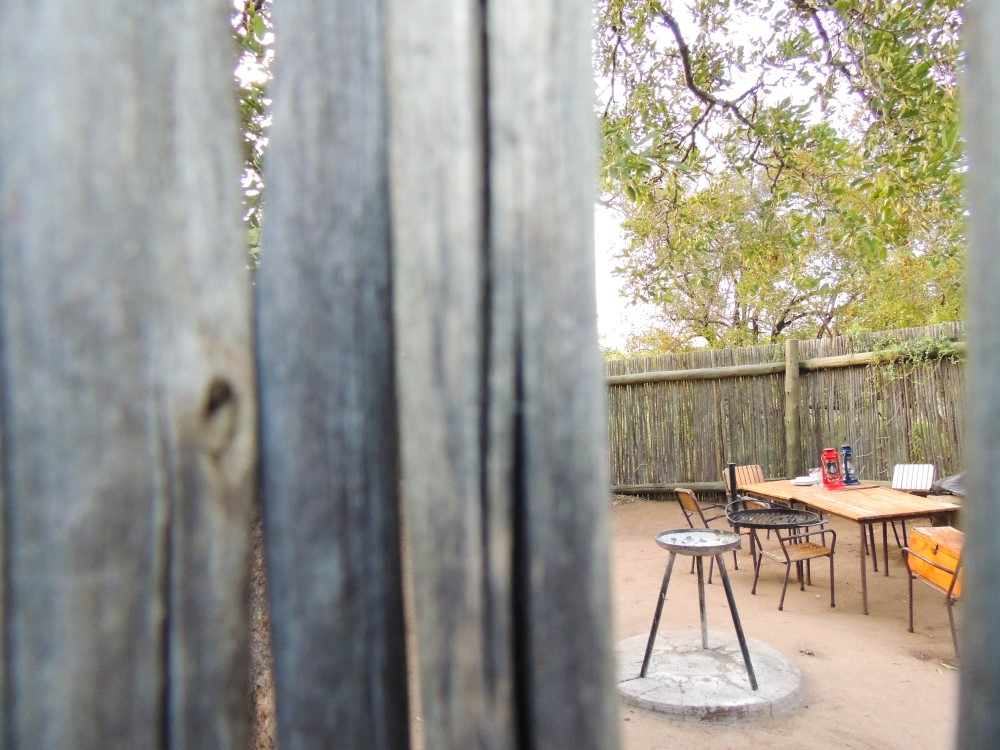 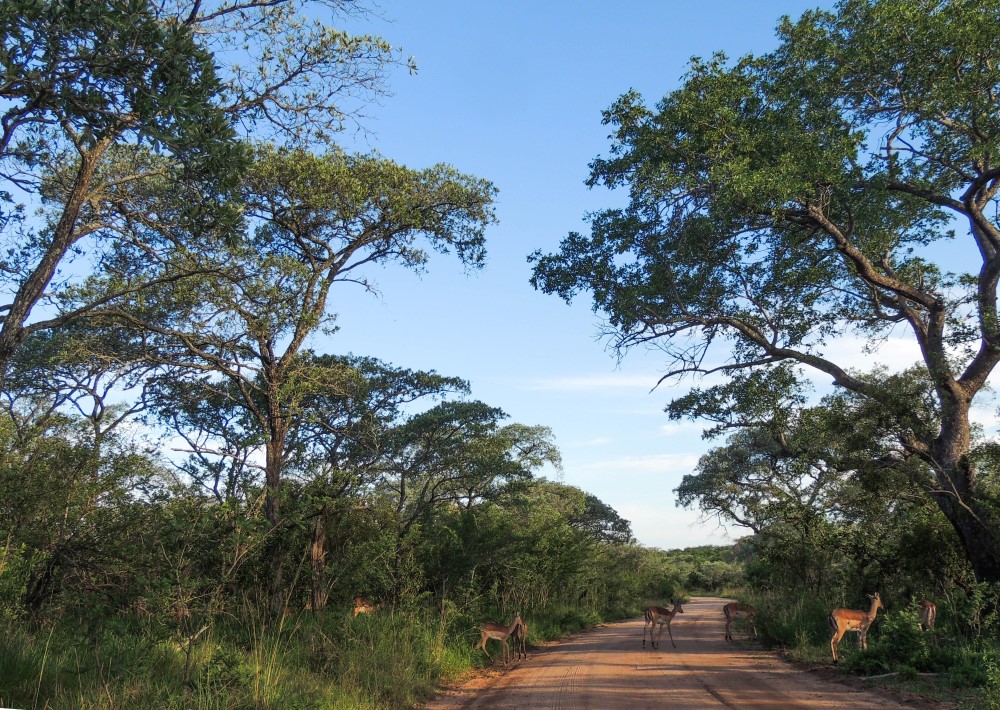 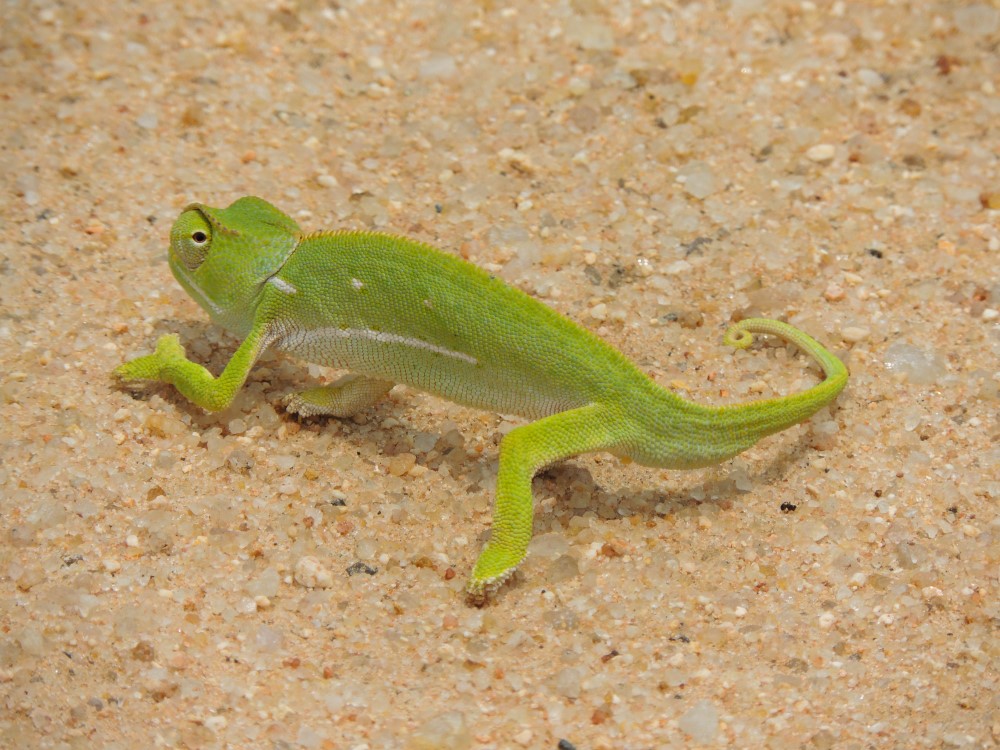 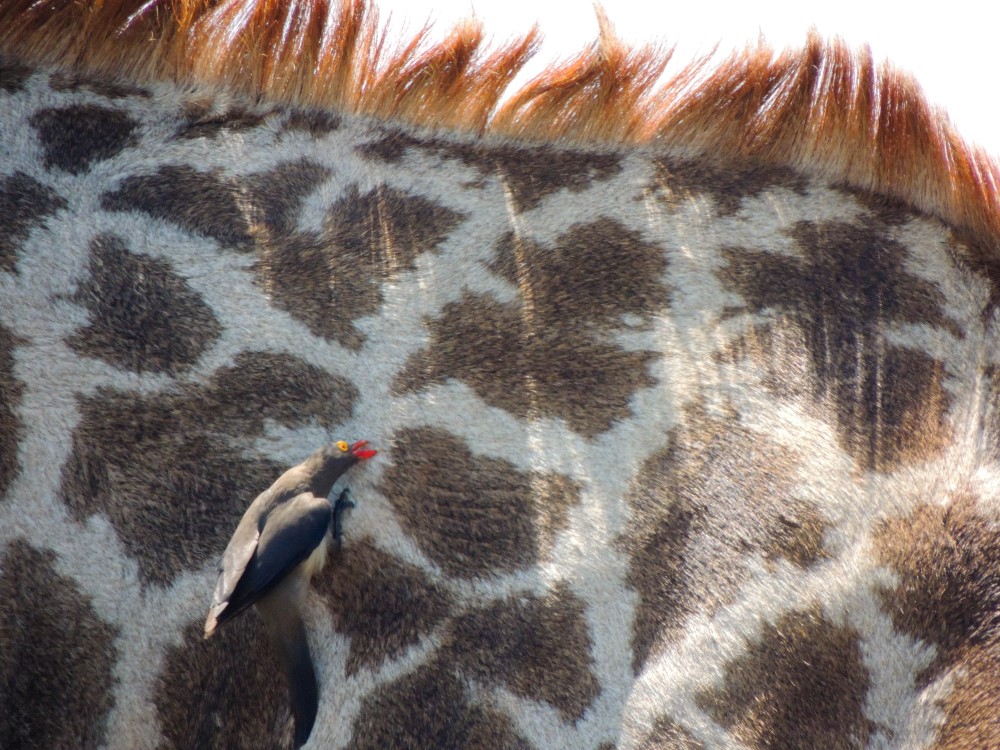 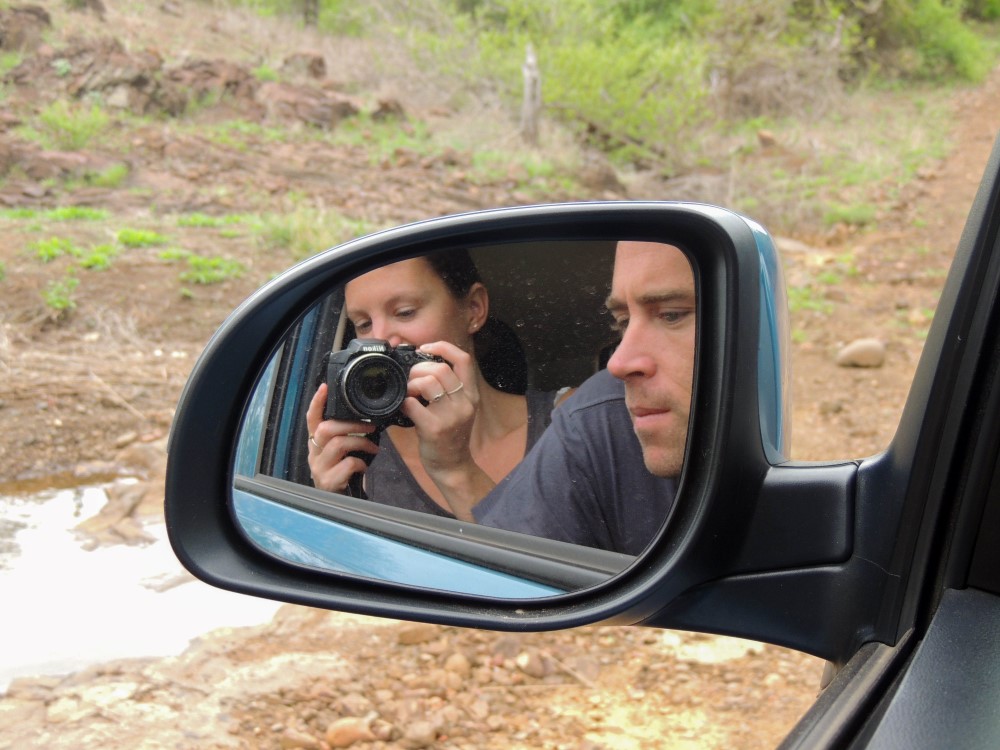 ← The kindness of strangers Souvenirs from Zanzibar →