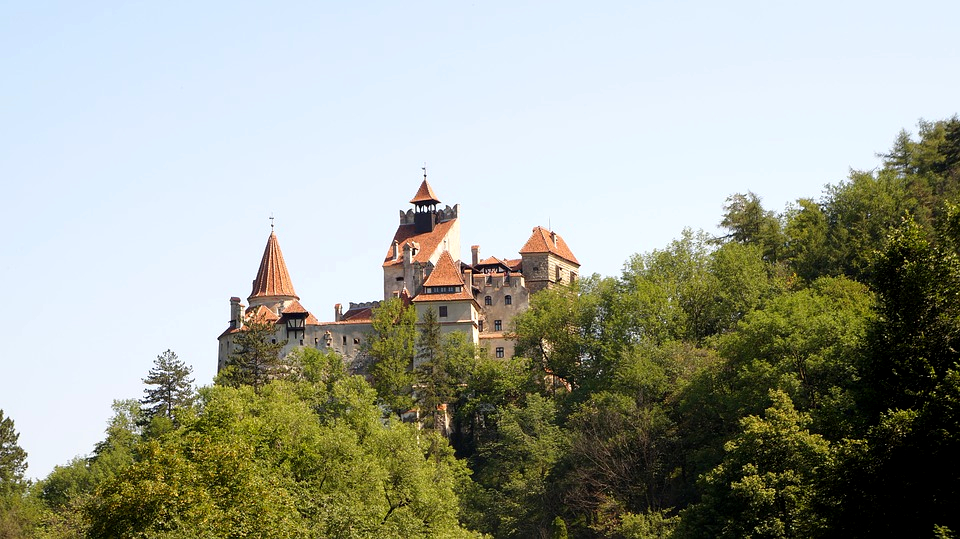 My very first overseas trip was to Romania. Our family has never been very conventional.

The best way to spend some quality time with your cousins who you haven’t seen in ages because they moved overseas is to all pile into a Kombi and go on a road trip through the countryside that is so beautiful and full of people poking hay with forks that it reminds you of that movie Fiddler on the Roof.

The road bends and winds around hills and fields and you’re glad that you have a window seat and don’t have to sit in the boot area because you’re nine and the oldest cousin in the car right now. You suspect that this might not be solid currency for the whole trip, though, because fairness is a thing in your family and Gran is in the car and she’s the boss.

You stop at beautiful places – an old palace with a wooden staircase that winds up and up and paintings in ornate frames on the wall; a beautiful lake with a boat.

It’s at this point that you start to need the loo. So does your sister Deb and your cousin Pips. “I don’t,” says the littlest, Steve. You all look at him.

You follow your mom into a dubious looking building and instantly question whether you do, in fact, need the loo after all.

There are no seats – just a hole in the ground – so it requires a bit of dexterity but you manage and soon it’s just Pips left. The problem is that she’s wearing dungarees.

Your mom helps her by holding her and the dungarees tight while she hovers gingerly over the abyss. You watch as she looks down, and then looks up into your mom’s face with very wide eyes and says, “Don’t drop me.”

Mission completed, you all pile back into the Kombi and this time there’s a scramble for the good seats which you lose so you resign yourself to the boot and vague car sickness but you know that it won’t be for long because Dracula’s Castle isn’t far away.

This turns out to be incredible. You wander through the beautiful rooms imagining what it would be like to be a princess but you don’t twirl because you’re not wearing a dress and also you’re nine.

“We’ll take you to see Dracula’s remains now,” says your tour guide. You’re dubious. She leads you down a dark, winding staircase to a small room covered in murals of Dracula and women wearing long, white nighties. In the centre of the room is a coffin. You realise that the only light in the room is coming from a candle held by a little girl, who is standing next to the tour guide, who is standing next to the coffin. You press a little closer to your cousins.

The tour guide tells you about the eccentric man who lived in this castle and how he came to inspire the legend of Dracula. You’ve heard variations of this story before, but in the flickering candlelight this version feels mightily convincing. Suddenly, the candle goes out and the lid of the coffin flicks up and out leaps a skeleton which runs towards you and you scream as everyone reverses at speed as a unit and you’re sandwiched between the wall and your cousin.

An electric light flicks on. As you blink the terror away, you see that the tour guide and candle-bearer are laughing. It turns out that the lively corpse was actually a man with a glow-in-the-dark skeleton painted on his black unitard, so you peel yourself off the wall and become aware that your legs feel a bit like your dog’s legs look when there’s loud thunder.

On the way to car everyone is a bit giggly, but when you get there there’s a squabble over who will sit in the boot cos you’ve all had a turn and everyone’s nerves are a bit frayed including (especially) the adults, and the fight starts getting louder as everyone states their case.

“Right,” says Gran, “Out the way,” and she climbs into the boot as you all stare in shock.

Suddenly all the kids are keen because you’ve made Gran get in the boot cos of your squabbling and now look what you’ve done!

So you all pile into the Kombi in guilty silence with wide eyes and no one says a thing as the car winds its way back through the fields in the golden light.

Slowly, carefully, you turn your head discreetly, just enough to look at Gran in the back.

She’s looking out the window, trying not to smile. 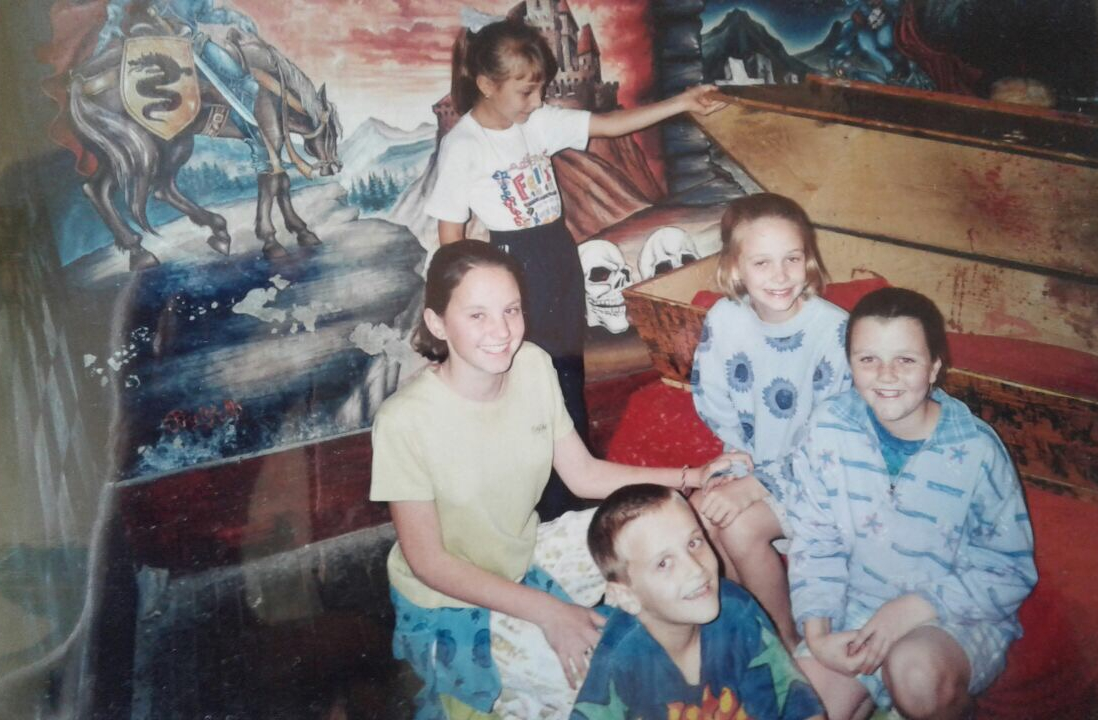 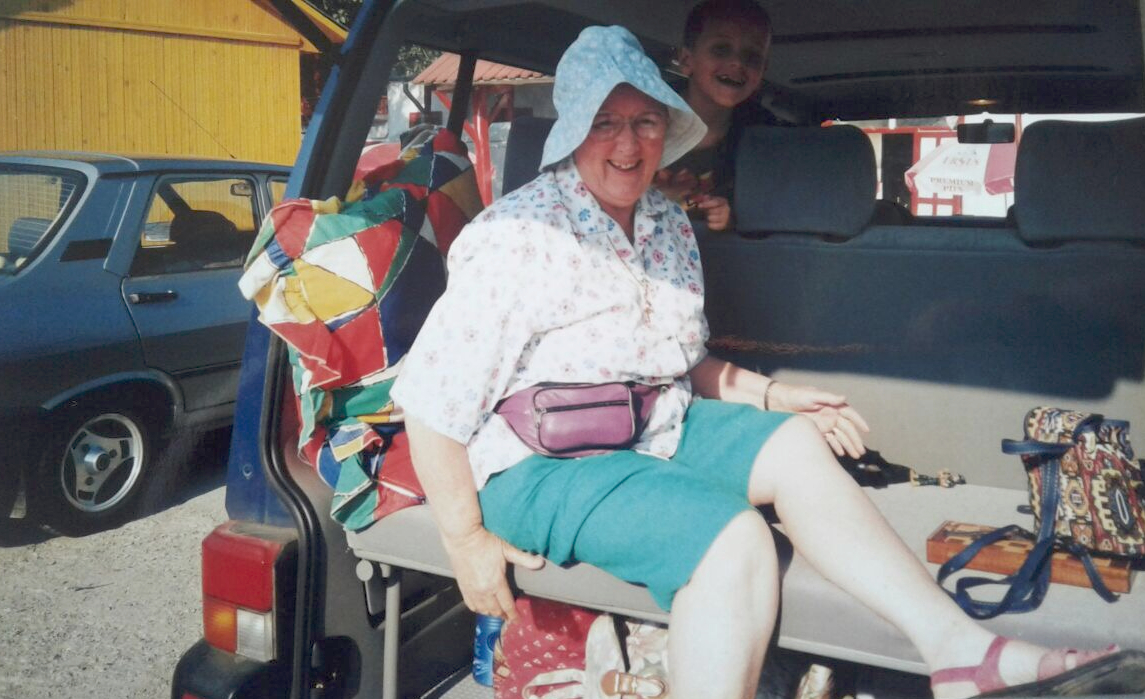 ← Once upon a time Travel and the happiness jar →